Murals and Marxism: Life for a graffiti artist in modern Havana 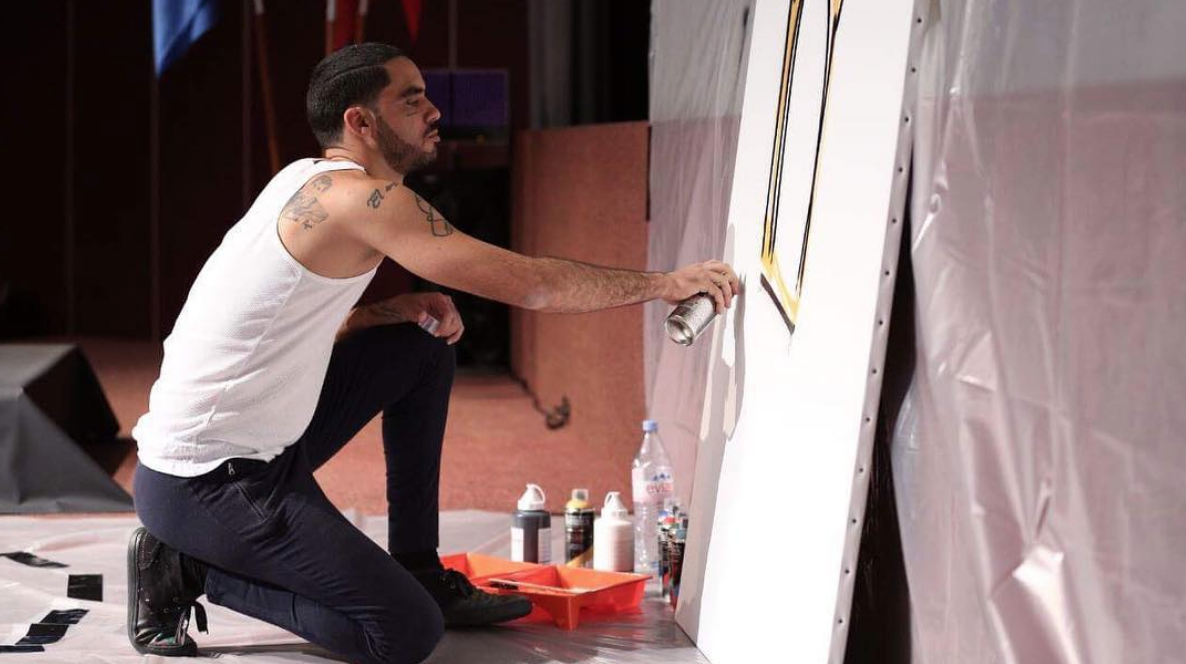 In 2016, I spent five weeks of a sweltering summer in Havana. While there, Danilo Maldonado, a Cuban graffiti artist, shared his story with me.

HAVANA – Despite having spent months in Cuban prison, Danilo Maldonado walks fearlessly through Havana on a scorching July afternoon. His height, well over six feet, gives the artist a larger-than-life presence as he weaves effortlessly between speeding cars and speaks of his love for Havana.

“I don’t like the government” is a remark Maldonado has rehearsed before, through not only word of mouth, but the avant-garde art he creates. It’s a statement that has labeled him one of Cuba’s most high-profile dissidents. In 2014, it landed him a 10-month stint in Valle Grande, a prison outside Havana.

Still, Maldonado was willing to speak to the press.

He continued walking until we reach Casa Balear, a muggy bar where a mojito, lined with grains of raw sugar, costs about 70 cents. Unlike most Cubans, who can barely afford a passport, Maldonado has left the island and seen the world. Clutching a sleek iPhone— another rarity in Cuba—he listed the places he’d seen: Miami, New Orleans, Washington, D.C. His artwork earned him a trip to the 2016 Oslo Freedom Forum in Norway.

Of course, there’s a catch: the art that gained Maldonado such international recognition is risky for any Cuban citizen. Using unconventional media—from paper planes to live pigs—Maldonado’s mission is simple. His works protest the socialist Revolution that has engulfed his homeland for the past 58 years.

Even Maldonado’s nickname is a grating act of rebellion. In 1998, five Cuban natives were arrested for espionage in Miami— they had been working to help the Castro regime. These five Cubans came to be known as los Cinco Cubanos (Spanish for “the five Cubans”). “El Sexto,” which translates to “the sixth” in English, is an intentional reference to los Cinco Cubanos. In Castro’s Cuba, the Cuban Five are often praised. Seeking to mock Castro and the Revolution, Maldonado claimed the name for himself.

“If you are telling me that they are superheroes or super, whatever they may be, I also am a superhero,” Maldonado said.

He spoke of painting as a child, then creating stencils in the streets as a young adult. The loud roar of old car engines floated through the bar’s wide, open windows. Maldonado, now 34, sat on a terrace in broad daylight— not bothering to hide from the government that had imprisoned him for almost a year.

“What they think is not important to me,” he said of the Cuban government in a splash of quick-spoken, Caribbean Spanish.

“What I think it important to me.”

On Christmas Eve of 2014, Maldonado approached the center square of Cuba’s capital with two pigs. Slathered in spray paint, the animals displayed the names “Fidel” and “Raul”—a not-so-subtle jab at the Castro brothers..

“One day it occurred to me and I saw so clearly how the pig was like them,” Maldonado said.

Almost immediately, he was escorted from the park. Before he could perform his political piece— entitled “Rebelión en la Granja,” a reference to Orwell’s “Animal Farm”— Maldonado was destined for jail. He had suspected his dissenting performance would warrant a price, but he hadn’t expected to endure 10 months behind bars.

“I wasn’t just imprisoned. I was imprisoned for something that I thought didn’t exist anymore,” Maldonado said.

There was an uproar around the world. Arts organizations, like Voice Project and Arts Freedom, demanded liberation of the man “imprisoned for art.”

For others, Maldonado’s pig-centered performance was never art in the first place.

“I respect El Sexto,” said Yulier Rodríguez Pérez carefully. Pérez, another Havana-based artist, has been coating the city in his signature, ghostlike murals for years. But unlike Maldonado, Pérez’s work hasn’t insulted the government.

“I do not see him so much as an artist,” said Pérez, “I see him more like a political activist who uses art to do activism.”

Pérez’s opinion of Maldonado is widespread, according to Bryan Campbell Romero, a Cuban university student.

“A lot of people in Cuba see him not like an artist, but more like a dissident,” Romero said.

As we sat down in the sun-drenched terrace of a cafe, Romero decided to discuss Maldonado in English, rather than Spanish. People might listen.

Maldonado was released from prison in October of 2015. The following February, he traveled to the safety of Miami, where many Cuban-Americans hold resentment for Castro. This time, he performed the piece and showcased the pigs, miles away from the Cuban government’s grasp.

When faced with the question of whether his work is artistic or political, Maldonado responded simply: “Sea lo que sea.” It is what it is.

His future plans, Maldonado added, involve creating more controversial pieces and performances. The threat of the police did not concern him.

“Art doesn’t care about how many weapons you have,” Maldonado said.

Months later, Maldonado followed through on his promise to deliver more controversy.

In November of 2016, Fidel Castro died at the age of 90, causing a shockwave throughout the world. While many grieved the death of Cuba’s former president, Maldonado was quick to celebrate. With spray paint, he wrote two short words, se fue—“he’s gone”— on the side of the Hotel Tryp Habana Libre, one of Cuba’s largest hotels.

The simple phrase brought about another arrest: a 55-day stay at a maximum security prison. In January, Maldonado was released yet again. Today, he remains in the United States, showcasing artwork in Miami. Only time will tell what statement Maldonado will make next— and how.

“My vision? That my son doesn’t have to grow in any way that it is a crime to think. That he grows in a free place, where nobody tells him that he has to be like ‘Che,’” Maldonado said during our July interview

Life for a Cuban graffiti artist like Maldonado is precarious. In Miami, a city that waved flags and screamed with joy on the night of Fidel Castro’s death, Maldonado is embraced. In Havana, he’s discussed in hushed tones in muggy bars. That man is not an artist, a friend said in careful English one night, as we walked through the Plaza de la Revolución where Che’s illuminated face stretched into the dark sky.

Whether Maldonado’s efforts are admirable or insulting, he represents a different side of art in Cuba: one that is raw, gritty, provocative, even dark.

“The debate is a key to solve the problems. I think we don’t have that in academia,” said Romero.

“Maybe in the streets, that debate is going on with graffiti.”

Tags:
Previous Article
This Week in the World | 10.30.17
Next Article
How Temple Should Approach DACA

What We Can Learn From North Korea
Alexander Voisine October 20, 2017

Reclaiming the Girl in the Mirror
Noelle Qifu Cress October 15, 2017

What We Can Learn From North Korea

Reclaiming the Girl in the Mirror