How Temple Should Approach DACA 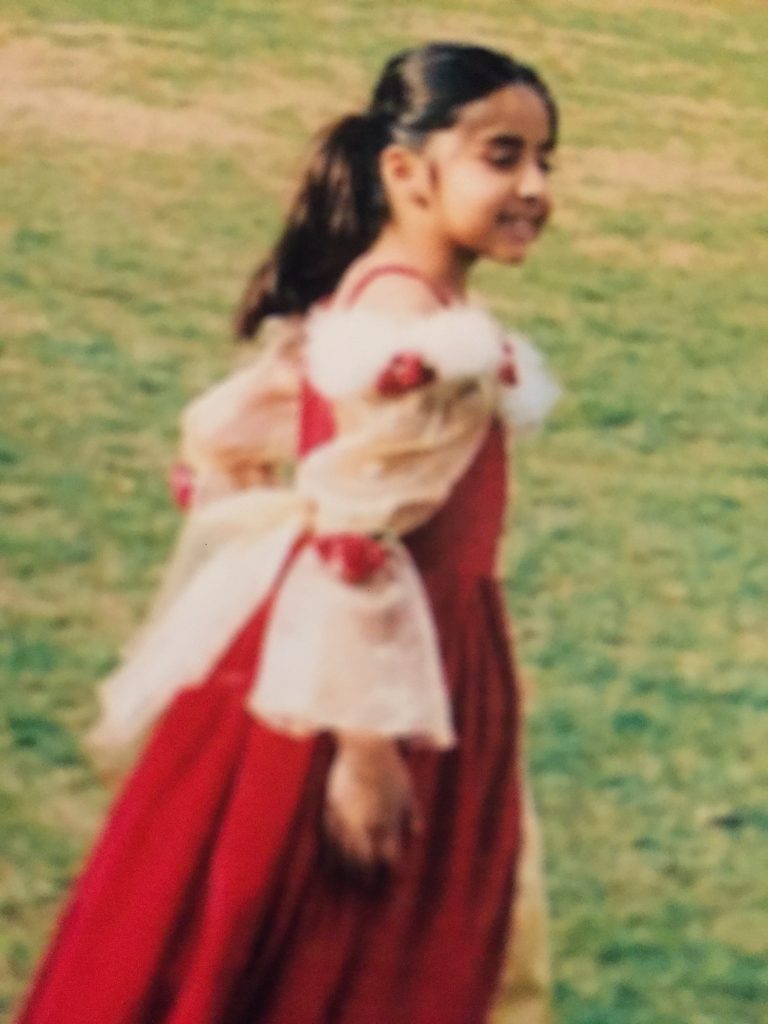 This is me at about six years old, the average age Dreamers arrive in the U.S.

DACA was created in 2012 as a compromised solution to the previous Development, Relief and Education for Alien Minors (Dream) Act which was rejected repeatedly since 2001. This act intended to provide children that immigrated illegally the chance to gain legal permanent residence within the U.S.

Each year, thousands of Dreamers arrive in the United States. “Dreamers” is a term used for Americans protected under the Deferred Action for Childhood Arrivals (DACA) that was introduced as a federal program in 2012 by former President Barack Obama. The program was created to protect individuals who came into the United States illegally as children. Many DACA families move to the United States due to it being the only (or one of few) other countries and cultures they know well. Through DACA, these Dreamers are provided with the temporary right to live, work and study in the U.S in order to avoid issues such as family separation.

After moving to the U.S. twice before the age of thirteen, receiving permanent residence in the United States was an incredibly surreal experience. While I did not enter this country the same way as thousands of Dreamers do each year, I have become hyper-aware of how difficult it can be to gain legal residence in the United States. My experiences as an immigrant have led me to consider, on a much deeper level, the significant compromises and challenges any form of immigration entails. Moreover, my fortune has shaped my strong solidarity with those currently at risk or impacted by the current state of affairs regarding DACA both at Temple University and beyond.

To become protected under DACA, immigrants need to meet a number of requirements, including:  arrival in the United States before age 16, being younger than 31 years old (by June 15th 2012), and having been without legal immigration status. (You can view the full DACA eligibility requirements here). In addition to this, immigrants were required to work with a lawyer, purchase and complete applications, undergo background checks and fingerprinting, and have their application approved to officially become a Dreamer and eligible to receive the protections of DACA.

DACA has become a recent point of attention and discussion in the U.S. and here at Temple due to the Trump administration’s decision to phase out DACA and the protection it provides for immigrants. The announcement took place in early September 2017, impacting an estimated 880,000 Dreamers and their friends and families. Despite initial panic and hysteria, the overall cancellation of DACA will not be immediate and has not been made permanent at this time.

The administration announced that Congress will have a six-month period, up until March 5th 2018, to find an alternative for the federal program. Nevertheless, the administration did declare that new DACA applications will not be accepted. This means that children who have arrived in the United States can no longer apply for Dreamer status.

This decision has been met with a lot of political and social uproar throughout the U.S. due to its serious implications for hundreds of thousands of immigrants. At this moment, Dreamers will also be unable to renew their DACA protection, causing thousands of individuals to lose DACA status between March 2018 – March 2020. Out of the 886,814+ young dreamers that had received DACA approval as of March 2017, it is possible that at least 110,653 will lose DACA status by December of this year.  However, senior homeland security officials announced that DACA permits that expire before March 5th 2018 were eligible to apply for a 2-year renewal prior to October 5th. Currently, the majority of Dreamers live in Florida, Texas, California, and New York and are from Mexico, Guatemala, El Salvador, and Honduras. 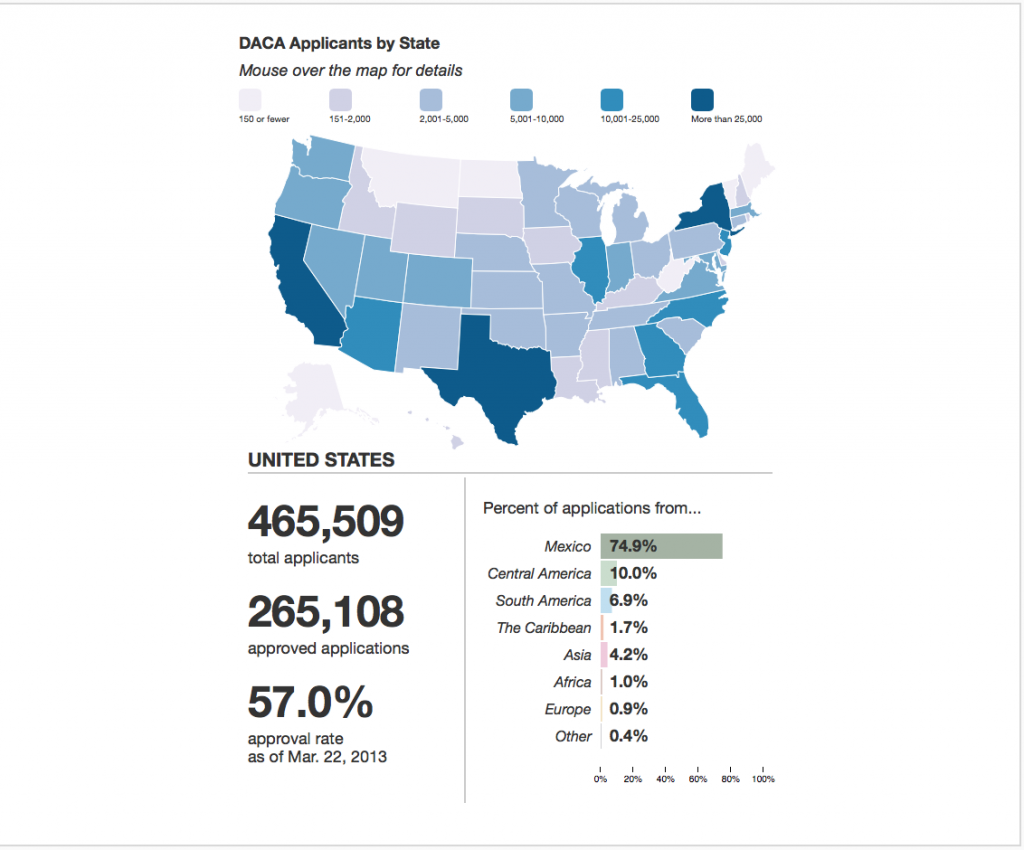 Despite the recent upset caused by the administration’s decision to rescind DACA, it has not come as a total surprise to millions of Americans. Plans to rescind DACA began during the 2016 campaign season and were part of the President’s top agenda  for reforming immigration.

Moving forward, there remains a large amount of uncertainty for individuals impacted by DACA. While there has been a lot of political discourse about the issue, the administration has yet to confirm whether Dreamers will be deported out of the United States if an alternative program is not decided upon. Large organizations such as Human Rights Watch and DoSomething.org have responded to the DACA issue with several public acts of support. In addition to this, many popular U.S. celebrities and political figures have used their platforms to stand in solidarity with Dreamers.

Temple University has also spoken out in the support of Dreamers and all those impacted by DACA. University President Richard Englert addressed the university on September 12th by stating his solidarity and expressing that Temple will continue to provide support in the context of all local, state and federal laws,

“On Sept. 5, the U.S. Department of Homeland Security issued a Memorandum on Rescission of Deferred Action for Childhood Arrivals (DACA). We understand this can be a stressful time for young people who grew up in this country and potentially face not being able to remain through no fault of their own.

We are committed to doing all we can to assist our students to achieve their dreams. As a public university, we provide a high-quality education to all of our students, and we will continue to provide this support in the context of all local, state and federal laws.”

In addition to this, the President also signed a letter along with many other university presidents and chancellors urging the government to protect those impacted by DACA.

Freely Editor-In-Chief Alex Voisine sat down with Professor John Newman, President of TUAP (Temple of Association University Professionals) to further discuss DACA and its implications on campus. Newman expressed his deep concern for the current state of affairs and shared that both TUAP and the National American Federation of Teachers condemn the rescinding of DACA, considering it to be both inhumane and cruel. While it would be ideal to have a larger, more humane and comprehensive immigration reform, Newman states that in the short-term he hopes Congress will pass legal protection for those at risk. “We hope that Congress passes some legislation to try and [put in] law some protections for these people that deserve protecting.”

TUAP has reacted to the current state of DACA by releasing statements of support, declaring a strong desire for Temple to protect its at-risk community members of staff and students, and has entered into a coalition with Temple Student Government, recently hosting a DACA Town Hall. In addition to this, Newman works with other union members to help spread resources.

TUAP members have also joined about 1,100 other faculty and students in signing a letter that urges Temple to do more to support its community and declare itself as a sanctuary campus. Newman did acknowledge that it’s important to consider the interests of the university as a whole, especially with the continually state government threatening to revoke funding for sanctuary campuses. But he still believes more could be done.

“These are our students,” said Newman. “If we don’t stand up for them, what are we about? What are we doing here?”

Another suggestion Newman provides is legal aid for students and Temple community members who may be impacted by DACA.

With so much uncertainty, it is crucial that the Temple community recognizes the immense vulnerability of many students, faculty members, employees, and families on and near campus. It is highly important that Temple thinks about how it can use its platform to actively promote a safe and supportive environment for current and future members of the Temple community. As a large university that prides itself on diversity, this is a message that can’t be overlooked or undervalued.

If you have questions or concerns about the current state of DACA or need assistance, please contact the Dean of Students Office, which offers counseling through Tuttleman Counseling Services, and to the office of International Student and Scholar Services.

Previous Article
Murals and Marxism: Life for a graffiti artist in modern Havana
Next Article
The “Reel” Experience