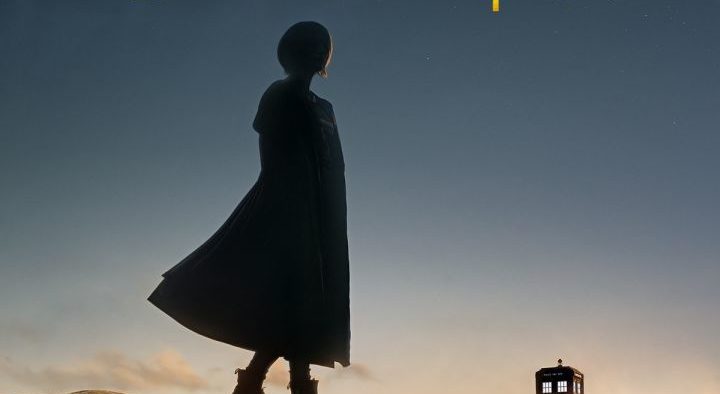 I’ll admit that I haven’t properly sat down and watched Doctor Who in years, but there’s something new and exciting in this season: this is the first time a woman has been cast as The Doctor. Jodie Whittaker kicked off the most recent season, leading the cult classic in the title role.

The show premiered in 1963 with now established cult acclaim. What set it apart from every other science fiction show of the sixties: the main character, a Time Lord from the planet Gallifrey, could die and “regenerate” into a new version of himself, complete with a new body and a new actor to play him. Starting with William Hartnell, the original TV show ended in 1989 with the seventh iteration of the title character played by Sylvester McCoy. Paul McGann depicted the role of the eighth Doctor through one TV movie and a decade of radio dramas. In 2005, the show was reborn, Christopher Eccleston leading as the ninth Doctor in a modern-day reboot. The regenerated show has run through five other Doctors before season eleven, and a new Doctor, premiered on October 7th.

I sat down with my friend and fellow fan Michael Berbano to watch the 65-minute long season premiere, and it was nice to get excited about “Doctor Who,” something I haven’t done since high school. “It’s very promising. The best part of it was Jodie. She really stood out in the world. For other Doctors it took awhile for me to get used to them as the Doctor, but Jodie really stepped up for me.” Michael said. “I’m looking forward to stuff in the future…. It’s a great breath of fresh air.”

As the show continuously features new stars and casts, there has always been a hype up of new character introductions, new Doctors, and new showrunners. Since entering the modern age, reactions and speculations have entered the mainstream, and articles revolving each new Doctor announcement have accompanied each new choice. One continuous speculation was whether new and more diverse casting would finally be introduced. In an article from 2013, Jennifer Finney Boylan wrote about the disappointment that came with the announcement that Peter Capaldi would be playing the 12th iteration of the Doctor, (technically) the 14th white man to play the role: “If the Doctor can regenerate into any form, it seems, oh, just a little dispiriting, that time after time he invents himself as a white British male.”

Recently, it appears the show is looking to meet more modern expectations, both in front of and behind the cameras. Season eleven doesn’t just bring Whittaker on as the Doctor, but Tosin Cole and Mandip Gill as well, two actors of color, to round out the main cast. Chris Chibnall, an established writer on the show, has replaced the notably absent Steven Moffat as showrunner. Several writers of color and more women have been brought on to the writing team, making this the first time non-white writers have written for the show. The editing team is completely made of women, and two female directors, Sallie Aprahamian and Jennifer Perrott, have been asked to guest direct.

Are all these changes good for the show? I’d say there definitely are! This season is embracing the best of the new while paying an excellent homage to the old. I saw Whittaker emulate former stars Peter Capaldi and Matt Smith in her take on the Doctor as her character figured out who she was throughout the course of the episode. Smith brought a nervous but goofy energy to a formerly serious character, which Whittaker perfectly applied to the absurd fact of hunting an alien that comes out of a giant egg. Capaldi brought a curmudgeon-like attitude to the Doctor, making him older and grumpy, with Whittaker applying this attitude to her empty pockets and inability to quite think straight. Gorgeous cinematography, reminiscent of seasons past, with up to date special effects stand in loving contrast with a paper-mache alien egg that looked like a green Hershey Kiss. It is the best cheesy sci-fi parts of “Old-Who,” the series before 1989, and the heartfelt parts of “New-Who,” the reboot.

Above all, it felt like a distilling of what “Doctor Who” is ultimately about: how stupid and weird and brave humans are, and one alien Time Lord who loves them for it.