Take a Walk on the Korean Side 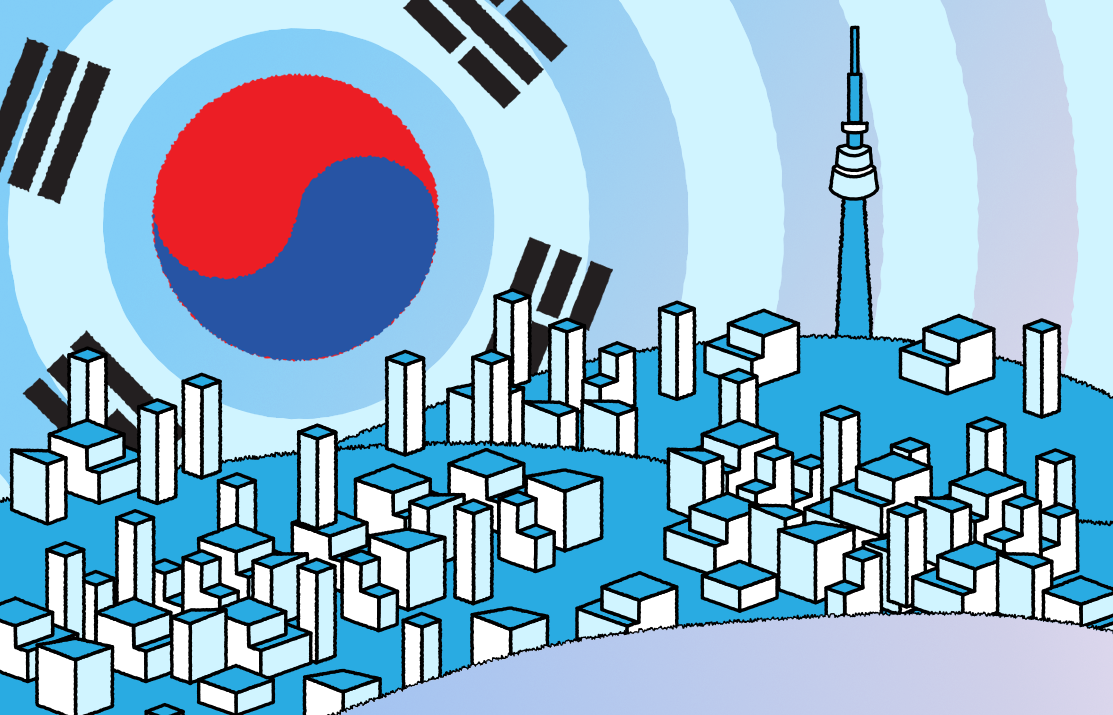 The journey began with a call from my mom. “I’m going to South Korea for work,” she said. “Do you want to come?”

All I knew about South Korea were Hyundai cars, Samsung phones, and the ever-catchy hit “Gangnam Style.” I had never thought about going there until that moment; honestly, the idea of traveling hours upon hours by plane bored me. On the other hand, I’ve always seen traveling as an investment – I would rather buy a once in a lifetime trip to South Korea than material possessions. So, I figured, why not? I bought my ticket and reserved a room for two weeks in the hip Gwonnong-dong district of Seoul. Afterward, I would take the bullet train and stay in Busan for a few days.

In May, my mom and I flew from JFK to Seoul International Airport. I’m the day of our departure, I tried to imagine what Seoul might be like. Sure, I’d seen reports on TV about South Korea’s booming economy; I’d heard about their beauty products, and I’d eaten kimchi once or twice. But other than that, what did I really know? I was ready to experience everything both cities had to offer.

Over 20 hours later, we followed dozens of signs in Korean and English to pass through customs. While we were in line, a woman in front of us turned around and declared: “This line is for Koreans only.” I was shaken by her comment. I’m not Korean, but I had never expected to be singled out as a foreigner.

Over the next two weeks in Seoul and Busan, my mom and I stuck out like sore thumbs. Our jeans, tennis shoes, and windblown hair contrasted their porcelain skin, perfect hairstyles, and color coordinated outfits. There came a moment when I thought, I feel so ugly and underdressed! Later, we learned that tourism is still a developing industry in Seoul – few Caucasians travel to South Korea. The city’s hop-on, hop-off tour busses are used more often for practical purposes than sightseeing. In hotels, restaurants, and shops, we experienced difficulty communicating with staff, and incorrectly navigating the subway could easily lead you off the beaten path. What’s more, signs and restaurant menus can be misleading – words like “fork” and “copy” actually mean “pork” and “coffee.”

These frustrating experiences helped me understand how immigrants and foreigners feel in America. But despite encountering some discrimination and language barriers, many South Koreans we met were pleasant and polite. When we asked for directions, locals walked with us to our destination. When we entered a business, we were often greeted with a friendly hello and left with a thank you. And although it’s considered brazen in America, South Koreans openly asked to take pictures with us. These hilarious encounters made us feel even more unfashionable, and they became an inside joke between my mom and I.

In many ways, South Korea is a modern nation, yet it remains rooted in ancient traditions. Samsung, Hyundai, and Lotte have popped up all over Seoul and Busan. Shiny new cars zip by, and Western retailers like H&M and Zara are peppered throughout downtown. Yet if you look hard enough, you will find beautifully preserved Buddhist temples overlooking the ocean in Busan. In the heart of Seoul, temples and palaces, like the Changdeokgung, are just minutes away from a Subway, KFC, or 7-Eleven. I watched people snap selfies with colorful soft-serve ice cream and animal-shaped cookies, and with Ryan and the Kakao Friends, life-size cartoons animals popular in Korea – I felt like I was in Times Square.

Until I traveled to South Korea, I had assumed there was a stark divide between East and West, the ancient and the modern. Yet Seoul and Busan are among the most cutting-edge cities I have ever visited. My trip challenged my perceptions of the East – America can take notes on South Korea’s progressive urban planning. The amazing places and people I encountered have left me eager to embark on my next adventure. Perhaps next time it’ll be Vietnam, Thailand, or Cambodia.