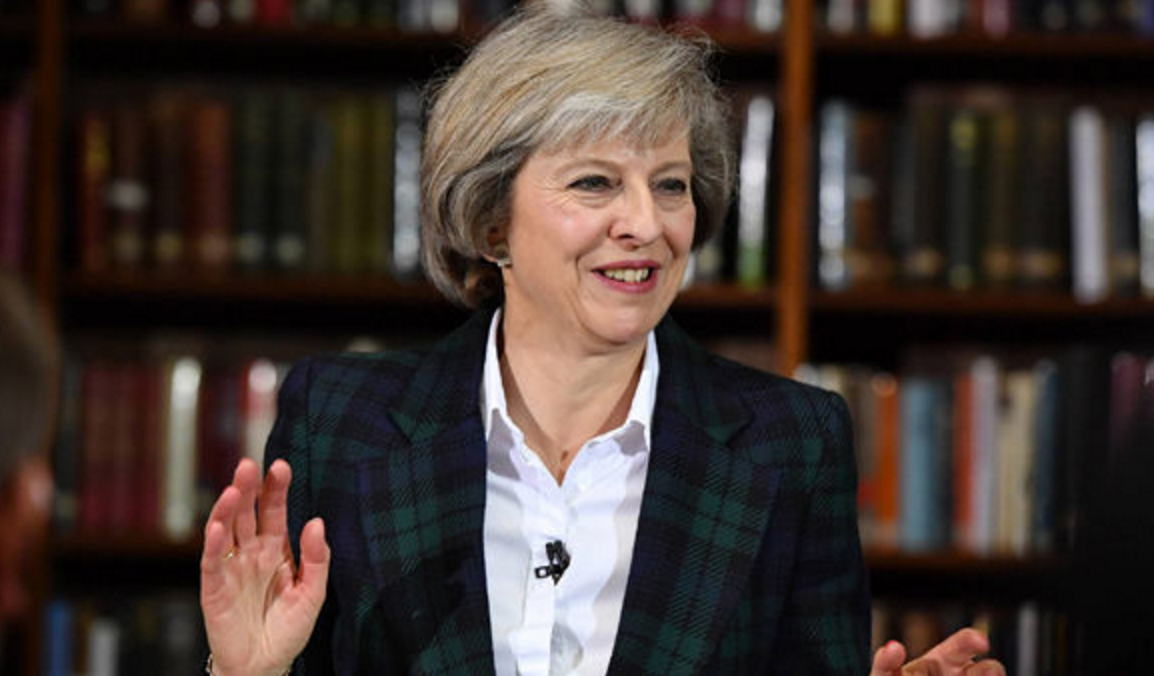 For the first time in the World Health Organization’s history, an African national has been voted to head the agency. Ethiopia’s Tedros Adhanom Ghebreyesus was appointed as Director General of the W.H.O after winning over 66% of the required votes and  defeating  his closest challenger, UK’s David Nabarro. Ghebreyesus succeeded Margaret Chan, who has been Director General since 2007. At the WHO’s annual assembly, Ghebreyesus told health ministers that “All roads lead to universal coverage. This will be [my] central priority.” He noted that only half of people today currently have access to health care without risking impoverishment.

During his time as Ethiopia’s health minister, Ghebreyesus reformed the country’s ailing health system, he created 3,500 medical centers, and increased the country’s medical workforce by 38,000, the vast majority of them women. Ghebreyesus has promised to advance universal health coverage and expand access to medication and services for conditions such as HIV, tuberculosis, malaria, diabetes, cancer and mental health disorders.

While this is a historic event, not all Ethiopians are celebrating Ghebreyesus’ appointment. The UN recently warned that at the end of June, Ethiopia would run out of food aid for 7.2 million people affected by drought. Although the Ethiopian government has fared better with the drought this year than in previous years, they still do not have nearly enough funds to address food security issues. The government and aid groups are calling for help, but they fear that “donor fatigue,” the gradual unwillingness for institutions to donate resources due to such a high frequency of appeals for help, will keep much-needed funds from flowing into Ethiopia. Ghebreyesus’ appointment is without a doubt a step towards greater African representation in the WHO, but in the midst of such widespread poverty and disease in Ethiopia and other parts of Africa, there is still much to get done. (Jessica Matthews Ilogho)

A heavily armed man, later identified by police as 42-year old Philippines national Jessie Carlos, walked into the Resorts World Manila, shot gambling machines, and started fires that lead to the death of 37 people. Police said casino security shot and wounded the gunman, who then doused himself in gasoline, in a hotel room, and died from a self-inflicted gunshot wound.

Despite ongoing conflicts with ISIS-linked forces in the country’s south, police insist that the attack was not related to terrorism. But hours after the attack, ISIS claimed responsibility. ISIS-affiliated Amaq News Agency stated that Islamic State fighters carried out the attack.

Of the 37 victims whose bodies were found on the second floor of the building, spread across the casino area, the hallways, and a bathroom,  management said 13 were casino employees while the rest were guests. The victims  died due to suffocation from smoke when the gunman deliberately set fire to carpets and tables and locked the windows. The attack is one of the country’s largest mass killings, and though U.S. President Donald Trump called the attack an act of “terrorism,” officials in the Philippines and American intelligence agencies have not uncovered any evidence to confirm that the attack was indeed an act of terrorism. However, the Phillipines has been battling an Islamist military insurgency in the southern part of the country, to the extent that President Rodrigo Duterte declared martial law in the southern island of Mindanao. On May 23, two terrorists groups, who had previously declared affiliation with the Islamic State, attacked and killed a police officer and two soldiers. Though the government hopes to contain the insurgency and keep it from spreading north, Duterte has warned the country at large to prepare for attacks. (Jessica Matthews Ilogho)

The Russian Investigative Committee has instructed medical professionals to acquire evidence of sexual activity in girls under the age of 16, according to the Mail Online. The order sparked public uproar from gynecologist and politicians alike who believe this order will discourage sexually active young girls from seeing a doctor. Russia’s Health Minister, Vladimir Shuldyakov mandated that doctors follow the order and “inform police about all cases when virginity [is]  lost as well as about cases of pregnancies and abortions.”

This order comes just months after President Vladimir Putin signed a bill that made spousal or child abuse a civil charge, not a criminal charge, resulting in fewer penalties. Spousal abuse in particular will now result in a mere $500 fine and 15 days of administrative arrest, even for cases that result in broken bones or concussions. Ironically, the bill was brought forth by a woman, the conservative Member of Parliament Yelena Mizulina, who has taken a firm stance against the heavily marginalized LGBT community in Russia. For a country that is already notoriously lacking in women’s rights, the virginity test mandate and loosening of domestic abuse laws go to show the increasingly toxic environment for women in Russia. (Jessica Matthews Ilogho)

A Stunning Political Defeat in the U.K.

The United Kingdom has stolen headlines all around the world this week after the results of a snap general election, which toppled British Prime Minister Theresa May’s Conservative Party majority in Parliament. May and her Conservative Party, following the Brexit referendum in 2016, have called for a “hard exit” from the European Union, advocating for a sharp breaking of ties with the EU and minimal negotiations to allow economic ties to remain in place. May called for the general election under the pretext that her party would win, which in turn would show tacit support for the Conservative agenda and allow her to easily implement her “hard exit” strategy. Much to her surprise and much to the surprise of Britons, the Conservative Party had lost the support it had been riding on after the resignation of the previous Prime Minister, David Cameron and the Brexit referendum. Now, May’s Conservative Party must form a coalition government with another party in order to secure a majority. If it is unable to do so, May will cease to be the Prime Minister and a new party, or combination of coalition parties with a Parliamentary majority, will take her place.

Brazil has been riddled with corruption and scandals in the past few months, marked by the impeachment of Brazil’s 36th president Dilma Roussef, who was accused of breaking budgetary laws. Michel Temer, who took Roussef’s place and is currently the president of Brazil, was also tacked with corruption-related charges, namely for a violation of campaign finance rules. However, unlike Roussef, Temer was cleared of charges on Friday, June 9. Though deeply unpopular, the clearing of charges cleared the path for Temer to continue as president, despite strong opposition from civilians and fellow politicians alike. The political chaos in Brazil has understandably taken a significant toll on Brazilians. According to a report by Latinobarometro, a Chilean company that surveys political views in Latin America, support for democracy in Brazil has fallen from 54 percent to 32 percent in the span of a year, most likely as a result of the Roussef and Temer scandals. Additionally, Brazil’s lagging economy, following a period of rapid growth, has left many Brazilians even more frustrated with their leadership. In an article in the New York Times, Marcelle Alves, a lawyer in Rio de Janeiro, said “I feel pity for the historians who have to deal with our time in the future. My parents talk about the dictatorship era when life was more tranquil.” Alves’ statement serves as a harsh reminder to Brazilian government officials that unless they exhibit a higher standard of governance, democracy in Brazil could very well be toppled. (Alex Voisine)

The Comey Testimony and Why It Matters

Confused about the James Comey and Donald Trump feud? So are most Americans, especially after James Comey’s hearing in the Senate this past week. Comey, the head of the FBI who was unexpectedly fired on May 9 by President Trump, has fired back at Trump, accusing him of lying and attempting to undermine the FBI by calling for a halt of the investigation of Michael Flynn, who was accused of maintaining contact with Russian officials during the Trump campaign. Comey’s recent testimony was especially damning for President Trump because it implies that the President attempted to obstruct justice by calling for an end to the Flynn investigation. Why does that matter? In the United States, obstruction of justice is a federal charge and could be grounds for impeachment. So, if Comey’s claims are corroborated with video or audio evidence, then there’s a chance for impeachment. Though many pundits still see an impeachment as highly unlikely, Comey’s testimony will likely be used against Trump, if not for impeachment then as a mechanism to garner Democratic votes for the upcoming midterm elections in which Americans will vote for new members of Congress and potentially topple the Republican majority in Congress. (Alex Voisine)