Sushi, Shinto, and Culture-Shock: My Week in Sunrise Land 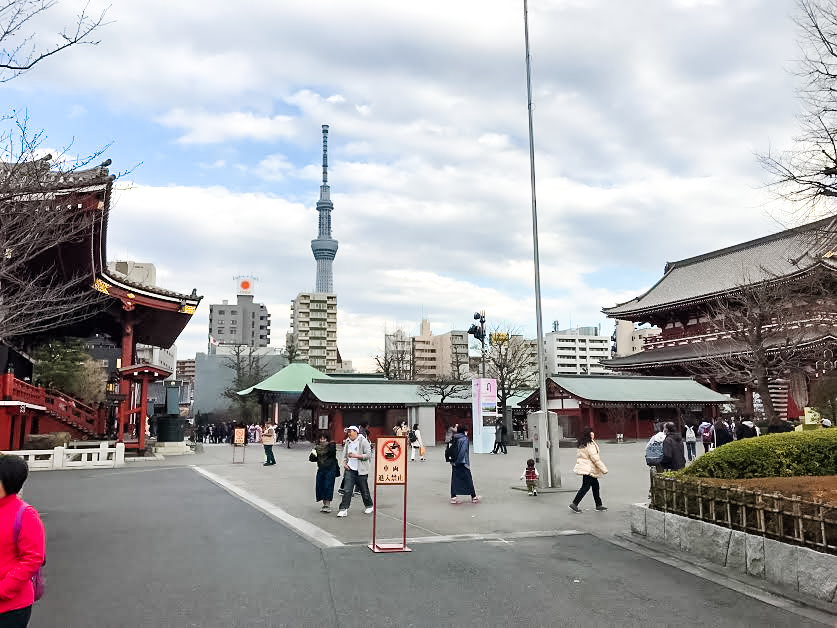 I was eight hours into my 14 hour flight when I woke up from my uncomfortable slumber to see that we were directly over the North Pole. Looking out the window and seeing an endless field of white, I quickly realized two things: that our planet is really unfathomably large and that Tokyo is really really far from Philadelphia. Despite the cramped conditions of the Air China aircraft, I was excited both to see my girlfriend who would be hosting me, and to spend my first experience in Asia in the mythic city of Tokyo.

After a hectic connection in Beijing, I finally landed in Tokyo. I cleared customs, reunited with my amazing host for the week, and boarded the subway into the city. I truly could not believe my eyes. None of it seemed real. Subway cars moved at light speed into the bright metropolis carrying dubious passengers who sat silently aboard them. Bright fluorescent light, illuminated the subway car, revealing the outlandish advertisements, high-definition television screens, and impeccably spotless conditions. For the world’s most traveled, most crowded subway system, there was not a single speck of dirt or piece of trash.

Jetlagged, culture-shocked, and numb, I arrived at Takadanobaba station, where a catchy tune (that I would later learn is the Astroboy theme) echoed the gleeful Japanese announcer. I lugged my hefty suitcase down the stairs and into the heart of the neighborhood. I was suddenly engulfed in narrow, winding streets of bright lights, tiny restaurants, and paper lanterns. Tokyoites in surgical masks brushed by me in a hurry. Restaurant and watering hole proprietors and promoters bowed to me as I walked by. I paused for a second and thought: I’m really in Asia, in Tokyo. The rest of my time there was a slow, arduous attempt to figure out if I was living in a dream or reality. Two events in my subsequent adventures would both cloud and clarify this issue: my wandering through Shinjuku and the Meiji Shrine, and my experience at the Yushukan, the Japanese imperial war museum.

Most of Shinjuku, Tokyo is a vast inescapable wilderness of arcades, neon lights, jumbotrons, and mega-malls. I wandered in and out of these places, berated with a cacophony of video game noises and K-Pop singles. It was loud. It was bright. It was crowded. Yet, it was beautiful. It was the most enjoyable epitome of a mass-consumption economy. I kept wandering, taken by a new spectacle at every corner until the loud city soundtrack seemed to abruptly cut itself off like someone ripped the plug out of a pair of headphones. I heard silence for a minute, then the faint sound of magpies in the distance. A colossal Torii, the symbolic Shinto gate that marks the transition from the profane to the sacred, towered over the entrance to a vast forest interrupted by a wide dirt path. This path led to Meiji shrine, the Shinto temple dedicated to the beloved emperor of the late 19th and early 20th centuries. Under his reign, the country transformed from feudal empire to an industrial giant. I approached the temple with awe, and was overcome with feelings of peacefulness and reverence. I sat for a while, basking in the aura the temple evoked, watching the men and women in robes fulfill the temple’s daily duties. After some valuable, cathartic alone time, I made my offering and walked the long path to an exit under another Torii. Pausing again to observe the Japanese business men turning around and bowing to it as they left, I realized that these gates were great descriptions of Japanese culture: seamless divides between the sacred and the profane, between nature and city, between Shinto and Shinjuku.

The Torii at the entrance to the Meiji Shrine sanctuary

A few days later, I spent some of my wandering time going to the military and war museum at the Yasukuni shrine in central Tokyo. I have long been interested in military history and try to go to as many museums as I can, so I was excited to see this one. Having traveled through America and Europe, I have been to many World War II museums, but nearly all of them are curated from the allied point of view, naturally. This museum offered an entirely different perspective on the tumultuous beginning to the 20th century. Historical events that have always been taught to me with a Western perspective, like the Boxer Rebellion, for example, were flipped on their heads, greedy exactions by imperialist western powers. Commodore Perry, taught as a great American explorer, was painted as the foreigner who ruined Japan. Small events like that were interestingly different, but the World War II section shook me to my core. The museum followed a succinct timeline, building up from Samurai wars to the World Wars, and by the 1930s, this timeline began to feel familiar. The revisionism became clearer. The expansion of the Japanese empire never mentioned that it was colonizing Southeast Asia, and the Rape of Nanking was completely ignored, referred to only as a necessary offensive maneuver to reach the capital of China. The rest of the narrative framed the Japanese as the great liberators of Asia from foreign powers and described their decision to go to war with the U.S. as a regrettable last-resort due to unfair treatment by the Americans. Most surprisingly, there was no mention (in any of the English translations, at least) of an alliance with Nazi Germany or Fascist Italy. All of the lost battles in the Pacific were painted as valiant efforts, and the decision to surrender was shown as decidedly honorable following the atomic bombing of the island by the U.S. Despite the revisionism and different perspective, what affected me most was the group of elderly people in wheelchairs looking through the exhibits. As I reached the last room which was a wall-to-wall memorial showing all of the pictures of the lost service members, one of the old men in a wheelchair went by me, and I had to sit down. I felt heavy. It hit me that these people had lived through this. They lived through their country getting bombed, their relatives dying, two nuclear blasts. And yet here there they were, reliving history. I didn’t know if I belonged there, but when I made eye contact with that old man, the collective weight of both of our ancestors came crashing down upon us.

These few events gave me a valuable understanding of Japan and its culture. I saw a super-modernized, mass-consumption culture flowing seamlessly with an ancient religion emphasizing simplicity and asceticism. Beneath this robust culture runs a deep and complicated history that evokes a subtle yet fervent national pride. While there are very few Japanese flags flying, it is clear that everyone is proud to be Japanese. Had I been born there, I would have been proud too.

Previous Article
Are Americans Friendly?
Next Article
This Week in the World | 4.16.17