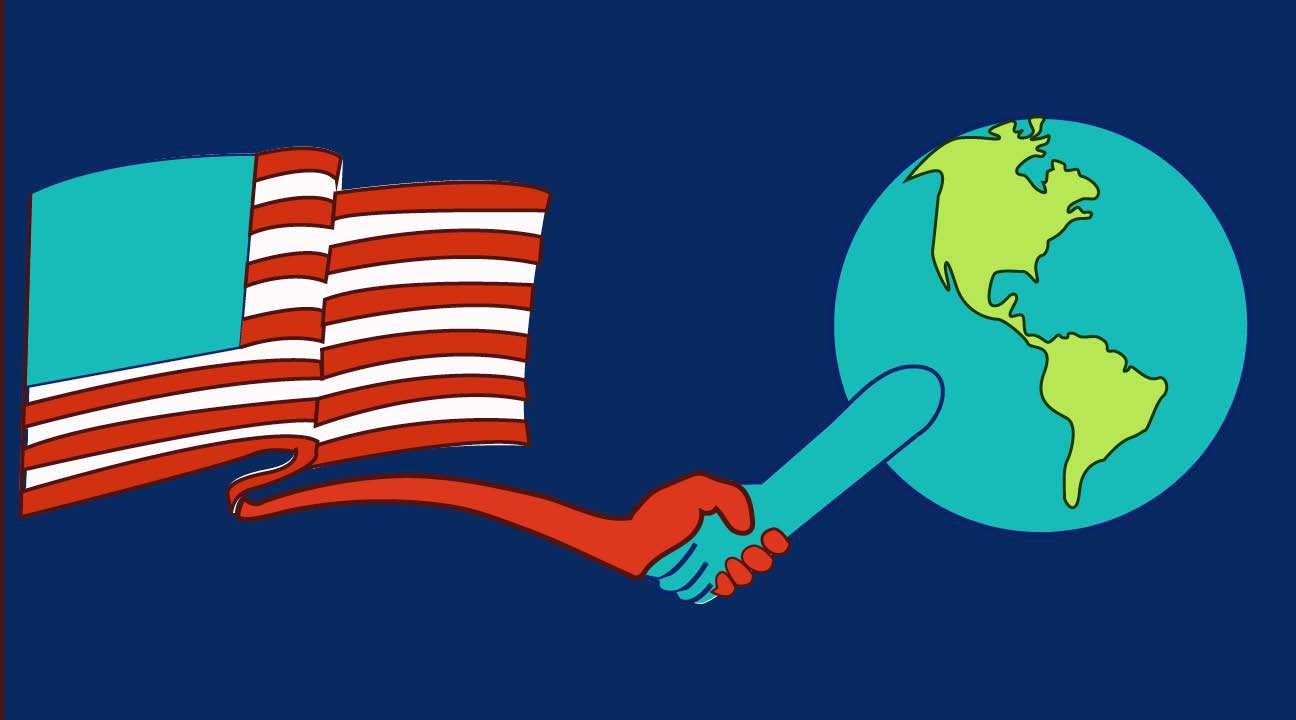 [dropcap size=small]B[/dropcap]efore I headed to the United States, one American stereotype that I often heard was that “Americans sue each other a lot” which makes one visualize them as rather cold. Despite being a person who never judges people on the basis of cultural stereotypes, I strangely felt a little uncomfortable about this particular one, as it was about the people around whom I would be spending the next four years. I remember asking myself: “are Americans difficult to get along with?”

Immediately upon my arrival in America, this uncomfortable feeling was reinforced at the Philadelphia International Airport, where an American immigration officer sternly ordered me to maintain my queue and to “wake up” because “it’s America”! As I made my way to Temple University from the airport, I wondered if Americans would be friendly and welcoming towards me, or if they would be stern and cold, like the immigration officer at the airport. As this was my first face-to-face interaction with an American, I was very nervous about what to expect from other Americans in the future.

However, from the moment I arrived at Temple’s campus, I realized how wrong my initial impression of American people was. From the warm welcome I received from Temple staff and Owl Team leaders during orientation to the supportive and outgoing nature of my professors, it was evident how affable American people really are. There are various other instances where Americans have displayed how exceedingly friendly and good-natured they can be. I can distinctly recall one particular Friday evening when I went to my Legal Studies professor’s office just when he was about to walk out of his office. I needed assistance with some course material very urgently and explained my situation to him. I was very surprised when he gladly welcomed me into his office and spent an extra 30 minutes past his usual office hours just to help me. Whenever I think of that day, I can only think of one thing: “If this is not friendly, then what is?”

Contrary to my own experience, I have heard several accounts from my friends who have reported that they encountered rude behavior from the dining hall staff at Temple. However, I believe that these cases are very rare and such occasions are outliers amongst all the extremely friendly and well-mannered Americans. In every society there will always be people who are very courteous and friendly and others who are not as friendly.

From my experiences, I believe that most Americans are very welcoming, sociable, and good-natured, and are very polite people. On several occasions, I had heard that Americans are xenophobic and I was afraid that I might not be welcomed into the country by the people. However, today I feel proud for choosing a country to pursue my higher education where people are genuinely welcoming and courteous.

Previous Article
Adapt! At the Wilma: A World Premiere and Socio-Political Experience
Next Article
Sushi, Shinto, and Culture-Shock: My Week in Sunrise Land