Adapt! At the Wilma: A World Premiere and Socio-Political Experience 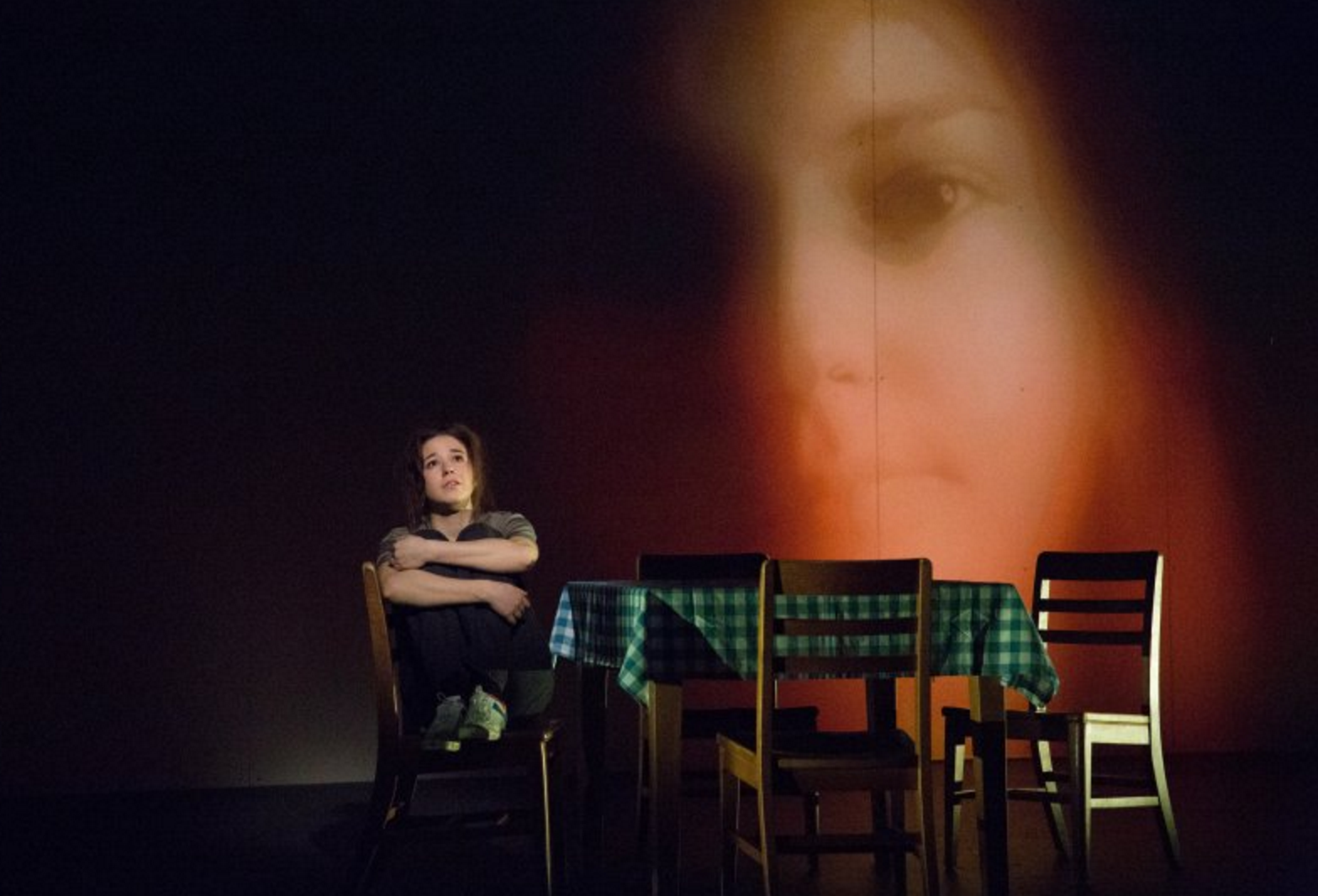 The world premiere of Blanka Zizka’s Adapt! at the Wilma Theatre is timely.  In our country’s current political climate, immigration is among the most controversial topics.  It is no wonder then that artists are working to raise awareness and invite meaningful conversation surrounding this issue.  The creative team at the Wilma has worked to bring many artists’ and individuals’ voices together to make Adapt! more than just a play, but instead a dynamic experience surrounding the theme of immigration.

Upon first stepping into the lobby of the theatre, the audience is greeted by Jennifer Baker’s vibrant exhibition, “Portraits of People on The Move.”  In this collection, theatre-goers find themselves standing face-to-face with photographs of Philadelphia immigrants on wall-length scrolls accompanied by their stories.  On a long table in the center of the room are three binders full of even more pictures and stories, as well as a pile of empty surveys.  Here, any other immigrants who may be in attendance are encouraged to fill out the survey and share their story, and contribute to this diverse and moving archive.

Moving into the theatre, the audience will come to learn the story of a young, fictional, Czech immigrant named Lenka.  Set in 1977 on the eastern side of the Berlin Wall, there are many interesting connections that can be made between Adapt! and the refugee crises of 2017. The optimistic, free-spirited, young Lenka finds herself trapped in a German refugee camp as she flees oppressive, Communist eastern Europe for the U.S.  In the U.S., she hopes to live and work among great artists and non-conformists like Bob Dylan and Patti Smith.  In the camp, delusional with hunger, she meets a magical old woman from an extinct Czech tribe.  She shows Lenka the future waiting for her in America and her past in Czechoslovakia, challenging the way she thinks along the way.  The entire play takes place in a sort of dream sequence while Lenka is in the refugee camp, so her true fate is left for the audience to imagine.

Sometimes, the best way to understand the present is by looking at the past.  Though an immediate connection might be made to today’s Syrian refugee camps, with Lenka embodying a Middle-Eastern refugee, it is also interesting to flip the destinations and imagine her as a modern American, discontent with recent changes in government.  In the production’s program, Zizka writes, “using the language of the Communist propaganda, it became painfully obvious how the language of some pundits and politicians, whose intention was to stir of fear, had become uncannily similar.”

Observing Lenka alongside her parents and her government, one can almost see her as a modern “millennial.”  She and the older generations struggle to understand one another.  Lenka believes members of the older generations are old-fashioned and weak-spirited, while they find Lenka’s generation to be selfish, saying “all they want to do is sing about how they feel.”  This seems to echo sentiments of our own baby-boom generation in the U.S., who believe millennials only care about sharing their thoughts and pictures on social media.

Adapt! is the first play ever written by director Blanka Zizka, and in it, she chose to use traditional elements of theatre including a Greek chorus and prophet.  It is also full of mythological allusions, heavy-handed metaphors, and even includes classical music, Czech protest songs, and American pop music.

Aside from the obvious theme of immigration and associated political issues (freedom of speech, assembly, pursuit of happiness, etc.), the play also manages to delve into complicated themes such as materialism, hypocrisy, feminism, and the environment. In the second act, there are even existentialist themes as Lenka is forced to contemplate life and death.  While this array of topics reflects the challenges of the human experience, they make the play complicated without really adding anything to it.  Ultimately, the play asked more questions than it answered, which can be interesting, but it didn’t leave the audience with a sense of any particular moral or resolution.

Overall, Lenka serves as a relatable protagonist and the old Czech woman as a well-intentioned but antagonistic voice that serves to make Lenka question her decision to immigrate.  Unfortunately, the cluttered mysticism and metaphors along the way cause distraction.  Diversions from the theme and overly-long musical episodes also seem to detract from more important conclusions, and ultimately serve to drag the play beyond what might have been a more powerful ending.  Still, Zizka has accomplished the task of holding a mirror to society with her art at a crucial moment in history.

With this in mind, the Adapt! experience continues after the curtain falls. Managing Director James Haskins’ letter in the program includes an argument for the play’s importance: “By choosing to produce Blanka’s play Adapt!, the Wilma shares a story that is both personal and political…and that becomes increasingly resonant amidst controversial immigration rhetoric and policies.” Having a conversation about immigration is a priority for the Wilma. In fact, the Wilma holds “Lobby Talks” after each performance.  After the production that I attended on March 30th, Councilwoman Helen Gym was invited to talk about Philadelphia as a Sanctuary City as well as her experience with the recent Muslim Ban and other immigration related issues.  She spoke confidently and eloquently about the power of civilians, artists and anyone who wants to make a difference.  She reminded her audience that change is affected not by politicians, but by the community, saying “[change] happens because the people come… they set the moral agenda.”

Each “Lobby Talk” will likely bring a new topic and perspective, but if this evening is anything like  those to come, Adapt! will continue to welcome  meaningful conversation surrounding immigration thanks to its unique, three-part experience.  International students or any student with family and friends who have immigrated to America will certainly be able to relate in some way to Lenka and the stories of Philadelphians shown in “Portraits of People on the Move.” Lenka’s unique story may even help students understand the complicated politics of immigrating to America throughout history and today in 2017.

Note: With a student ID, tickets are only $10 and can be purchased online at wilmatheater.org. The play will be shown every day except Mondays, and will be at the Wilma until April 22nd.