Rangoon Burmese Restaurant: The Restaurant that Took Me Back to Myanmar 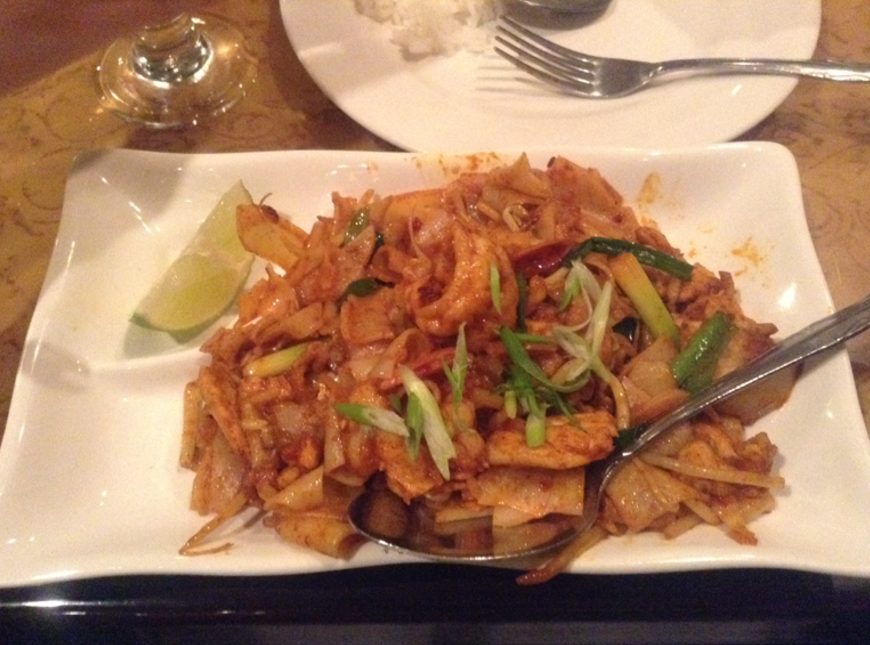 Myanmar is a country in Southeast Asia with a long and interesting history. It was previously under the rule of an authoritative military junta. In 1989, when the military junta gained power, Burma was renamed Myanmar. In 2015, after 26 years of authoritarian rule, Burma had its first credible and democratic national election, electing Aung San Suu Kyi, the resilient female leader of National League of Democracy Party. Ever since, the country has gradually transformed into a new and more open democratic state.

In the summer of 2014, I was traveling through Bagan, Myanmar after 3 days in Rangoon. I climbed on top of Gawdawpalin Temple, overlooking numerous ancient temples dated back to 13th century. Even though Rangoon has its own charm, Bagan holds a special place in my heart. There was no cable and no billboards, only exotic temples; the remnants of a glorious era. During the trip, I was able to taste Burmese cuisine. The aromatic flavor of the dishes can be attributed to a unique blend of herbs and spices such as ginger, cumin and cardamom. I loved the unusual flavor of the dishes as it was unlike anything I had ever tasted before.

Recently, exactly three years after my trip to Myanmar, I had the chance to experience Burmese cuisine anew through an event put on by ISA Temple held at Rangoon Burmese restaurant at N 9th st, Philadelphia. I wasn’t expecting much, thinking the food could not be as authentic as the food I ate in Myanmar. After all, this is America, the land that turns Vietnamese Pho into a sweet soup! Boy, was I wrong. The restaurant served some incredibly delicious dishes. I recognized the authentic coconut, ginger and cumin flavor in the dishes. The dishes were so genuinely Burmese that I felt like I had been taken back.

The first dish is called Rangoon. It is similar to Pad Thai in its use of a tamarind, fish sauce, and chili combination. Burmese stir fried noodle is less sweet than the Thai version. The fact that it is less sweet and still retains the savoriness is quite amazing…

The second dish I ate is called Coconut Noodle. The broth of this dish closely resembles the peanut dipping sauce used with Pork Satay, the Malaysian pork skewer dish. A truly Southeast Asian flavor was replicated in that dish.

The next dish was made up of a variety of different foods.. It had coconut rice, shallot fried egg and grilled pork. The rice was tender and I loved the way the marinated pork was grilled to perfection.

Just when I thought it couldn’t get any better, the dessert was brought out. It was called “Rose Jelly”, a delicious dish with layers of goodness: vanilla ice cream on top and a sweet concoction of jelly in rose syrup below. The jellies melted in my mouth and the lovely rose lingered afterwards.

Overall, it was a memorable night and I recommend Rangoon Burmese Restaurant to anyone interested in Burmese food as well as Southeast Asian cuisine.

Previous Article
A Review of Constellations at the Wilma Theater
Next Article
Profile of Success: Angelina Branca of Saté Kampar