On Monday, a protest on the campus of the National Autonomous University of Mexico (UNAM by its Spanish abbreviation), Mexico’s foremost public university, turned aggressive as counter-protesters violently attacked protesters with sharp sticks and rocks. The protest was initially organized by students of the Colegio de Ciencias y Humanidades (Science and Humanities High School), a public institution affiliated with the UNAM. Students were peacefully demanding better security, more transparency, and a response by the administration to a dearth of teachers in the school. They marched to the Rectoria, the building that houses the office of the UNAM’s Dean, Enrique Graue Wiechers, and shouted their demands via megaphone.

Soon after, a group of young men, armed with sticks, rocks, and Molotov cocktails started attacking the protesters, leaving four students injured. Two students sustained such serious injuries that they were subsequently hospitalized. Within a matter of hours, the tone of the protest shifted drastically; what was meant to have been a well-founded and peaceful protest had devolved into a major dispute between students, the university, and even the local government, not least because many here in Mexico City are claiming that the counter-protesters were porristas, which roughly translates to “unofficial counter-insurgency squads hired by the university and/or government to break up citizen protests.”

In response, the UNAM and the Colegio de Ciencias y Humanidades issued a joint statement denouncing the violence, saying that “the attacks that happened this afternoon are unacceptable, because they only seek to make the situation worse and destabilize academic life in this educational institution.”

Nevertheless, while it remains unclear if the university or local authorities hired the counter-protesters, students demand an explanation and more accountability for what happened on Monday. In solidarity with the student protesters, a majority of the academic departments at the UNAM, as well as a number of other universities and high schools in the city, have cancelled classes, with some cancelling classes until Friday. On Wednesday, a major protest took place, with over 30,000 attendees–including high school and university students, as well as family members of the students who partook in Monday’s protest–marching from the Political and Social Science campus all the way to the Rectoria, demanding that the needs of the students be met and denouncing the violence at Monday’s protest. 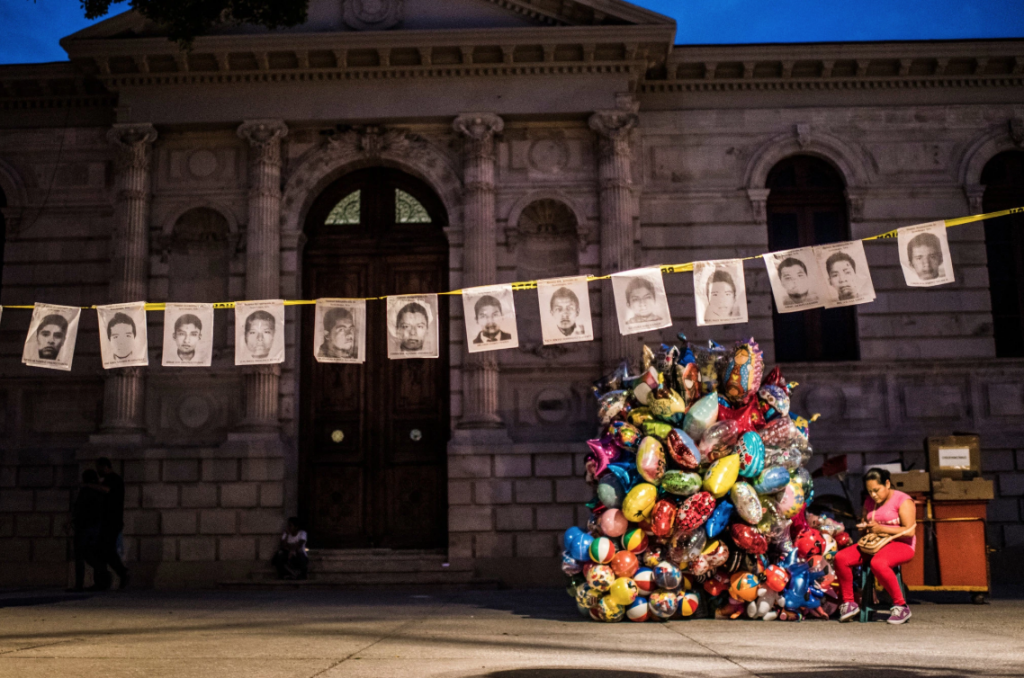 The events this week here at the UNAM are especially symbolic because it is the 50th anniversary of violent attacks by the government against student protesters in 1968. The so-called Tlatelolco Massacre left between 200 and 300 protesters dead, and resulted in the arrests and detention of over 1,000 others, as well as the occupation of the UNAM by the military. The protests in 1968, organized just weeks before the Olympics were to be held in Mexico City, were in response to repressive measures employed by the authoritarian PRI governing party, which remained in power until 2000 and is the party of Mexico’s current president, Enrique Pena Nieto. To this day, there has been no official explanation of what happened in 1968, and investigations by the government have been widely regarded as corrupt and biased.

To students and the general public alike, the massacre in 1968 was a critical moment in Mexican history. “To understand Mexico, we are obliged to understand what happened in 1968,” said Marcelino Perello Vals in a 2008 NPR interview. Perello was a student leader of the National Strike Council, and helped organize the 1968 protests.

The 1968 protests have remained deeply embedded in the Mexican political and social consciousness, and even played a role in the most recent election of left-wing and anti-establishment candidate Andres Manuel Lopez Obrador, of the recently created MORENA party.

“To speak of 68 in 2018 is to consider very clearly that the conclusive triumph of Andres Manuel Lopez Obrador is the result of the movement of 68, the triumph of Morena and Andres Manuel would have been very difficult had there not existed an antecedent like 68,” said Juan Ramon de la Fuente, former Dean of the UNAM. 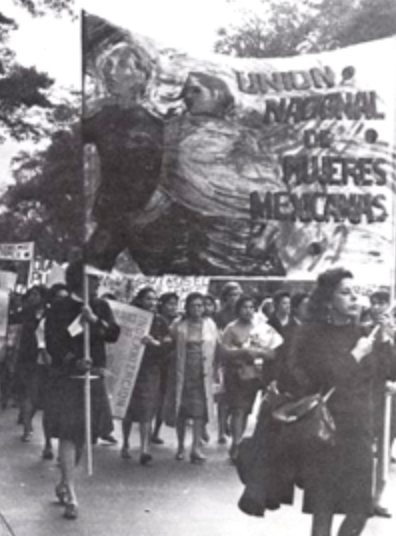 Elena Poniatowska, author of the seminal and polemical book, Massacre in Mexico, the first and one of the few full-bodied documentations of the events of 1968, has said that she has “supported [Lopez Obrador] since the day he was born, and he could be my son.” One of Lopez Obrador’s main proposals has been to crack down on the widespread corruption that has riddled Mexican politics at the institutional level, allowing for the jarring violations of human rights and flagrant manipulations of truth that were seen in 1968.

Though the PRI was voted out of power in 2000, ending its authoritarian grip on Mexican politics and initiating an historic democratic transition, violence against students at the level of 1968 has persisted. One of the most gripping instances of state-led violence against students occurred in September of 2014, when students of the Escuela Normal Rural Isidro Burgos were killed, kidnapped, and tortured by local and national police. On September 26, 2014, a group of students in Iguala, Guerrero State, were stealing buses from local stations so that they would have a way to get to Mexico City for an annual march commemorating the 1968 massacre. (It’s worth mentioning that, to the reader unfamiliar with Mexico, this may seem like a dubious operation, but it’s actually not uncommon for students to temporarily hijack buses here in Mexico, and afterwards, the buses are almost always returned).

On September 26, local police received tips about the students’ bus-stealing operation, and followed the students as they went from bus station to bus station. However, instead of simply detaining or arresting the students, both federal and local police, allegedly with the help of military personnel dressed in civilian clothes, proceeded to shoot at the over 100 unarmed students involved in the operation. After an entire night of gunshots and violence, three students and three civilians were killed, 29 were injured, and 43 students “disappeared,” never to be seen or heard from again. To this day, the remains of the bodies have not been found, and it’s widely believed that the police were involved in the disappearances of the students.

Given the long and tenuous history of violence against students here in Mexico, the protests this week at the UNAM have a chilling resonance, one that is particular to Mexico and hard to understand for those who are unfamiliar with its history. In fact, references to both the 1968 and 2014 massacres were seen on posters at Wednesday’s protest, evidence of a persistent mistrust in bodies of authority that have historically been perpetrators of violence against students.

But to me, what is most striking about the protests at the UNAM is their widespread effectiveness. All activities in the Political and Social Science Post-Graduate Program, of which I’m an enrolled student, have been suspended until Friday, as a means of showing solidarity with the student protesters. In total, 41 departments at the UNAM are on strike Wednesday, in addition to 8 local preparatorias, or high schools. Local politicians from the PRD (Party of the Democratic Revolution) have weighed in, denouncing the violence, and even president-elect Andres Manuel Lopez Obrador, an alumnus of the Political and Social Science Department at the UNAM, condemned the attacks. The level of solidarity and the willingness to literally shut down an entire university for days at a time as an act of protest bespeaks the urgency of this week’s protests, and the bravery of the students and faculty who are participating.

Unlike our neighbors in Mexico, protests in the United States rarely reach the level of university shutdowns. Historically, the closest we’ve come is the protests of the 1960s, namely following the occupation of Sproul Hall at the University of California, Berkeley and, of course, the aftermath of the Kent State shootings, which saw the closure of nearly 100 colleges around the country. There are some recent and notable instances of student resistance resulting in administrative changes, such as at Duke, Claremont McKenna, and Yale, but one of the main differences is the lack of student-faculty coordination, which is one of the defining characteristics of the effectiveness of this week’s protests at the UNAM.

At a time when U.S. students are experiencing historically high tuition rates and some university instructors are experiencing historically low salaries, it may be worth taking some notes from the faculty-driven approach we’re seeing at the UNAM this week. The politics of academia in the United States are indeed a force to reckon with, and the cost of tuition makes campus-wide shutdowns a strapping burden for students, especially for low-income students and instructors for whom a suspension of classes represents a significant financial setback. But isn’t that precisely part of a major problem that can only be solved by institutional coordination?

Here in Mexico, students understand the power of protest, but faculty members also understand their agency in advocating for the needs of their students, as well as for themselves.

The marriage between these two groups is an indelible source of power that might be the impetus for the real changes that students and faculty members around the world deserve.