A volcano in Guatemala surprised hundreds with a large eruption last Sunday, leaving little time for nearby villages to evacuate. The eruption sent tons of ash over 33,000 feet into the sky, before having it fall back down on the mountain, burying an entire village underneath ash and mud. The blast also triggered “pyroclastic flows,” flows of magma and hot gas that affected the communities of El Rodeo and San Miguel Los Lotes. These flows have the potential to move incredibly fast, with speeds recorded matching commercial aircraft. Reports say that 1.3 million people have been affected by the eruption, 3,000 people have been evacuated from the area, 75 are confirmed dead, and 200 are still missing.

Residents living in villages on the slope of the volcano, known as the Fuego Volcano, had been trained in emergency procedures in the event of an eruption. Despite this, the eruption happened so quickly that no evacuation alert was announced before the volcano actually blew. Residents were reportedly used to smaller eruptions, but the size and speed of the one on Sunday caught them and emergency responders off-guard. Volcanologists say that while the volcano shows no signs of more eruptions, other factors like rain could cause more damage in the form of massive mudslides. 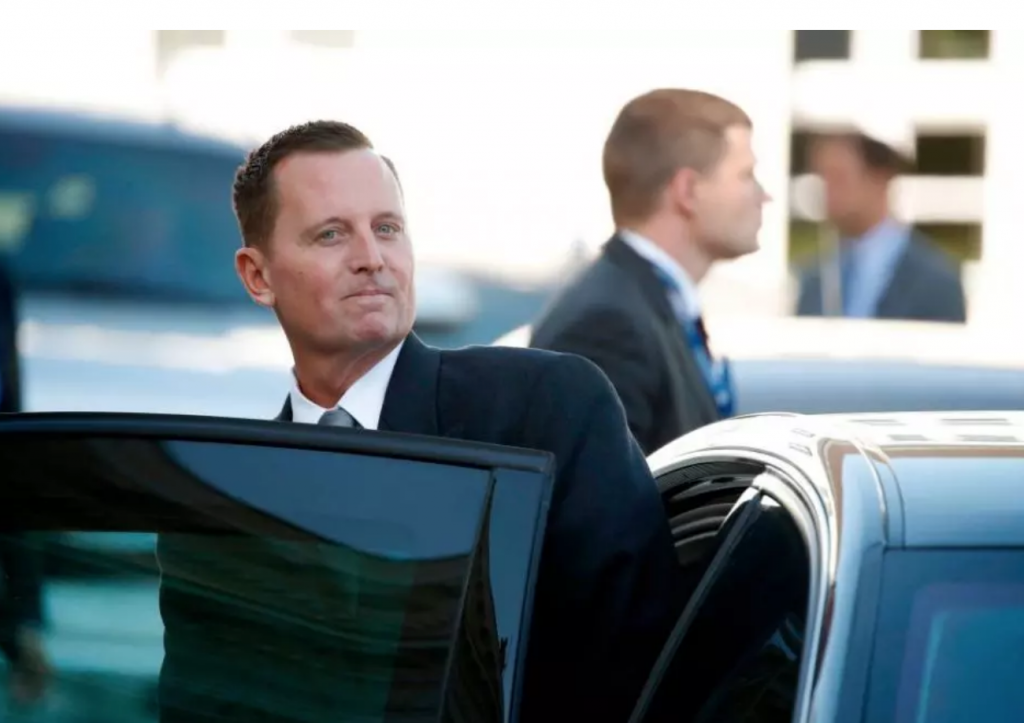 The U.S. Ambassador to Germany, Richard Grenell, has been heavily criticized after he expressed support for conservatives in Germany during an interview with U.S. right-wing news agency Breitbart. In the interview, Grenell said: “I absolutely want to empower conservatives throughout Europe, other leaders.” Though he didn’t explicitly condone the actions of the far-right AFD (Alternative for Germany) party, which recently won enough votes in the election to have seats in Parliament, the implication of his words is clear to many. The AFD, which has become Germany’s de facto conservative party, has been long criticized for its fiery populist agenda. It was recently accused by the German government of playing down Nazi-era violence. Grenell also expressed support for Sebastian Kurz, the Chancellor of Austria whose government formed a coalition with the far-right FPO party, which has been accused of blatant racism and glorifying Nazism.

Grenell’s comments are especially concerning to some because they break with the longstanding ambassadorial tradition of remaining neutral in international politics. Ambassadors are generally advised to represent their home country and avoid meddling in local politics, especially with such hotbed issues like the rise of far-right parties in Europe. Martin Schulz, of the left-wing Social Democratic party in Germany, said: “what this man is doing is unheard of in international diplomacy.” The comments are especially controversial given the recent tension between the United States and Germany over the Iran deal, which the U.S. recently backed out of, and threats of steel tariffs. Grenell has been criticized in both Germany and the U.S., though the U.S. State Department defended Grenell on Tuesday, saying that he “was merely highlight that there are some parties and candidates in Germany who are doing well now.” The State Department affirmed that the U.S. is not “supporting any political party.”

After years as rivals, Eritrea and Ethiopia have come closer to achieving peace. The two nations have fought over their borders for twenty years, resulting in a bloody war and ongoing military occupations. Eritrea achieved independence from the larger Ethiopia in 1993, but the animosity between the two countries has been ongoing.

Ethiopia’s government, under new Prime Minister Abiy Ahmed, had promised a change in the ruling of the country after large anti-government protests. The latest reform illustrates a marked shift in Ethiopian politics. The government finally agreed to accept borders drawn by a 2002 peace commission. A response from Eritrea is expected soon. 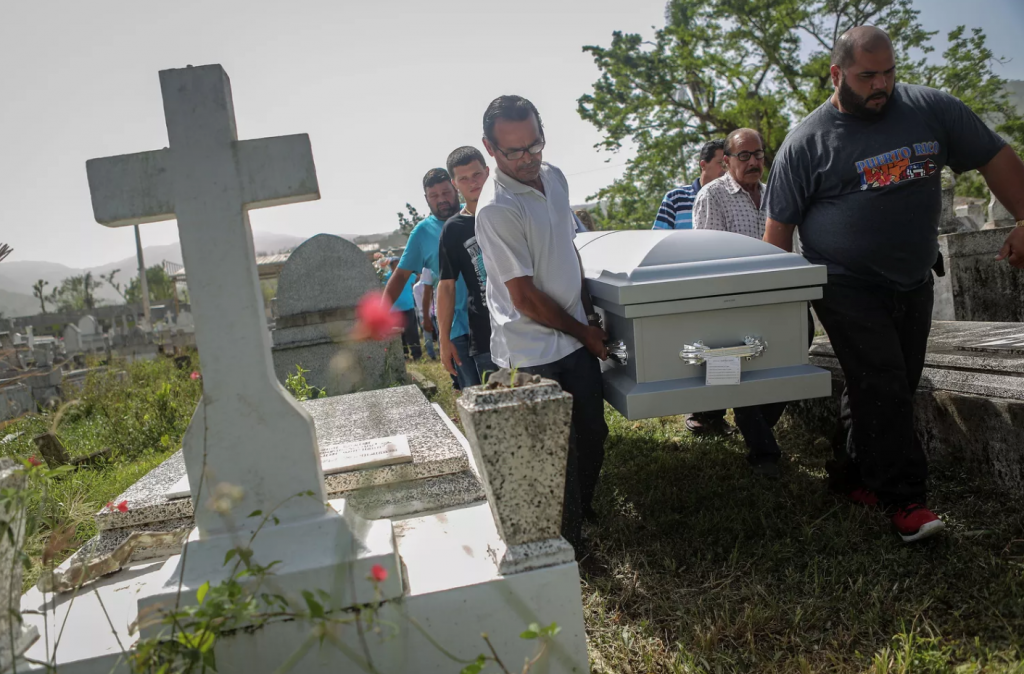 A Harvard University report released last week has shed new light on the fallout of Hurricane Maria, which struck Puerto Rico, a U.S. territory, last September. The official death toll is 64, but, confirming the suspicions of many, the Harvard study estimated that many more died. Harvard’s study, which was carried out through a series of surveys on the island, estimated that anywhere between 793 and 8,498 died in the months following Hurricane Maria. Harvard researchers surveyed 3,000 households in Puerto Rico, and calculated a mortality rate based off of the previous year’s mortality rate. Though Harvard admits that the results are only estimates and should not be interpreted as official, even at the lowest end of the range there appears to be a massive discrepancy between the official death toll and the actual death toll.

The U.S. has been criticized for its blase treatment of Hurricane Maria, and has been accused of accepting an inaccurate death toll in order to absolve itself of the hundreds (and possible thousands) more that were killed as a result of Hurricane Maria. Following the results of the Harvard report, a judge in Puerto Rico ordered the government to release death certificates to CNN and a Puerto Rican newspaper within seven days.

Singapore’s Sentosa island has been confirmed as the site for President Trump and Kim Jong-Un to meet on June 12. The announcement comes only two weeks after the original summit was cancelled by the U.S. president. The two are to meet at the five-star Cappella Hotel. The Trump administration has positioned denuclearization as the main goal of the meetings, but has also asserted that the process may take longer than just one summit. It appears, however, that human rights is not a priority for negotiations. This has raised concerns from bipartisan critics. 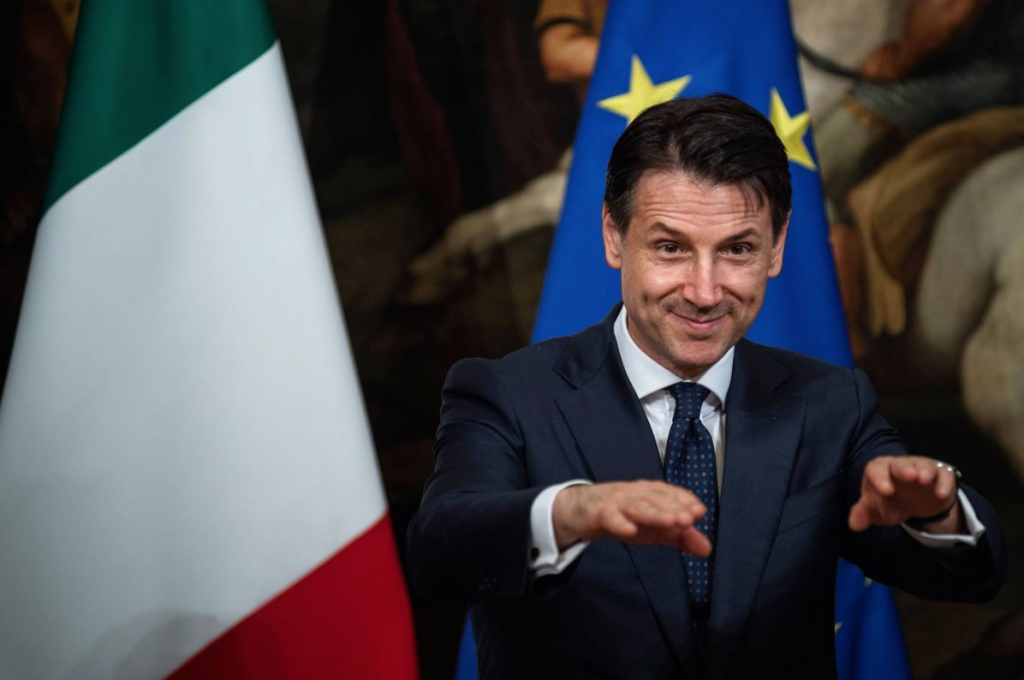 Earlier this month Italy swore in its new Populist government, made of the parties the Five Star Movement and the League, both of whom are anti-establishment and right-leaning. Led by Giuseppe Conte, the new government plans to focus on the economy, Italy’s debt, and migrant issues. After the 2008 recession, Italy was hit especially hard, leaving 3 million more people in poverty. The government plans to combat this by implementing a guaranteed monthly income for the poor of about $900 per month, as long as the recipient is seeking work. They also plan to set its two tax rates at 15 and 20%. Critics say that both of these initiatives would cause more harm than good, with the plans costing billions of euros to implement.

Another large concern going forward is the migrant crisis, with the League planning to deport an estimated 50,000 migrants, mainly hailing from North Africa. To coordinate this plan, “temporary stay facilities” would be created to house the migrants until they were sent back. They also plan to send migrants across the EU, moving them out of Italy, but other EU states have already pushed back against that plan. A controversial aspect of this anti-immigration policy is the idea of reaching out to Russia, a country that is under EU sanctions and has not been worked with after Russia’s annexation of Crimea in 2014, to crack down against the smuggling of immigrants across the Mediterranean. Italy describes them as “a potential partner for the EU” and sees them as a country best suited for ending conflict in the Middle East.

Previous Article
This Week in the World | 05.23.18
Next Article
Another Side of Rome