Sunny: A Korean Film You Will Fall In Love With 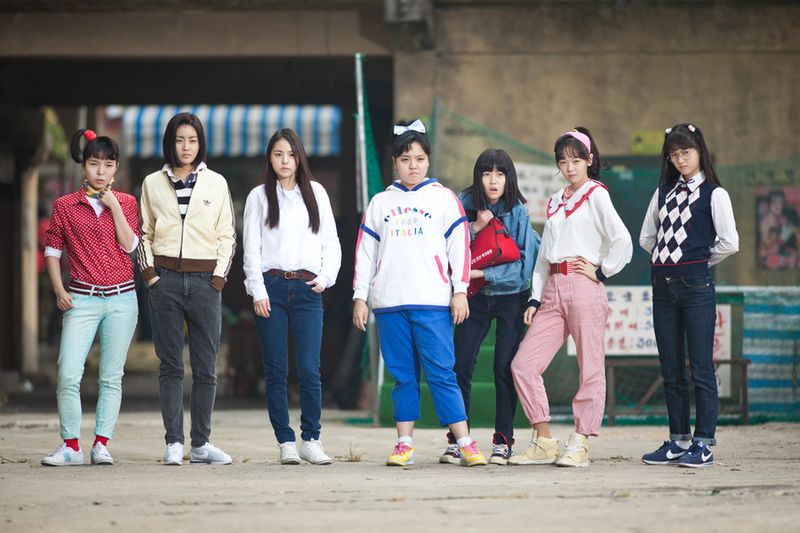 Can you think of a movie that you love so much that you would choose to watch it again and again? I can! One movie that I have seen many times is called Sunny. It’s a Korean comedy-drama that was released in 2011. The movie is about a middle-aged woman called Im Na-mi who tries to fulfill her best friend’s wish to reunite their group of high school friends– the group referred to themselves as “Sunny” in high school. The movie tries to describe the whole story by way of two storylines: the storyline that takes place in the present and depicts Im Na-mi’s middle-aged life, and the storyline that takes place in the past and depicts her high school life in the 1980s, with her high school friends. Sunny tries to display how friendship can be influenced by individual people and by one’s outside environment. The movie also shows just how drastically life has changed for Im Na-mi since her time in high school.

Middle-aged Im Na-mi is a wealthy housewife. Her daily life is simple but a little bit boring and she is kept busy by her endless housework, taking care of her rebel high school daughter, and taking care of her husband, a workaholic. One day, when she looks at her face in the mirror, she notices wrinkles on her face that she hadn’t seen before. As she becomes aware of how much she has aged, she begins to think about her life. Is her life really as perfect as outsiders consider?

When she asks her husband to visit her sick mother, he gives her money to buy luxury bags as gifts for his mother-in-law; she feels helpless when she wants to care about her daughter and her daughter reacts indifferently, and ignores her. She starts to feel bored with her life, and somewhat discontent… until she meets one of her best high school friends Ha Chun-hwa, at a hospital. Ha Chun-hwa, who was the leader of her high school friend group, asks Im Na-mi to reunite their high school friend group again- she is dying, and this is her final wish. Im Na-Mi promises she will help Chun-hwa fulfill her wish and reunite their group. The story starts from this touching scene.

In the process of reuniting their old friend group, Na-mi meets many old friends again, and learns about how the other group members’ lives have changed over time. Go Soo-hee, a girl who always dreamt  of being beautiful, has become a middle-aged woman who is struggling with her job as an insurance agent, obsessed with her monthly sales rate. Hwang Jin-hee, another friend, became more beautiful by plastic surgery and married a rich, young husband, who eventually cheats on her. Seo Geum-ok dreamed to be a writer in her high school life, but now is unemployed and living with her annoying husband’s family. In high school, another friend in the group, Ryu Bok-hee, wanted to take part in the Miss Korea Campaign. But, she ends up becoming a bar-girl because of the bankruptcy of her mother’s salon, and Ryu Bok-hee’s daughter was sent to an orphanage. Jung Su-ji is a rich, beautiful girl. She was a popular magazine cover model in high school, until her face was cut and disfigured by another classmate, Sang-mi. After this incident, her modeling career was ruined.

The movie shows that as time goes by, we eventually grow up and enter society, in ways that are much different than how we might have imagined when we were young. Sometimes people become successful but end up alone, like Chun-Hwa. Sometimes people’s dreams of professional success end up failing, such as Geum-ok. Im Na-mi’s life looks perfect and happy, but she trades it by sacrificing her personal time.

Just like in real life, many people are ambitious when they graduate from high school, but how many people still keep their ambition throughout their careers? How many people still remember their initial dreams and keep pursuing them?  The film seems to imply, in a pessimistic way, that not many people have the same ambition and dreams that they had when they were younger. When Na-mi watches a video her and her friends made in high school, when that seventeen-year-old Im Na-mi is displayed right in front of her, talking about her life dreams and expectations for the future Im Na-mi, she cried, and she realized that she never achieved younger Im Na-mi’s dreams and expectations… not even one.

When I watched this scene, I asked myself, have I achieved my younger self’s dreams and expectations? Have I let my younger self down? I believe not only myself, but others who watch this scene will have a similar reaction, and ask themselves the same questions.

At the end of the movie, Na-mi reunites all the members of Sunny at Chun-Hwa’s funeral. They dance their unique group dance “Sunny” and for a while, seem to go back to their high school lives. For a brief moment, the girls are young again, their friendship hasn’t changed, and Sunny is reunited. They are seventeen years old, they are ambitious, outgoing, and never disappointed by life’s frustrations… but only for a moment.