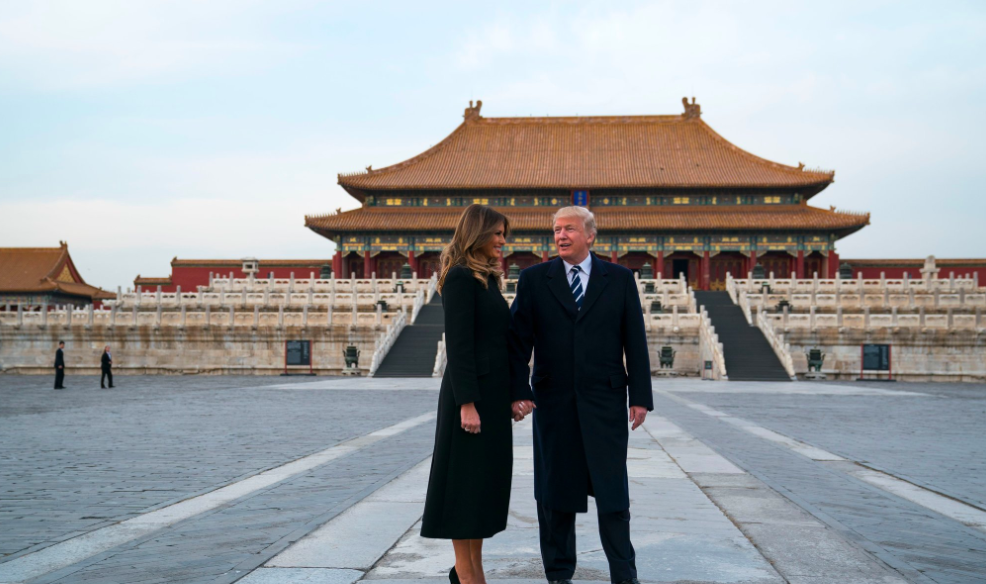 A hand shake. A compliment. A symbolic gift. The manner with which a president or national leader interacts with other heads of state offers a comprehensive look at the way he or she leads domestically. Presidential tours and international meetings such as the G20 and NATO Summits give us the chance to watch national leaders rub elbows and put aside their differences for the time being; it’s through these interactions that the mechanics of a chief executive’s leadership are revealed.

President Donald Trump did just that last week during his twelve-day tour of Asia, during which he made stops in five different nations: China, South Korea, the Philippines, Vietnam, and Japan. In addition to meeting with the chief executives of these nations, Trump got the chance to speak on an even broader stage by attending the 2017 Asia-Pacific Economic Co-Operation (APEC) Summit in Da Nang, Vietnam.

Major topics of discussion throughout Trump’s marathon tour included the developing crisis with North Korea and its nuclear weapons, bilateral trade, and the prices of imports and exports. Through all of his meetings with foreign leaders, Trump’s style of diplomacy has been indecisive, often praising opponents while denouncing allies.

From what we’ve seen from Trump, it’s difficult to deny that he has more favorable opinions towards those leaders who show him favor in return. In regards to human rights violations, for example, Trump skirted the issue as much as possible and focused on deferring to the leaders of countries who have perpetrated the most offenses. When hosting a press briefing with Philippines President Roberto Duterte, who has given the Philippine National Police the permission to kill drug users on the street in attempt to rid the country of illegal substances, Trump remained silent and shut down questions from reporters on the killings). Trump instead followed their talks by stating that the two leaders have “a great relationship.” Duterte had previously been very supportive of Trump in terms of his policies; regarding his stance on immigration, Duterte stated: “I trust in [Trump’s] judgement, that he would be fair in the matter.”

In another high-profile gathering, Trump’s talk with Chinese President Xi Jinping was preceded by an elaborate military display that set the stage for a grand welcome–a gesture Trump clearly appreciated. The heads of state also visited symbolic landmarks of the country such as the Forbidden City of Beijing. Following his meeting with Jinping, Trump took to Twitter to call their meetings “very productive” and praised him as “a highly respected and powerful leader.” It is worth noting that prior to this visit, Trump had been touting his new “Indo-Pacific” vision for policy in the Asian Pacific, a policy which holds at its center the minimization of China’s growing role in the economy.

Trump’s warm interactions with Russian president Vladimir Putin during the APEC Summit affirmed their alliance despite growing concerns that Russia meddled with the results of the 2016 election. He shot down any notion of this possibility, stating that he had asked Putin himself: “You can only ask so many times. I just asked him again. He said he absolutely did not meddle in our election. He did not do what they are saying he did.” Trump didn’t have an official meeting with Putin during the trip; rather, they had several brief opportunities to converse throughout the course of the Summit. Various instances were recorded in which the two spoke together as they walked from various locations in the summit. Despite criticism of his close connections with Putin, Trump doesn’t seem to want to cut ties.

There were also moments of Trump’s trip in which he sought to put other countries in a negative light. Notably, he criticized the trade imbalances existing between the U.S. and Asian nations, most prominently Japan. Lashing out at Japanese carmakers who host their factories within the borders of Japan, Trump spat: “Try building your cars in the United States instead of shipping them over. That’s not too much to ask.” He also seemed to have an overall unfavorable impression of Japan’s relationship with the U.S., proposing that Japan was getting the most out of their trade deals.

Trump also continues to struggle to be cordial with North Korea’s supreme leader, Kim Jong-Un. He made headlines for his borderline comical tweet towards the DPRK head, asking: “Why would Kim Jong-un insult me by calling me ‘old’ when I would NEVER call him ‘short and fat?’”

North Korea continues to be a thorny issue among world leaders, particularly those in attendance at the APEC Summit. With the country continuing to build its nuclear weapons program, the countries present at the summit discussed ways in which they could encourage the nation to back down. Notably separate from those countries is China, which has encouraged more open communication channels with Pyongyang; Trump, as previously stated, has maintained close-knit relations with Chinese President Xi. It will be interesting to see how his stance on North Korea continues to evolve.

If there’s one thing to have been learned from the Asian excursion, it’s that Trump seems to have a clear-cut idea of with which foreign leaders he wants to become the closest with. Whether those leaders reflect the interests of the country at large or his own personal agenda, however, is yet to be determined.