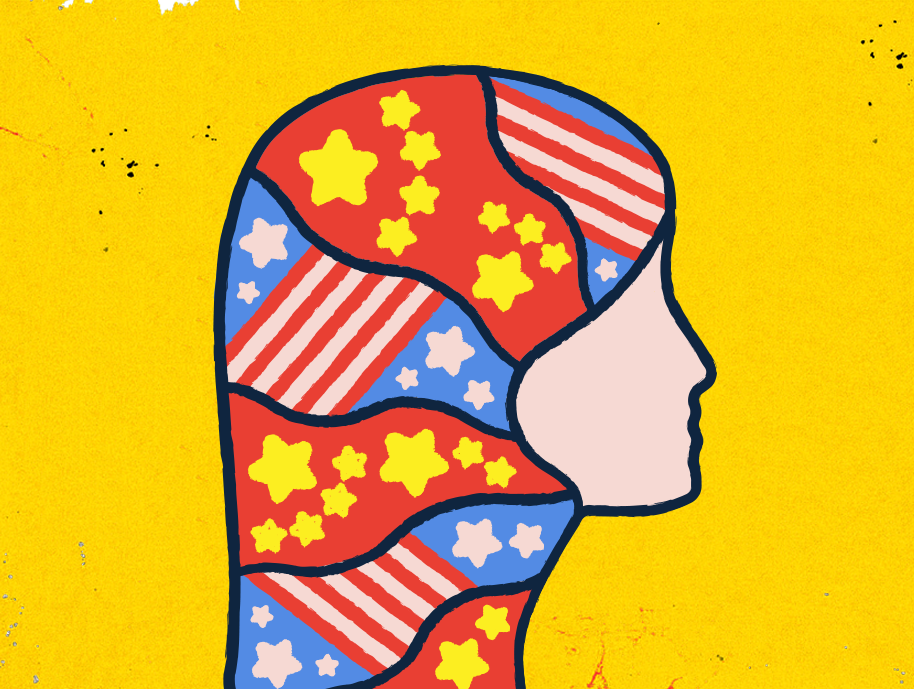 As a Chinese undergraduate student, I have spent more than four years in the U.S., so I am used to the American Culture: the way to behave and the way to think in this country. When I came back to China, I sometimes felt uncomfortable about some ways Chinese behave and think.

Since I have arrived in the United States, I have gotten used to holding the door for the person behind me. One thing I noticed and was uncomfortable with when I was back is that people who go in and out of building do not hold the door the person next to them. It made me uncomfortable even though, before I studied in America, I did not hold door for people after me. When I first came to Temple, I was surprised to see that  holding the door for others is a common thing, and to see that when people are in a rush, they will feel really sorry that they cannot hold the door. I thought that was really polite, and is a habit I want to keep. This habit became hard to keep during my internship in Beijing. One morning, when I got to the entrance door of my office, there was a little girl and her mother coming from the opposite side. Instead of going directly through the door, I decided to hold the door for them. Since many people go to work in the morning, there was a line after them but I expected that they would definitely let me in first. To my surprise, the line followed the girl’s mom naturally and totally blocked my way. As a result, I just stood there awkwardly holding the door for them without even getting a thank you. I was a little angry at that moment but later I realised that was just a cultural thing. Because of the large population and busy lifestyle, holding doors for the next person seems impossible in China. I learned the lesson and for the rest of my internship, I stopped holding doors for others.

Another difference I noticed is the way women are measured. In my Mosaic class, we had to read books about women’s right; at that time I realised that Asian cultures actually tend to materialize women. I remember that in China the media states that all women should get married after 25 but before 30, risking to become “Leftover” women if they did not. I was shocked to realize that I was indeed materialised. Until then, I did not question the way I was measured. People in China measure women only by their appearance. It is like regarding women as a piece of meat, which has a expiration date. The books told me that women should be treated as equals to men. Why should women only be measured by their appearance while men are measured by different things, including but not limited to, wisdom, money, fame and social status? In America, independence of women is highly appreciated, whereas in China women are always expected to find a man and have kids for them. In contrast, I feel that in the U.S., women have children with men and not for them. Back home, women who want to stay independent and have a successful career are called bad names like man-women or leftover women. When I went back, all my relatives and my parents’ friends asked if I had a boyfriend and when I was planning to get married. They think it is a normal thing to ask this kind of private questions. Before I was ok with it; however, now I refuse to answer it. This has caused me a lot of troubles because my parents expected me to behave like before and they think what I did is not polite. I debated it with them. Even though they still disagree with me, they started to accept my opinion.

These are two of the major differences that I have noticed, especially after my return to China; however, they are not the only ones. There are tons of difference between China and America. I have not embraced all of the American habits that I discovered in this country. For example, Americans tend to have parties during the weekend, starting on Friday night, whereas Chinese are more likely to spend that time with their family. Burgers,fries and pizza are the primary food for Americans but as an Asian, I cannot tolerate them at all which is a huge problem for me. This was something that I did not miss when I returned to Beijing. In fact, I now appreciate Chinese food much more than before I came to America.

I plan on moving back to China for my professional career which means I will have to deal with those differences, both the ones I enjoy and the ones that dislike. On the one hand, I know that I will have to let go of some of the values I have acquired here in America, such as holding the door for others. This is not a big issue for me and I can let it go. On the other hand, there are values that I want to fight for such as women’s right. The way to think about women rights will affect my life a lot. Even though I cannot change how other people measure women, I can try my best to not let them change me and create a small bubble around myself to protect myself.

Previous Article
Trump’s Travels: Twelve Days in Asia
Next Article
This Week in the World | 01.04.17