Cracking Down on Corruption 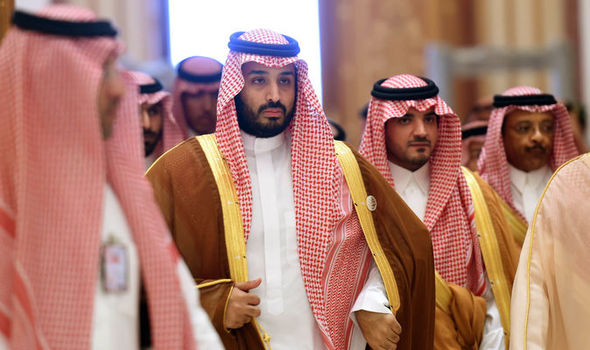 If Saudi Arabia reminds you of affluence and luxury, you are not wrong. Large oil reserves bring unmatched wealth to the country known for its luxurious shopping malls and superhighways. With a $776 billion GDP, the country is in the top 10th percentile of world gross domestic products.

Despite its success, the country, bordering the Red Sea and Gulf of Persia, has its fair share of problems. Saudi Arabia is an oil monarchy. That means it is overwhelmingly dependent on resource wealth. Additionally, it has a largely conservative citizenry, in that women cannot marry, get a job or travel without a male guardian’s permission.

The House of Saud, who hosts thousands of princes and princelings, projects a gold-plated lifestyle.Witnessing much corruption, King Abdullah bin Abdulaziz, who died in 2015, told his brother he didn’t want to face the Judgment Day with “the burden of corruption” on his shoulders, according to diplomatic memos. The corruption alleged towards hundreds of princes includes graft, bribery and money laundering.

One man among the royals, set out to overhaul the system.

A lawyer by training, Crown Prince Mohammed bin Salman, or M.B.S, is declaring on the war on corruption. His vision is remaking the country into an open post-petroleum modern society with a reform agenda called “Vision 2030”. This agenda ultimately calls for a more prominent private sector, smaller bureaucracy, and curbs the power of the religious establishment. Share of the oil behemoth Saudi Aramco and privatized state assets will increase the sums of money exponentially.

“My father saw that there is no way we can stay in the G-20 and grow with this level of corruption. In early 2015, one of his first orders to his team was to collect all the information about corruption — at the top. This team worked for two years until they collected the most accurate information, and then they came up with about 200 names.”- he told Thomas Friedman, foreign affair columnist of the NY Times.

If it sounds too good to be true, critics think so too. Veteran Saudi watchers are questioning the prince’s highly-visible cleanup as a bid to consolidate power and silence potential rivals. These power grab allegations are flatly denied by the prince himself, who calls them ” ludicrous,” pointing out that many leading members of the Ritz crowd have already publicly pledged allegiance to him and his reforms.

If M.B.S wants to overhaul the system, he needs to reassess the “Islam modesty” that he strives to achieve for Saudi society. The prince reportedly purchased a $500-million yacht on the spot from funds acquired through the removal of some of the corrupted. This rash purchase, which seems like the norm in Saudi monarchy, manifests the indulgence of royals and the inconsistencies of the Prince’s promises.

Secondly, although freeing women and re-opening shuttered cinemas might impress the Saudi youth, these efforts will not re-engineer the social system to the core. What’s lacking is economic transparency. Very little information is disclosed to the public about the scale and nature of the royal family’s holdings and the myriad ways in which the Royals’ wealth overlaps with the state budget. The exact number of monarchy members and their entanglement in the national wealth is unclear to the world, with estimations of 20,000 men and women possessing enormous wealth. As the collective wealth is known for opacity, so is the state-run Public Investment Fund, which is directly under M.B.S’s control.

Prince Bandar bin Sultan, who served as the Saudi envoy to Washington, justified in a 2001 PBS documentary: “We did not invent corruption,” the veteran ambassador added. “This has happened since Adam and Eve…. This is human nature.”

He admitted that the Saudi monarch had misused $50 billion, or 1/8 of the money Saudi Arabia has made in the three decades of development. The prince added,”But I’ll take that anytime. There are so many countries in the Third World that have oil that are still 30 years behind.”

Still, we will never know the exact amount of corrupted money if we are not cognizant of the revolutionary efforts by M.B.S and his bureaucracy.