Standing In Solidarity Against Abuse: At Home and Abroad 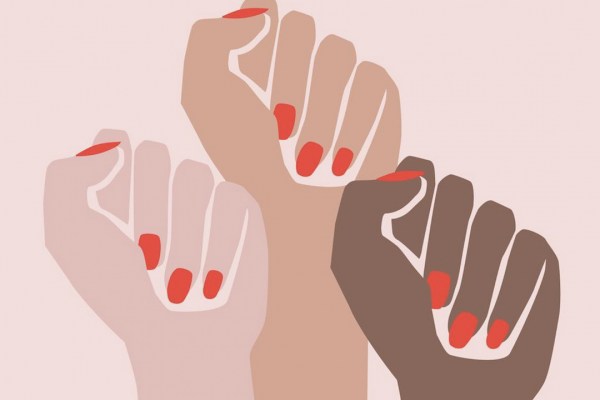 While we’ve seen a number of disturbing accounts of sexual harassment and assault in the news recently, America’s conversation around sexual harassment can be dated back to the early 90’s. In the summer of 1991, a woman by the name of Anita Hill accused Clarence Thomas, the George H.W. Bush nomination for Supreme Court Justice, of sexual harassment. In October of that year she testified during his confirmation hearing and claimed that the unwelcomed sexual advances began when the two worked together at the Department of Education. Regardless of these allegations Thomas was confirmed by the Senate and still serves as a United States Supreme Court justice to date.

Fast-forward a few years — we all remember the Bill Clinton and Monica Lewinsky scandal, but how often do we think about the Juanita Broaddrick report that Clinton had allegedly brutally raped her? Or the accounts of sexual harassment made by Paula Jones and Kathleen Willey?

In the last few months and weeks more and more powerful males in our society have been ousted for sexual misconduct, including most infamously Harvey Weinstein, Kevin Spacey, Roy Moore, Al Franken and Matt Lauer.

But we can’t forget, of course, the President of the United States, Donald J. Trump. Sixteen women have separately accused Trump of inappropriate behavior including harassment, assault and even marital rape. Even after the Access Hollywood tape was released where he expressed that “when you’re a star they let you do it. You can do anything” he did not lose virtually any of his supporters.

While we still have a ways to go, it’s safe to say that there is a massive shift in the way the United States views women speaking out against sexual assault. The #MeToo campaign that went viral on social media in the wake of the Harvey Weinstein scandal in October prompted thousands of women all across the world to share their own personal experiences and it seems as though people are now starting to believe women instead of blame them. Even conservative public figures and politicians like Senate majority leader Mitch McConnell, former Republican presidential candidate Mitt Romney and Senator John McCain have spoken out against these allegations and advocated for believing victims of sexual assault.

Though the conversation is shifting towards justice for sexual mistreatment victims in the United States, are other countries following suit? Let’s take a look at two other countries that are dealing with similar news stories — Mexico and Saudi Arabia.

Taking a trip across the southern border to Mexico, we have a country that has a history of violence against women, contraception controversy and more. This past week five women have testified before the Inter-American Court for Human Rights demanding an investigation involving sexual harassment and abuse from Mexican police forces back in 2006. Conflicts arose between protesters and law enforcement where officers allegedly beat and sexually abused at least 11 women. No action was taken until six years later, and two of the women actually spent two years incarcerated, all while the accused, as a whole, faced no repercussions. It took much too long, over a decade, for these women to get recognition and will still take months for a final ruling on this case.

Now let’s take a 8,500 mile coast across the Atlantic to Saudi Arabia, a country where women’s right are extremely limited; so limited that they were just given the right to drive this past September. A recent local news story reported a Saudi preacher has incited controversy over his remarks that deemed women responsible for harassment they may experience and that women who wear makeup are inviting adultery. Now the government is considering introducing legislation that would deem sexual harassment a criminal offense via an anti-harassment law. Will this potential legislation actually come to fruition given their volatile and harsh monarchy? Who knows. But even the slightest conversation in a country whose record of human rights is absolutely horrid is rather surprising and nonetheless a step in the right direction.

England is also feeling the wake of the Harvey Weinstein scandal. Late last month, thirty six politicians were exposed of alleged sexual impropriety and many female British politicians announced that they were victims of sexual abuse by other members of the government. Meanwhile, the French president, Emmanuel Macron is launching an attack against sexual violence by simplifying the system for rape and assault victims to go to the police coupled with a TV and social media campaign.

While we are seeing some serious global change, there are still countries around the world whose progress in combatting sexual assault is seriously stagnant. In Sierra Leone, women and girls face major difficulties in speaking publicly about their experiences with rape and sexual violence, and are often stigmatized in their communities even if they find the courage to do so. Although there are efforts to combat this, Sierra Leone is infested with structural inequality making it hard to make any major strides.

It’s important for everyone around the globe to understand that simply living in a given country can give you immense privilege in many ways, especially regarding women’s rights. To be truly pro-women’s rights we cannot forget the silenced women all around the world who are forced to swallow their own accounts of sexual harassment.

It’s become clear that  recently the United States, France, England, and others are taking universal strides in believing women who have the courage to speak out against sexual assault. These allegations are beginning to be taken as serious as ever, but that doesn’t mean the rest of the world is  up to speed yet. International solidarity is absolutely essential in the quest to eradicate sexual assault and violence on a global level, so as we keep fighting for victims’ right to justice, don’t forget about our sisters and brothers around the globe.

Previous Article
The Environmental Problem: A Global Perspective
Next Article
J&J – Keeping Up with the Food Trucks – Jamaican D’s