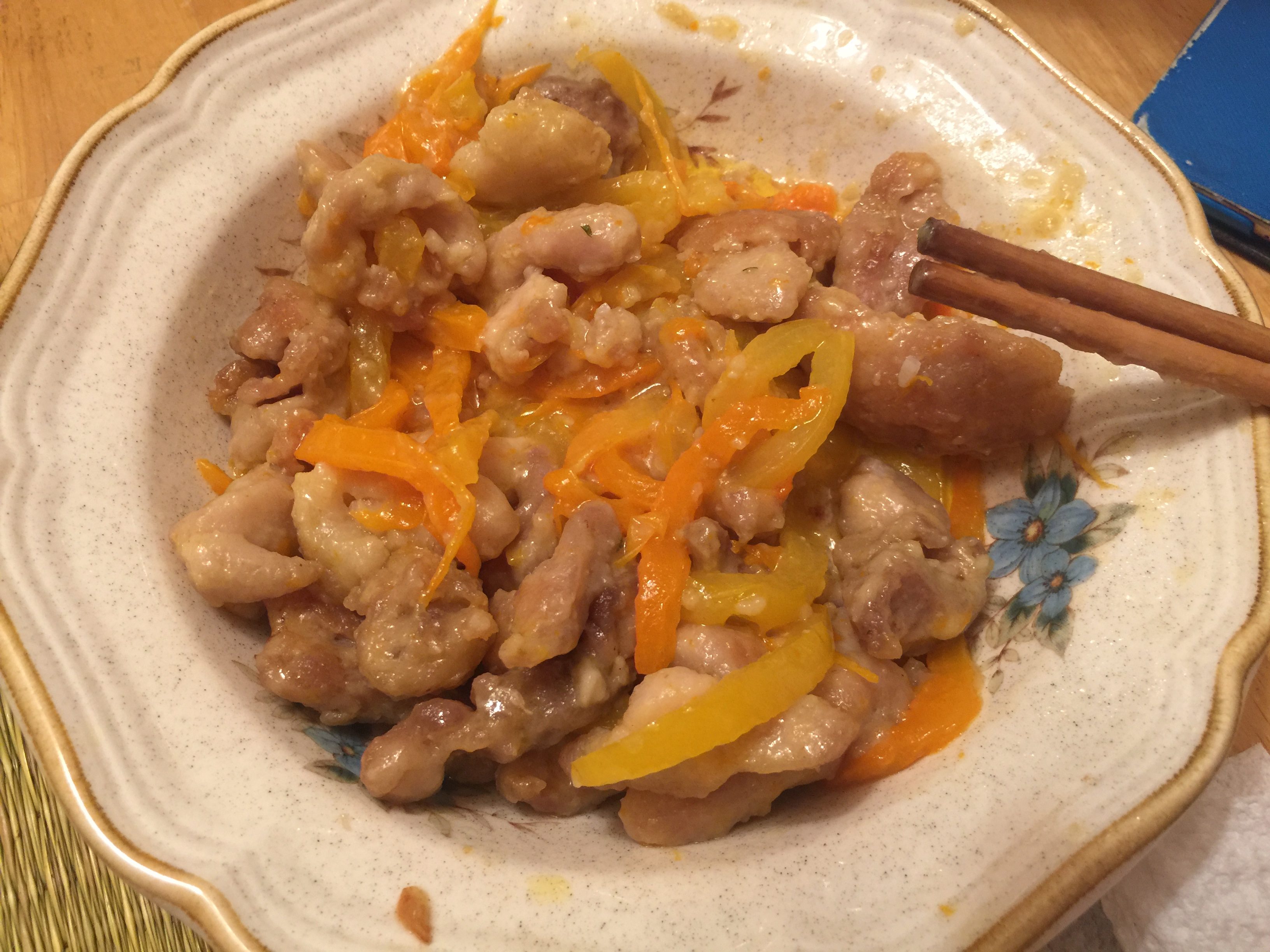 “Okay, I’m only missing two ingredients. I can go without them.”

“Why is the chicken drumstick taking forever on the pan?”

“Darn it! I forgot to season the meat!”

“Well, the chicken is undercooked. I guess it’s rice and soy sauce for dinner tonight.”

After two or three hours struggling to follow a recipe and use kitchen utilities, I was eventually defeated by the burden that was cooking. Everything went wrong that night, mainly because I had no prior cooking experience. That was my first attempt to make a meal in the United States. Actually, it was my first experience cooking. It wasn’t that great, but hey, practice makes perfect.

Back when I was at home in Vietnam, cooking was the least of my concern. My parents always cooked for me; all I had to do was focus on studying. I never fully understood why my dad would enjoy spending his time after work making meals for the family.

My version of the American bacon cheeseburger. Even laziness can sometimes bring out the best of cooking

“Mom and the helper can do that for us. Why would you want to take over the kitchen?” I said.

“Because it’s a relaxing activity after a long day of work.”

Yeah, as if standing in front of a hot, boiling pan would be relaxing.

Once I was in the United States, living off-campus and have no meal plans, I was stuck with two options: either order takeouts every day, which is very costly, or take hold the spatula and pan and get into the kitchen. I decided to go with the latter, unaware of the unexpected and treacherous journey that laid ahead.

My first dish: egg fried rice. It was very bland because I forgot to season beforehand.

There are many problems that newcomers face when it comes to cooking. The first one is coming up with a menu for the day. After that, you have to consider how long it would take, what ingredients are currently available, and whether the food will fill you in the end. It’s best to plan a day before so as not to feel hungry while deciding what to make. Whenever I feel lazy, I usually look for leftovers and try to improvise into something new.

Cooking can be a pain if you have no prior knowledge or technique such as meal prepping, frying, seasoning, etc. Before every meal, I research on the Internet, call my parents and friends for assistance, and continue experimenting. It took a few skin burns to learn that I should not let water drip in a pan filled with hot oil.

One of my cooking “mentors” is my friend Cong Ngo. He shares with me his “rules of thumb” and evaluates my food during and after cooking. Some of his reviews were positive, some were… not. Some dishes were pretty bland because I forgot to season. Some were overcooked. Some were too salty or sweet. However, some were complemented, which was encouraging. Since he is an avid cook, I decided to interview him:

My friend Cong and his signature pan-fried salmon. I had a taste and it was amazing!

“What brought you to cooking in the first place?”

“When I was a high school student, I got my cooking inspiration from Master Chef competitions. Who doesn’t love making good food?” he told me.

“So in your opinion, what makes a good cook?”

“For me, a good cook needs to have [an] ‘acute tongue and nose’ to differentiate ingredients,” he said.

Indeed, it is one of the techniques that makes a good cook stand out. Sometimes recipes don’t include specific instructions on seasoning because it’s up to personal preferences. I have learned to taste my food during cooking and season to my appetite. I like sweet, so I occasionally put a little bit more sugar than usual.

Then he talked about the difficulty in cooking abroad:

“It is difficult to find authentic ingredients, because the ingredients here are different from those in Vietnam. And they have different tastes, some are even worse. That’s why the monthly trips to the Vietnamese grocery store are important because it has the closest alternatives.”

Personally, I think this is one of the main problems for all international students, even for those who are already experienced in cooking. Although Philadelphia has specific grocery stores tailored to specific cuisines, many of them are not easily accessible because they are so far away from campus. As a result, international students resort to finding substitutes or American versions of such authentic ingredients. For example, my friend Kazi Ahmed, an international student from Bangladesh, said that in many traditional Bangladeshi dishes like Biryani and Korma, they use “ghee,” the Indian version of  “clarified butter” (a butter that has had its milk solids removed, making it clear) that comes from cows’ milk or that of water buffaloes. Since it isn’t available in most grocery stores in the U.S, he has to improvise with vegetable oil.

One of my first achievements: chicken sauteed with bell pepper.

If you are want to adapt to the local cuisine, you can always make a quick and typical American food like hamburgers, hotdogs or pancakes. One of my favorite American foods is a bacon cheeseburger, which I usually make whenever I don’t have the time or energy for something complicated. But if I want to make Vietnamese food, I bring several friends grocery shopping so we can split our Uber trip fare to Hung Vuong Vietnamese Market at Washington Avenue in West Philadelphia. It’s about 25 minutes to get there by car, so we try to buy as much as we can to prevent traveling back and forth many times.

After a few months fighting in the kitchen, I am glad to say I have made good progress. There have been a few unsuccessful dishes, but I don’t mind. For me, cooking is an important first step to becoming independent when studying abroad. Knowing that you are able to sustain yourself, while embracing creativity and saving a lot of money, is very self-satisfying. Moreover, I have gained a greater appreciation for my parents because of their effort to give my family a warm and delicious meal every day. My friends agree that they prefer cooking as opposed to eating out.

“[It is] fresher, healthier. Also a good way to improve my cooking skills,” Cong said.

My second attempt at egg fried rice. Not too bad, eh?

All in all, cooking has become a part of my everyday life. It has gotten to the point where, because you are not the one putting effort into making the food, eating out just doesn’t sound as appealing as before. Every successful dish I make is an accomplishment and motivation for me to continue going to kitchen again. Despite a few drawbacks for finding non-local ingredients, cooking by yourself can be enjoyable despite it all.

Now if you excuse me, I think my sausages are burning.