History of America and UNESCO 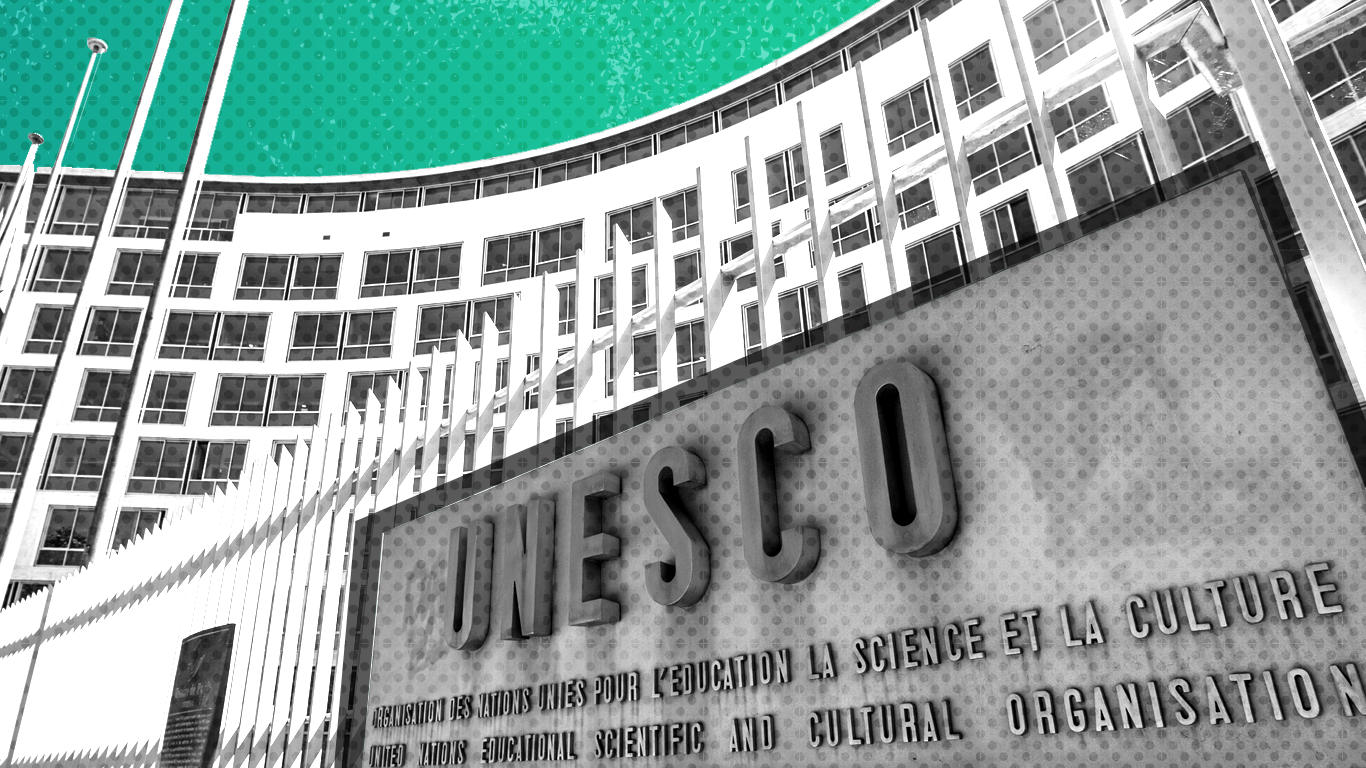 According to their website, the United Nations Educational, Scientific and Cultural Organization (UNESCO) is dedicated to “coordinating international cooperation in education, science, culture and communication.” But what exactly does this mean?

Before the Second World War was over, countries were seeking to prevent a repeat of the destruction with a plan focusing on education and international unity. In 1945, a United Nations Conference was called and 37 out of 45 member countries voted to establish “an organization that would embody a genuine culture of peace” through “intellectual and moral solidarity of mankind.” Thus UNESCO was born.

UNESCO is an international organization that coordinates efforts focused on education, preservation of culture, promotion of science, and support of free expression. Their website provides statistics on countries concerning a variety of fields such as literacy rate, government expenditure on education, and socio-economic indicators (eg. population dispersion according to age and fertility rates).

The United States was a founding member of UNESCO, but on October 12th of this year the Department of State notified the Director-General of UNESCO that the U.S. will be withdrawing from the organization. The U.S. attributed their decision to mounting concerns surrounding “the need for fundamental reform in the organization, and continuing anti-Israel bias at UNESCO.”

This is not the first time that America has withdrawn from UNESCO. In 1984, citing concerns over a perceived pro-Soviet bias at UNESCO during the ongoing Cold War, former President Ronald Reagan ceased America’s full membership. The country did not rejoin until 2002, during the administration of former President Bush, who was looking to pursue an agenda of international cooperation, stating, “America will participate fully in its mission to advance human rights, tolerance and learning.” Since then, though, tensions have not fully eased.

A major difference of opinions occurred in 2011 with UNESCO’s admission of Palestine as a full member; the de jure sovereign state has had a long-standing conflict and disagreement with Israel concerning the areas of the West Bank and Gaza Strip. This past summer, UNESCO designated a religious heritage location a “Palestinian World Heritage” site. The site is located in Hebron, within the disputed territories of the West Bank, an area of land whose ownership has been the subject of much debate and conflict.

Another disagreement occurred in 2012 when UNESCO chose to not expel Syria from its human rights committee following the civil war, despite documented and government-sanctioned human rights abuses by the Assad regime in Syria.

The withdrawal of the U.S. also brings attention to the $550 million debt which the country owes to UNESCO. In protest to the admittance of Palestine as member of the organization, in 2011 the U.S. ceased paying its annual dues contributing to UNESCO’s budget. Missing a crucial deadline to repay the debt in 2013, the U.S. automatically lost its voting rights in UNESCO. The country’s annual dues made up more than a fifth of organization’s overall budget.

Though this is a monumental step, marking a refusal of the U.S. to fully participate in a well-established international organization, the country states that it plans to “remain engaged with UNESCO as a non-member observer state in order to contribute U.S. views, perspectives and expertise.” This means that they will not be a member of the organization, with the corresponding affiliation and voting power, but they will be contributing views concerning vital issues and international concerns.

It appears that the U.S. is seeking to have the best of both worlds, being both part of UNESCO and not, but the outcome remains to be seen. Rather than participating in UNESCO, the U.S. will be voicing its opinion and likely counting on the support of allies and friends to succeed in advancing its agendas.

As UNESCO has become an institution that embodies the post-World War 2 peace consensus, the United States’ decision to leave the organization has both symbolic significance and political consequences. In the 1960s, media analyst Marshall McLuhan coined the term “Global Village” to describe the international connection of individuals across geographical and cultural divides. With the advance of technology, this sense of international connection has only become more prevalent, and it will be vital for the U.S. to continue developing a global image in light of it’s intertwined and multi-national existence. UNESCO was created to symbolize international unity and cooperation. With this newest development, the U.S. will need to develop strategies to continue their international presence and dialogue.

Previous Article
Tips for Saving Money
Next Article
This Week in the World | 10.30.17