A Global Look At Protesting 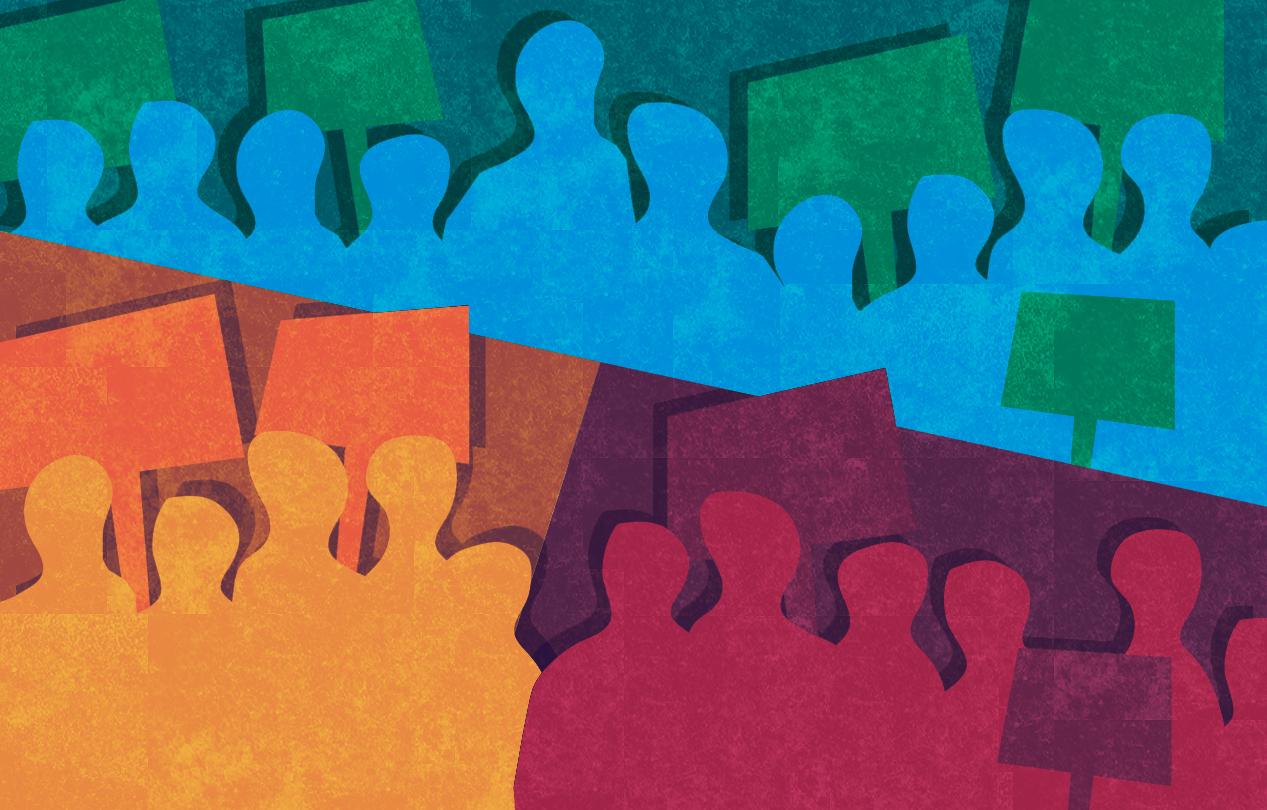 There are multiple ways by which a nation’s citizens can express a cause and make their voices heard by the government, but one of the most direct and powerful methods is dissent. It is of supreme importance to acknowledge that in all countries around the world, protests have ultimately led to social change, and at the least, they have started important conversations and debates. In the absence of protests, power goes unchecked, and leaders are not accountable. In the U.S., Spain, South Africa, and China, four very different countries, the question of dissent still remains controversial.

The extent to which the legislation perceives and tolerates civil disobedience is different in each country. In the US, the current debate about  NFL players kneeling during the national anthem, a symbolic protest against systemic racism and oppression, has been one of the controversial topics these recent weeks. With such a heated debate about protesting, it is perhaps useful to take a deeper look at other countries and how they have handled nonviolent resistance.

A recent example of troubled democracy and large-scale protesting in Europe can be found in Spain. Spain’s current crisis in Catalonia is quite complicated, and has been amplified by protests over what the Spanish central government has deemed an “unlawful” referendum for Catalonian independence from Spain. The lack of support for this proposal from the EU, and a strong divide between the pro-secession and pro-unity groups, have made it a heated topic in Spain.

However, most importantly is the persistent and violent use of Spain’s gag law, or “fines for disturbance of public safety” law, upon its citizens’ rights for nonviolent resistance since 2015. Spain is a nation with a long history of quelling protests. It was controlled by a brutal dictator, Francisco Franco, from 1939-1975. Along with pressure from the international community, the 1968 protests against Franco played a significant role in forcing him to slightly loosen the restrictions and repression in certain areas. Arguably, this led to a nation-wide loosening of repression in the post-Franco era.

When Franco died in 1975 and Spain moved towards democracy, the Spanish people had expected progress and freedom. Therefore, Catalonians were more than disappointed that even with a democracy and a constitutional right to have a “peaceful unarmed assembly,” they were blocked from voting and violently assaulted by the riot police on October 1st, when the referendum was held. Many have argued that despite how “unconstitutional” Catalonian independence is or potentially harmful protesters are, the Spanish police and government should not have inflicted injuries and denied Catalonians their basic human rights. While these actions almost instantly conjured up memories of Franco’s dictatorship, Catalonians have been continuing the 1968 protesters’ legacy by standing strong against the suppression and pushing for their freedom.

Named the “protest capital of the world” with its democratic legislation declaring that “everyone has the right, peacefully and unarmed, to assemble, to demonstrate, to picket and to present petitions,” South Africa appears to have more lenient protection for civil disobedience compared to Spain. Unfortunately, in reality, police brutality against demonstrators is still intensely practiced  here. The majority of modern protests circle around issues of poverty, President Zuma’s corruption scandals, a fragile economy, immigration, employment, perpetual apartheid, and higher education inequality.

South Africa’s long history of dissent stretches back to the anti-apartheid movement led by the famous Nelson Mandela, later known as the country’s first African and democratic President in 1994. However, his election could not ultimately dissolve the deeply rooted apartheid, or racial segregation in South Africa. Shortly after Mandela passed away in 2013, the country erupted in civil resistance and escalated tension between the people and their government. The most recent protest, #FeesMustFall, fought for college affordability at historically black universities, and demonstrators were horrifyingly met with rubber bullets and grenades from the police.

With a history of dissent and activism that has had a massive impact in the fight against racism and discrimination in South Africa, the government should be reminded that it was the resistance of the majority yet historically oppressed citizens that allowed them to rise to power. Similar to the U.S. and Spain, protesting in South Africa, especially nonviolent protesting, has made it a more inclusive country than it was in the past.

While Spain and South Africa are similar in their use of excessive police brutality on civilian protesters, the events and demonstrations are still publicly and internationally known. However, this is not always the case in China, where citizens were supposed to “enjoy freedom of speech, of the press, of assembly, of association, of procession, and of demonstration.” The infamous Cultural Revolution in China was essentially a nation-wide protest against the bourgeois, intellectuals, spiritual or traditional groups who were “counter-revolutionary,” and betrayed the interests of the State. The Revolution’s excessive death toll and damage later ironically became the reason that the Chinese government used to suppress peaceful attempts of civil resistance for the sake of national security and safety.

From the Tibetan independence demonstrators, pro-democracy college students at Tiananmen Square, to Falun Gong’s spiritual practitioners, civilian protesters have been severely punished by torture, execution, forced labor, and even live organ harvesting. Rare domestic demonstrations have occurred, such as the one earlier in July opposing a big Chinese company, but people were nonetheless detained and “reeducated.” Most of the protests are in fact held outside of China. For example, there are pro-independence and democracy advocacy movements for Hong Kong, Taiwan, and Tibet, as well as the persistent nonviolent protests from Falun Gong practitioners to raise awareness about its 18-year persecution. Though protesting exists in rare form in China, Chinese citizens residing in China do not enjoy the same amount of freedom when it comes to challenging the government.

Looking At The Bigger Picture: Why Protesting Matters

After evaluating how civil resistance is treated across countries and even continents, we might wonder what all of the governments could do to improve their tolerance of dissent. Suppression and abuse usually only lead to more unrest, but respect and protection of civil rights do not. Ideally, national leaders should perceive a protest not as a threat, but as a constructive attempt by the people to communicate with their government. In other words, if the ones in power wish to be understood about their approach to running their country, they should consider listening to their citizens.

Thinking globally about protesting reveals that in mostly every country and region, protesting plays an important role in shaping the politics, culture, and values of its people. Different countries react in different ways to protesting within their borders, but the importance of seeing protest as a way to gain more insight into the needs and desires of the people is something that can be appreciated in all parts of the world.