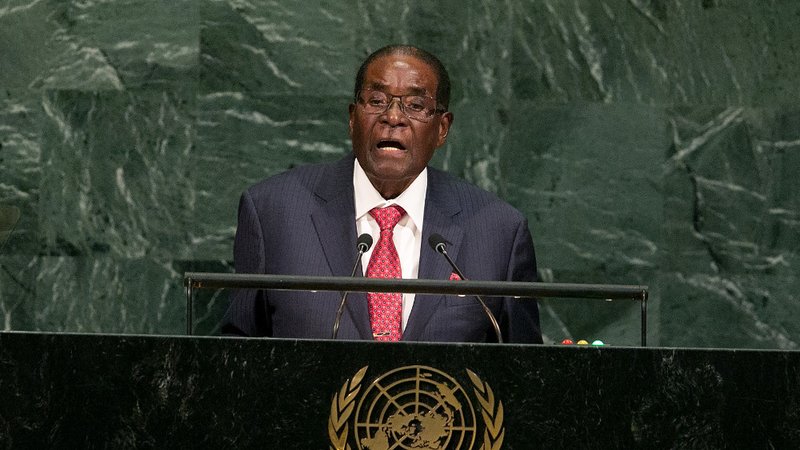 The appointment of Zimbabwe’s president Robert Mugabe as a World Health Organization Goodwill Ambassador Of Non-communicable Diseases across Africa has attracted criticism from several organizations including campaign groups and the opposition in Zimbabwe. Dr. Tedros Adhanom Ghebreyesus, the first African to head the WHO, had commended Zimbabwe’s dedication to public health. But, Ghebreyesus is now “rethinking his approach in light of WHO values.”

According to critics, the healthcare system in Zimbabwe has collapsed. Medical staff often go without pay and medicine is in short supply. Mugabe’s “utter mismanagement of the economy has devastated health services,” said Human Rights Watch, a US-based campaign group.

A spokesman from Zimbabwe’s main opposition party, the Movement for Democratic Change (MDC) stated that “the health delivery system [in Zimbabwe] is in a shambolic state; it is an insult.” He blamed Mugabe for the collapse of public hospitals. The British government also claims that “his appointment risks overshadowing the work undertaken globally by the WHO on non-communicable diseases,” and that given the sanctions against him by the US and European Union over human rights abuses, his selection was disappointing.

Mugabe learned of  his appointment at a conference on non-communicable diseases hosted by the WHO in Montevideo, Uruguay. The Zimbabwe Herald newspaper reported the president saying that although  “Zimbabwe has developed a national non-communicable disease [NCD] policy, a palliative care policy, and has engaged United Nations agencies working in the country, to assist in the development of a cervical cancer prevention and control strategy,” the nation was “hamstrung by a lack of adequate resources for executing programmes aimed at reducing NCDs and other health conditions afflicting the people.”

While it may seem that Mugabe’s appointment is heavily criticized because of the poor health system in Zimbabwe, that’s actually not the sole reason. Goodwill ambassadors are active in  clinics in areas with struggling healthcare systems, and they use their influence to raise support for relief efforts, responsibilities 93-year-old Mugabe may be unable to fulfill.

Following the many criticisms, Tedros Adhanom, in a statement on Sunday, said, “over the last few days I have reflected on my appointment . . . As a result I have decided to resign the appointment. I have listened carefully to all who have expressed their concerns, and heard the different issues they have raised.” Many people took to Twitter to celebrate the decision of Mugabe’s appointment being cancelled, but the question remains: why was Mugabe selected in the first place? 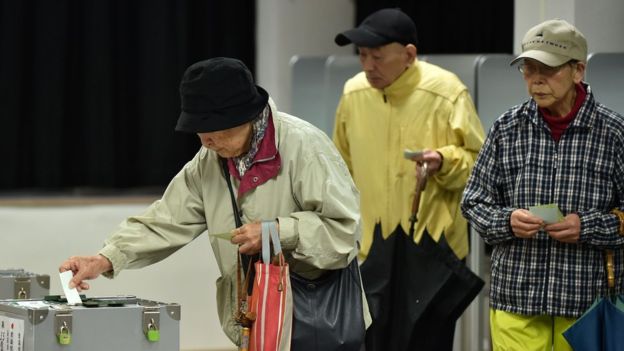 In September, Prime Minister Shinzo Abe called for a snap election in Japan, a year ahead of schedule, to renew his mandate to deal with a national crisis and tensions with North Korea. His support base had been negatively affected by Abe’s unpopular policies and corruption scandals. Abe denied claims that he used his influence to help a friend get approval to establish a private university, as well as denying links to an ultra-nationalistic school that purchased government land at a fraction of the value. Abe’s anti-terror law was heavily criticized, so was the call for the formal recognition of the military in the constitution of Japan, which allows Japanese troops to be deployed as part of international missions.

The opposition in Japan stated that the president is using the snap election to distract from the scandals, but Japanese voters are concerned about the nuclear threat from North Korea, and the nation’s stagnant economy and Social Security. Some believe that the elections are a calculated move by the government in response to the threat from North Korea.

In a statement after he won the election on Sunday, Abe said that, “as I promised in the election, my imminent task is to firmly deal with North Korea. For that, strong diplomacy is required.” This diplomacy involves revising Article 9 of the Japanese Constitution, which demands the renunciation of war. In other words, the revision would abandon Japan’s commitment to never entering into war. Many agree that revising the law is not a step in the right direction, with tensions ever-high on the Korean peninsula. 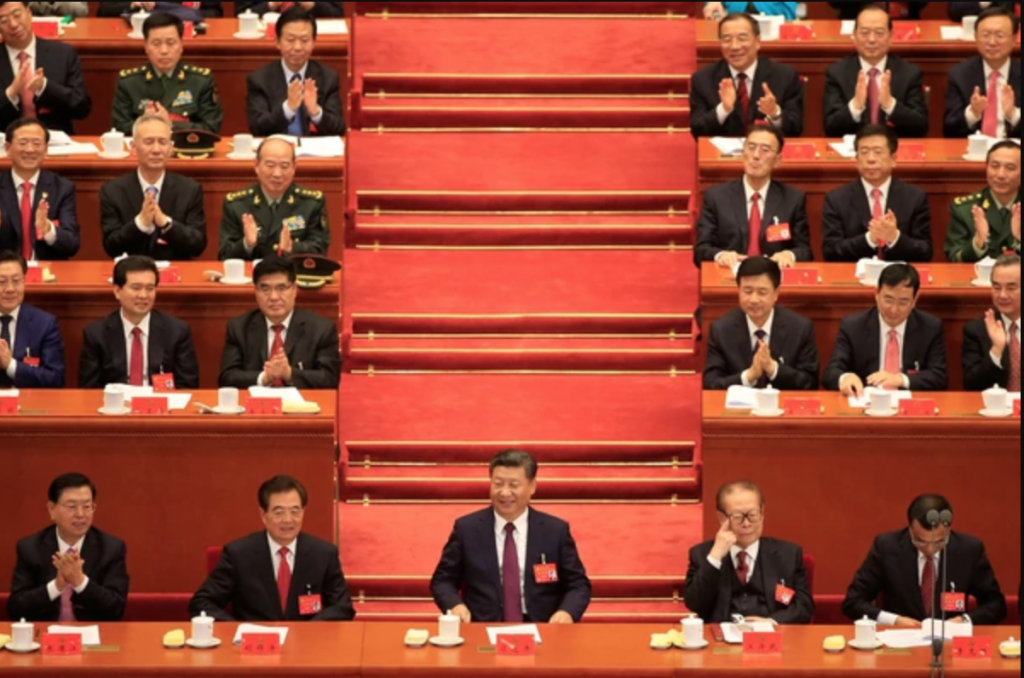 At the opening of the Party Congress on Wednesday, October 18th, Xi Jinping, the president of the leading Chinese Communist Party (CCP), was elected to a second 5-year term. In his opening speech, Jinping talked about the “rejuvenation” of China, but stressed that China’s rapid development was unbalanced. He is expected to discuss China’s increased military operations, the military buildup in the South China Sea, and an economic agenda that continues to move China forward as one of the most powerful economic global players.

Jinping’s first term was marked by a notable crackdown on dissent and corruption, allowing him to gain significantly more power in China than his predecessor, Hu Jintao. Though the Chinese central government is also partially run by a Politburo, which consists of 25 elected officials who are tasked with advancing the president’s agenda, 7 of which make up the Politburo Standing Committee and have immense power, there is very little dissent within Jinping’s Chinese Communist Party.

Because the 19th Party Congress will lay out Jinping’s vision for the future of China, and because there is very little opposition in China, the proceedings of the 19th Party Congress over the next few days will effectively establish China’s political and economic “game plan.” The election of President Donald Trump in the United States has brought forth a wave of anti-internationalism, which has resulted in an increasingly isolationist agenda in a country that for years has been considered the “leader of the free world.” What this means is that there may very well be an opening for China to become the global leader of the 21st century. Jinping’s message will likely explain exactly how China plans to fit into the global leadership hierarchy in the years to come. Be sure to stay tuned! 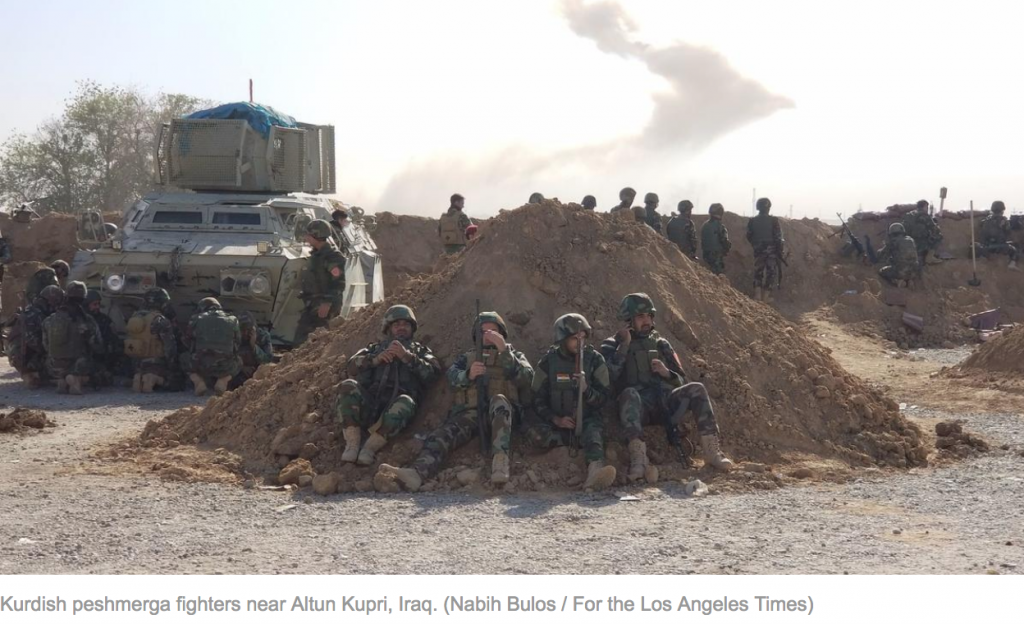 Clashes this past week between Iraq and the unofficial Kurdish government have been a major setback in the movement towards Kurdish autonomy and the establishment of a Kurdish state within Iraq. On September 25th, Kurds in Iraq overwhelmingly voted for independence, but the central government of Iraq launched a military offensive last week against Kurds in the northern part of the country. The purpose of the offensive is to take back land that the Kurds have claimed autonomy over.

The clash between Kurds and the Iraqi central government is especially complex because both the Iraqi military and the Kurdish military have been supported by the United States in the fight against the Islamic State. In fact, the United States has peppered both militaries with weapons, some of which were used against each other in the clashes last week.

Kurds were forced to give back oilfields, power plants, and airports in the region in which they are claiming autonomy last week. But, the area still technically remains “disputed.” In Iraq, the resolution of disputed territories is a process laid out in the Constitution, and despite the fact that the Iraqi government is attempting to reassert its authorities over Kurdish territory, the territory will remain disputed until the legal process is completed.

The Iraqi military has also been fighting alongside members of the Popular Mobilization Units (PMU), a military coalition funded by Iran which was sent to Iraq for additional support in the battle against the Islamic State. The PMU joined the Iraqi government in its recent takeover of the disputed Kurdish territories, and has also been accused of torture and violence against Sunni civilians.

U.S. Secretary of State Rex Tillerson said this weekend that it is time for Iranian-backed military units, like the PMU, to go home, as the battle against the Islamic State (IS) is winding down. Tillerson also pledged to support Iraq as it rebuilds, following the destructive battle against IS in the region. This is part of a larger U.S.-based move to reduce Iran’s influence in Iraq. The U.S. State Department has also spoken out about the Kurdish territory dispute, urging all parties to “cease all violence and provocative movements, and to coordinate activities to restore calm.”

So far there have only been 8 reported injuries in the clashes between Kurdish and central Iraqi forces, but numbers are expected to increase if the territory dispute is not resolved peacefully. 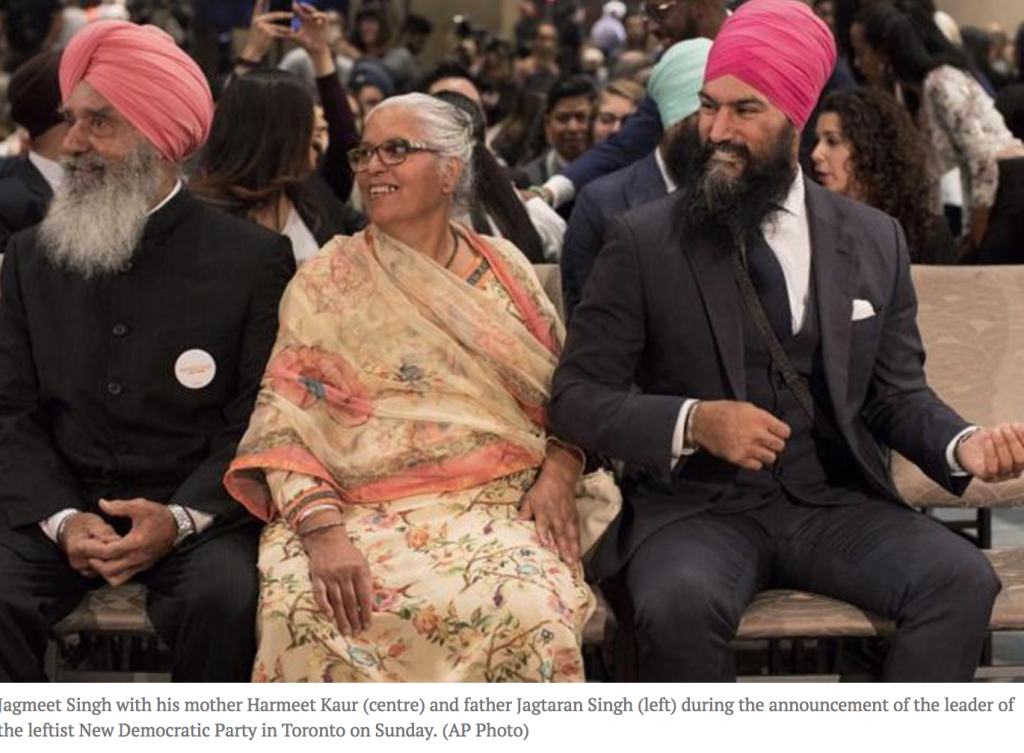 In a controversial bill this past week, Quebec, a French-speaking province in Eastern Canada, prohibits anyone whose face is covered from delivering or receiving a public service. The bill targets niqab and burka-wearing Muslim women, though the words “niqab” and “burka” were not explicitly included in the legislation. Quebec has a Muslim population of over 250,000, many of whom wear niqabs or burkas in accordance with their religious beliefs. The bill applies to a wide range of public services, including hospital, libraries, and public transport.

Canadian Prime Minister Justin Trudeau spoke out about the bill, saying that he believes there will be a large degree of discussion about the bill’s constitutionality, but that the federal government will not be the one to challenge the bill. Trudeau, who has made many efforts to protect and integrate Muslim immigrants into Canadian society, does not have the power to challenge the bill, but his statement seems to imply that the bill will face a lot of pushback.

Because freedom of religion is written into Canada’s constitution, it is unlikely that the bill would survive if it were to be challenged in court. Still, similar to the “burkini” ban in France last summer, the bill reflects growing discomfort in Western countries with religious Muslims. 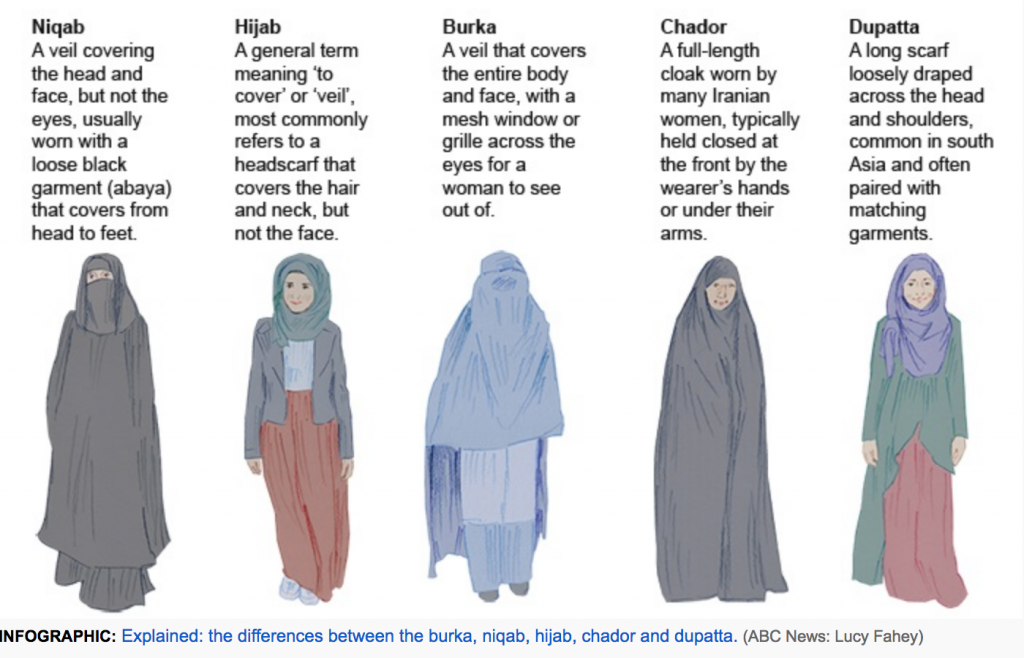 Despite anti-Muslim and anti-immigrant sentiment in Canada, in early October, Jagmeet Singh became the first Sikh politician to lead a major party. He will lead the New Democratic Party, which is the main opposition party in Canada. Singh will lead the party in the Canadian elections in October 2019. The dichotomy of acceptance and intolerance in Canada, evinced by the  is sure to make for an interesting election season.