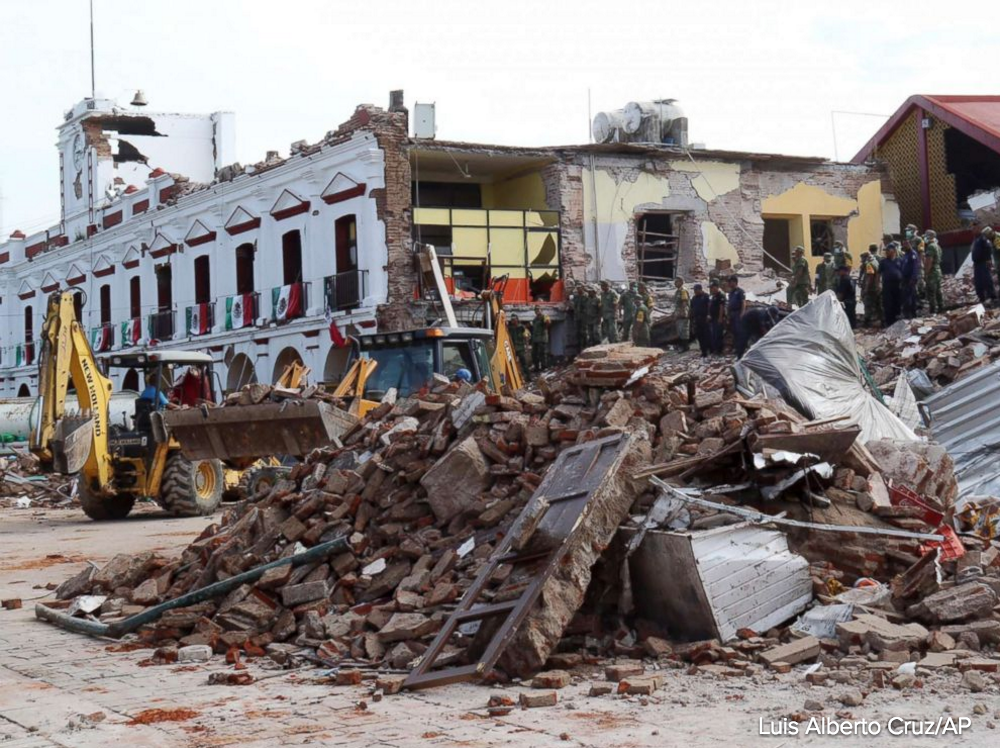 A rather large number of the artworks on display come from the private collection of Jochen Zeitz, former Puma chief executive, and curator of the museum.  Arts critics say the collection fails to tell the multivocal African story, and does not include some prominent African artists.

A reviewer in South Africa’s Sunday Times newspaper claims that, “the absence of works by Cameroonians Samuel Fosso, Pascale Martine Tayou and Barthélémy Toguo, as well as South Africans Robin Rhode, Tracey Rose and Berni Searle – all esteemed, pace-setting artists – hints at crucial blind spots.” However, Zeitz-Mocaa executive director, Mark Coetzee, says the museum is intended to provide a “platform for Africans to tell their own story and participate in the telling of that story.”

Besides the permanent collection, there are centres for photography, performing arts and the moving image, a dedicated arts education centre (a full schools programme is promised in 2018), a costume institute and a curatorial training programme. Entrance to the museum will be free for African passport holders at certain times of the week. Some arts on display include: a sculpture by South African artist Nicholas Hlobo, which dominates the main hall; “Dissolving Continents,” a piece made of interlocking pieces of aluminium and copper, by El Anatsui who recently won the prestigious Praemium Imperiale International Arts Award; “The Hanging Piece” (1993) by Kendell Geers, which alludes to acts of violence carried out during apartheid in South Africa the works of South African artist Athi-Patra Ruga .

More than a 1,000 people were killed when Mount Agung, located on the popular tourist island of Bali, last erupted in 1963. Now Indonesian officials fear that an eruption could be imminent. The highest level alert for a volcano was issued, and as many as 10,000 people have been evacuated from their homes.

Mount Agung is one of about 130 active volcanoes in Indonesia, and is 3,000m above sea level. Reports of tremors and magma rising to the surface has caused officials to warn residents to stay at least 5.6miles away from the mountain.

When the volcano last erupted, there were lava flows, large amount of debris, and a fast-flowing hot cloud of ash, gas, and volcanic matter. The potential eruption could be similar to its eruption in 1963.

Indonesia’s volcano observatory recently reported that the chances of an eruption are increasing, but that eruptions couldn’t be predicted with absolute accuracy.

Same-sex marriage has become a hot topic in Australia as of late, with Prime Minister Malcolm Turnbull issuing a referendum about whether or not Australia should officially grant its gay and lesbian citizens the right to legally marry. Australia has a compulsory voting system and usually does not make the results of referendums binding, meaning the results of referendums generally do not result in the official passing of a law. However, the “Australian Marriage Law Postal Survey” is structured a bit differently. A ballot was sent out to all of Australia’s 16 million registered voters, and each voter will have until early November to cast their ballot. The referendum is not compulsory but the results will determine if same-sex marriage is legalized in Australia. Turnbull, who initiated the referendum, supports same-sex marriage, but within Turnbull’s Liberal Party, which often leans conservative, there is a notable degree of opposition to the legalization of same-sex marriage.

Though a majority of opinion polls show that Australians consistently vote for the legalization of same-sex marriage, a recent poll conducted by The Australian is showing that support for same-sex marriage has dropped from 63 to 57% since the referendum was announced, and opposition to same-sex marriage has risen from 30 to 34% in the same period of time. According to data compiled by the Australian Human Rights commission, 11 in 100 Australians are of diverse sexual orientation, sex or gender identity. The results of the referendum, which will be released on November 15th, are therefore sure to have a significant impact on the LGBT+ community in Australia as well as the global movement for LGBT+ acceptance.

The results from the 2017 Bundestag elections are in: Angela Merkel has officially been elected for a fourth term as Chancellor of Germany. However, the results aren’t as good as they appear for Merkel. Her Christian Democrat Party (CDU), in tandem with its Bavarian sister party the Christian Social Union (CSU), won a majority in Parliament, but by notably slim margins. The CDU and CSU coalition won 32.8% of the vote, followed by the left-leaning Social Democratic Party at 20.5%, with the far-right Alternatives for Germany (AFD) party taking 12.6% of the vote. The Alternatives for Germany party, which is ostensibly anti-Islam, anti-immigrant, and pro-nationalist, will receive seats in the German Parliament, allowing it to advance its far-right agenda.

The rise of the AFD will likely shift Germany’s political decisions to the right. The AFD, which has called for the banning of minarets and has declared Islam incompatible with German identity, will have more power than it has ever had before in Germany. BBC correspondent Jenny Hill has called the results of the election “disastrous” for Merkel, positing that Merkel is being punished for her decision to allow migrants from war-torn regions into Germany. There is sure to be rigorous debate in Germany in the months to come regarding migrants and refugees in Germany, but the first priority for Merkel is to identify other parties to partner with in order to secure a majority.

A devastating earthquake hit central Mexico at 1:14pm on September 19th, killing at least 318 people and damaging thousands of buildings. Mexico City was hit especially hard, and around half of the deaths occurred in the heavily populated Mexican capital. Mexico was celebrating the anniversary of a horrific earthquake that struck on September 19th, 1985, which killed over 6,500 and is said to be the worst earthquake to hit Mexico in recent history. The earthquake that hit last week is the second this month. On September 7th, another earthquake struck southern Mexico, killing at least 90 people. It was one of the strongest earthquakes ever recorded in the country with an 8.1 magnitude. The earthquake on September 19th was a 7.1 magnitude, but its proximity to the heavily populated capital Mexico City resulted in a larger number of human casualties.

The earthquake hit Mexico at somewhat of a low point. With corruption, violence, and a sluggish economy, as well as the added diplomatic stress of Donald Trump’s constant degradation of Mexico and Mexican people, not to mention President Enrique Pena Nieto’s unpopularity, the earthquake was the icing on the cake of a tough year for Mexicans. However, Mexico has come a long way since the 1985 earthquake. Through investments in earthquake-resistant buildings and better planning for natural disasters, the impacts of earthquakes in contemporary Mexico are significantly lower than at other moments in Mexico’s history. Still, recovery is sure to be slow. Hundreds of homes have been destroyed, thousands of Mexicans have been displaced, and only 1% of schools in Mexico City have been reopened since the earthquake.

Here in Philadelphia a group of University of Pennsylvania students have started a campaign to raise money for the victims of the earthquake. The campaign, called This One’s For Mexico, has raised $40,000 thus far, and all of the proceeds from the campaign will be donated to the Mexican Red Cross. To donate, go to:  www.gofundme.com/thisonesformexico.

It’s been a wild week in the United States, with Donald Trump taking center stage. On Sunday, September 25th, President Trump signed an order that indefinitely bans almost all travel from the following seven countries: Iran, Libya, Syria, North Korea, Yemen, Somalia, and Chad. Families of Venezuelan government officials will also be unable to travel to the U.S., which is clearly an indication of Trump’s harsh criticism of Venezuelan President Nicolas Maduro. Effective next month, the ban is meant to replace a previous ban, which is set to expire in the next week. Officials have described the order as much more targeted than the previous travel ban, which resulted in widespread protests and sharp bipartisan condemnation. Still, in most cases, citizens of the seven identified countries will be unable to emigrate or apply to work or study in the U.S. Current visa-holders will not have their visas revoked, and legal permanent residents will still be able to travel. Students with visas will also be able to stay, but only until their visas expire. Once their visas expire, they will be subject to the travel ban. The travel ban was immediately met with sharp criticism in the U.S., and immigration advocates see it as a huge setback. “Six of President Trump’s targeted countries are Muslim. The fact that Trump has added North Korea — with few visitors to the U.S. — and a few government officials from Venezuela doesn’t obfuscate the real fact that the administration’s order is still a Muslim ban,” said Anthony D. Romero, the executive director of the American Civil Liberties Union, in a New York Times article.

During the United Nations General Assembly meeting last week in New York, President Trump threatened to “totally destroy” North Korea if the U.S. or its allies were threatened. “Rocket Man is on a suicide mission for himself and for his regime,” said Trump during his address to the General Assembly. Trump also attacked the Iranian government, calling it “a corrupt dictatorship behind the false guise of a democracy.” Next up on Trump’s black list was Venezuela, which has been suffering from an economic crisis that many have blamed on the current president, Nicolas Maduro. Trump described Maduro’s government as a “corrupt regime” that has “destroyed a prosperous nation by ideology.” In speeches during the General Assembly, world leaders generally tend to give diplomatic and politically “safe” speeches. Trump’s aggressive speech, loaded threats, and deep criticisms surprised many in the audience and around the world.

Donald Trump has attacked NFL players who have chosen to kneel during the National Anthem, in an effort to protest racial inequality and Donald Trump’s tenuous relationship with the NFL. In the United States, it is tradition to stand when the National Anthem is sung, especially at sports games, and kneeling during the anthem has long been a way of protesting discontent with the government or elected officials. The kneeling players, though, were described by some as unpatriotic and disrespectful. However, peaceful protest is legal in the United States and many have come out in support of the kneeling players. Around 200 players joined the protest against Donald Trump this Saturday, which was in response to comments Trump made at a rally in Alabama. “Wouldn’t you love to see one of these NFL owners, when somebody disrespects our flag, to say, ‘Get that son of a bitch off the field right now, out, he’s fired,” said Trump at the rally. Colin Kaepernick, a player on the San Francisco 49ers, began kneeling during the anthem last fall to protest racial inequality. Since then, more and more players have joined. But, controversy over the protests rages on, and Trump’s decision to voice his opinion has magnified a debate over free speech and the president’s own white nationalist tendencies.