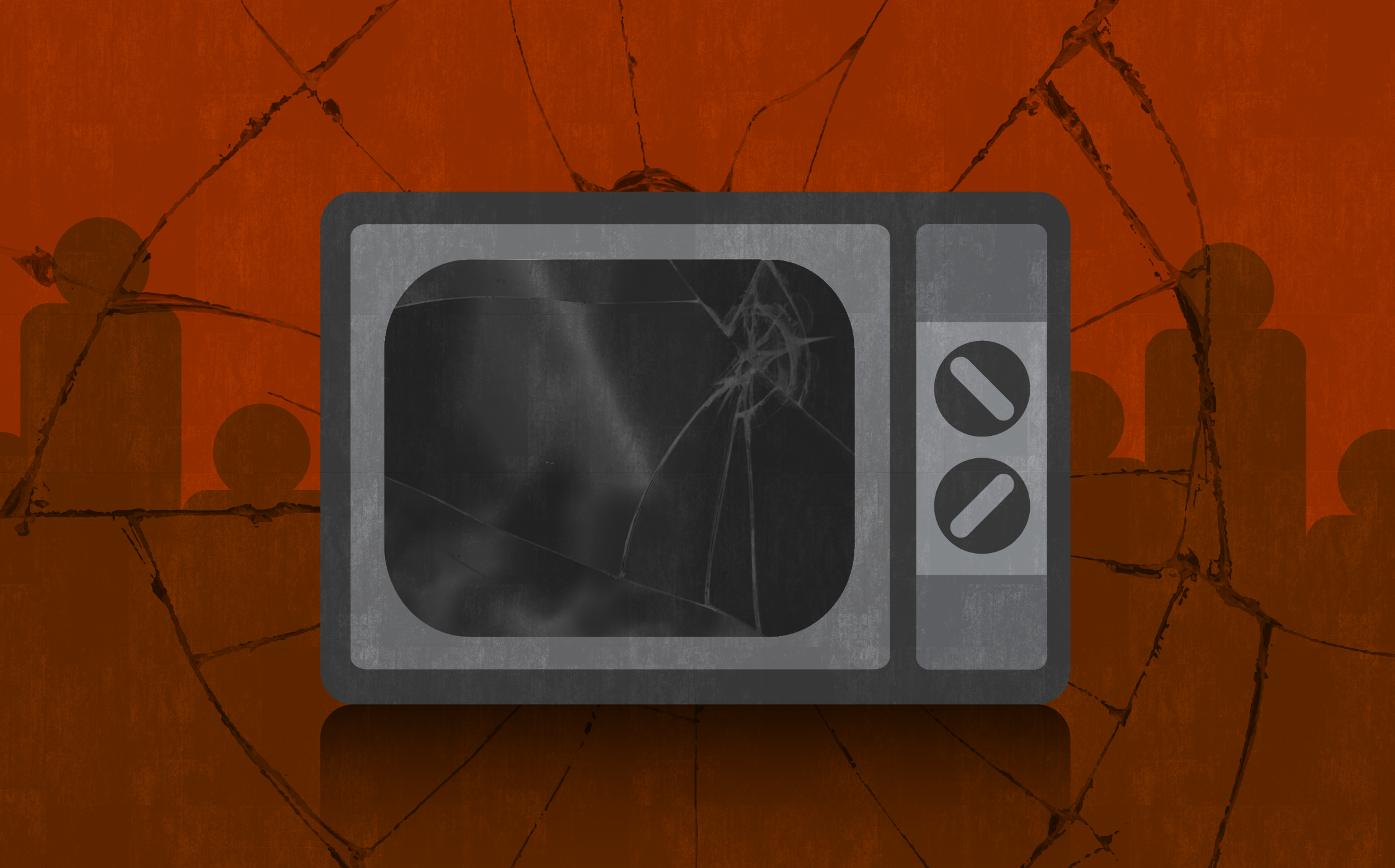 [dropcap size=small]I[/dropcap]t’s no news that media (whether it be film, television, books, or news) can do real damage to society by perpetuating negative stereotypes about certain groups of people by publishing or broadcasting untrue  or unrealistic depictions.

With enough repetition, negative media images become ingrained in audiences and create prejudice and misconceptions, even if only at a subconscious level.  It is therefore extremely important to examine media bias critically, not only to prevent our own brainwashing, but to put an end to unbalanced media portrayals altogether.

On April 20th, Temple University had the privilege of hosting Jack Shaheen of Southern Illinois University, a scholar who’s made it his mission to do just this.  Shaheen’s research and publications focus around a specific, and particularly relevant issue: the consistently negative images of Arabs in American television and cinema, or as he’s termed it, “Reel Bad Arabs.”

Shaheen has written three books on the subject, and his most recent book was made into a short documentary in 2006 called Reel Bad Arabs: How Hollywood Vilifies a People.  Thanks to Temple University Library Website’s Diamond Resources, I was able to stream this video for free before attending Shaheen’s lecture.

In the documentary, Shaheen describes his research, examining over 1,000 Hollywood films and documenting their depiction of Arab characters.  He concluded that Arab roles mainly consisted of stock-villains and comic relief.  Some of the most common and demeaning character tropes include the lecherous Arab, the terrorist, the greedy billionaire, the belly-dancer, the harem-girl, the snake-charmer, and so on.  Shaheen even points out that  Disney’s beloved film Aladdin manages to reinforce the stereotype of villainous Arabs,  specifically in the lyrics to the opening song.

An Arab-American himself, Shaheen explained the damaging impact of media stereotypes in his lecture through an old Arab proverb: “By repetition, even a Donkey learns.”  With over a hundred years of American TV and movie portraying Arabs as “the bad guys,” it’s no wonder why many Americans are easily convinced by the current influx of anti-Arab political propaganda.

Shaheen also addressed the issue of underrepresentation.  Underrepresentation can mean either a severe lack of both good and bad representations of certain types of people in media or a notable lack of “normal” or positive depictions of those people.  It isn’t just the terrorists and belly-dancers that generalize Arabs in the eyes of American audiences, it is the sheer lack of balanced, normalized pictures of average Arabs.  “You never see a family,” said Shaheen.

But Jack Shaheen doesn’t just sit around critiquing filmmakers and media producers.Instead, he takes action, and believes that you can too.  During his lecture, Shaheen told the audience  of the many letters he’s written and meetings he’s made to effect positive change.  In fact, it’s thanks to Shaheen’s work with the Arab-American Anti-Discrimination Committee that in 1993, after the film’s release, Disney officially changed the lyrics in Aladdin’s opening song.  Previously, the opening track included violent imagery, and was sung as follows:

Oh, I come from a land / From a faraway place / Where the caravan camels roam.

Where they cut off your ear / If they don’t like your face / It’s barbaric, but hey, it’s home.

The lyrics were then changed to:

Oh, I come from a land / From a faraway place / Where the caravan camels roam.

Where it’s flat and immense/ And the heat is intense / It’s barbaric, but hey, it’s home.

All home-video products after that time have included this update.  This was a significant and rare action by Disney, which just goes to show the huge and lasting impact that can be made by activists to break down stereotypes and misrepresentation in media.

Shaheen believes this monumental event is what prompted Disney to make sure it had proper Native-American consultation in the production of its later film, Pocahontas.  Shaheen himself has worked as a professional consultant for various films including Prince of Egypt, Syriana, and Three Kings.

It isn’t fair that perceptions of groups of underrepresented individuals  are influenced by fictional characters, fabricated plots, and cultural stereotypes.  If you’ve ever felt that your or others’ ethnic, religious, social, or gender group has been misrepresented or underrepresented in media, take action!  As Shaheen proclaimed in his lecture, “presence propagates power.” The best way to combat biased media is by creating diversity in the media industry, or at least by voicing your concerns and opinions as a media consumer.

Whether you are part of a minority group or not, we should all strive to make a change.  Write a letter, write an article, or write a movie yourself.  Educate yourself by taking sociology and media courses relating to identity and representation and don’t be afraid to ask questions and share your opinion!  Broaden your horizons, make new friends, and consume media thoughtfully.  Movies and other content will never be produced without certain perspectives and biases, but that doesn’t mean we should let those ideas become our own.