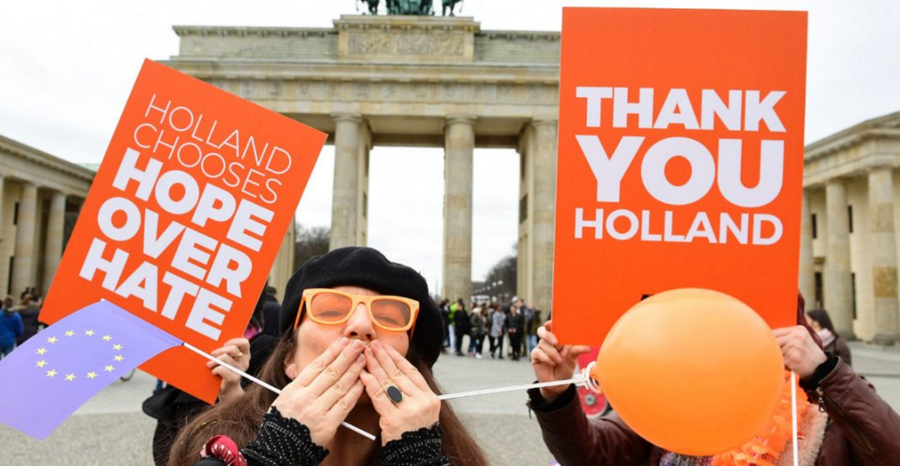 In South Sudan, 100,000 people are facing starvation, and a further million are classified as being on the brink of famine. Continued fighting in the country, which has been at war since 2013, is hampering aid.

At the beginning of March, there were reports of 110 people dying in a 48-hour period in a particular region in Somalia. A lack of water has killed livestock and crops, leaving 6.2 million people in dire need of food assistance.

The UN has described the unfolding disaster in North-East Nigeria as the “greatest crisis on the continent.” In December, it estimated that there  were 75,000 children at risk of starving to death, and another 7.1 million people in Nigeria and neighbouring Lake Chad area are considered “severely food insecure.” Boko Haram attacks, which has displaced more than two million, have hampered aid.

“Without collective and coordinated global efforts, people will simply starve to death. Many more will suffer and die from disease,” O’Brien said. The UN needs $4.4bn by July to avert this disaster.  (Jessica Matthews Ilogho)

[dropcap size=small]C[/dropcap]hina’s premier Li Keqiang used his annual press conference to stress the importance of good relations with the United States, ahead of the US Secretary of State trip to the area. Li discussed trade, the South China Sea, and North Korea.

“We hope that all parties can work together to reduce tensions,” as conflict on the Korean peninsula “would only bring harm to all parties involved,” Li said.

The US Secretary of State, Rex Tillerson, suggested that the US might launch a preemptive strike against North Korea. This is in response to North Korea’s launching of four ballistic missiles which defied UN resolutions.

The United States and China share “a common view that tensions on the peninsula are quite high right now, and that things have reached a rather dangerous level,” Tillerson said. He added that they are both committed “to do whatever we can to prevent any kind of conflict breaking out.” (Jessica Matthews Ilogho)

[dropcap size=small]O[/dropcap]n Friday, around 120 soldiers from the 5th Battalion, The Rifles, landed at the Amari airbase 25 miles south-west of Tallinn, Estonia’s capital.  The troops are a part of a major Nato mission to deter Russian aggression in the Baltic states.

Eight hundred British troops are due to be stationed in the country, making it one of the biggest deployments to Eastern Europe in decades.

They will work alongside French and Danish forces to “provide a proportionate, defensive, and combat capable force to defend our Nato ally and deter any form of hostile activity against the Alliance”, Margus Tsahkna, Estonia’s defence minister said.

Britain is taking a leading role in the Estonia Battlegroup, while other nations are deploying troops to Latvia, Lithuania and Poland as part of Nato’s Enhanced Forward Presence battalion. (Jessica Matthews Ilogho)

[dropcap size=small]O[/dropcap]n March 15th, the small yet venerable country of the Netherlands made an electoral decision that will have lasting impacts on the future of Western politics. The Dutch voted against populist and outspoken Islamophobe Geert Wilders, and instead elected a center-right candidate named Mark Rutte. Wilders, referred to by some as the “Dutch Donald Trump,” ran a campaign of fear, Islamophobia, and anti-establishmentarianism, much like the victorious campaign of Donald Trump and similar to the sentiment fueling the fires of the Brexit referendum. The rejection of Wilders signals a rejection of the populist, fear-based campaign tactics that are riddling Western democracy and The Economist described the Dutch election as “a feast for democracy.”

Though Wilders was defeated in the Netherlands, populist and nationalist campaigns in France, Poland, and other parts of the West continue to garner support. Marine Le Pen, France’s populist presidential candidate, who has unabashedly followed the immigrant-bashing rhetoric style of Donald Trump and Nigel Farage, will be the next test of the strength of Western democracy, as she runs against Republican Francois Fillon and the socially liberal En Marche! candidate Emmanuel Macron. France’s elections, to be held in April, will likely be the ultimate test of the resiliency of Western democracy and the willingness for the West to open its borders to Muslim refugees. (Alex Voisine)

Ironically, the AHCA retains many of the benefits that Obama’s plan proposed such as the ability for people younger than 26 to stay on their parents’ health care plan. However, the AHCA does make substantial changes, not least the revocation of the health care mandate, which issues a fine to individuals who do not buy insurance plans. The fine is intended to encourage young and healthy individuals to buy health insurance, which in theory, would lower the costs for all buyers of federal health insurance. The AHCA also seeks to cut subsidies, and instead give more power to the states with respect to the allocation of Medicaid payments.

The Congressional Budget Office has said the bill will increase the number of those without health insurance by 24 million, while reducing the deficit by $337 billion. While some see the reduction of the deficit as a positive provision, others see the number of uninsured individuals as a serious threat to health care stability, which would end up increasing the costs for insured individuals, who would have to absorb the cost of uninsured medical procedures and hospital visits. The bill will also target older and poorer individuals, many of whom will lose health care coverage under the AHCA. For college students who will be entering the workforce soon, the AHCA could have a serious impact on the cost of health insurance, despite the revocation of the insurance mandate.  (Alex Voisine)

[dropcap size=small]S[/dropcap]evere flooding in Peru this week has given way to dangerous mudslides and has affected half the country, killing at least 72 people and displacing thousands more, according to a BBC report. Food shortages, lack of water, and general chaos have led to 800 towns and villages declaring a state of emergency. Peru and other countries in the Pacific Rim have suffered an especially difficult rainy season because it’s an El Nino year, which means a “rise in sea temperatures that increases evaporation and brings about heavy rains,” said the BBC.

In Venezuela, due to an ever-worsening economic crisis and a hopelessly dysfunctional government, food shortages and sharply decreasing food security have caused the Venezuelan government to target bakeries who they claim are not producing loaves of bread and instead using the scarce quantities of flour available in Venezuela to bake pastries. The government claims that the bakeries are choosing to produce pastries to boost their profits. President Nicolas Maduro is mandating that bakeries use 90% of flour for ‘traditional bread’ baking, that bakeries provide a constant supply of bread from 7 am to 7 pm, and that they hold over bread from the previous day to ensure that a constant supply is available. According to Fevipan, a bread company in Venezuela, the bakeries are not given an adequate supply of flour to make bread, let alone pastries. The crackdown by Maduro on bakeries is seen by many as an unnecessary flexing of state power that doesn’t solve the underlying problem; an economic crisis that prevents the import of food and baking materials. Despite Maduro’s tirade against bakeries, which was supposed to make bread more accessible for citizens, many Venezuelans are frustrated with Maduro’s inefficient government and have called for his resignation. The months to come will prove integral to the future of Venezuela’s economy, and the decisions Maduro makes (or fails to make) may determine the fate of thousands of Venezuelans who are suffering from devastating food scarcities.  (Alex Voisine)