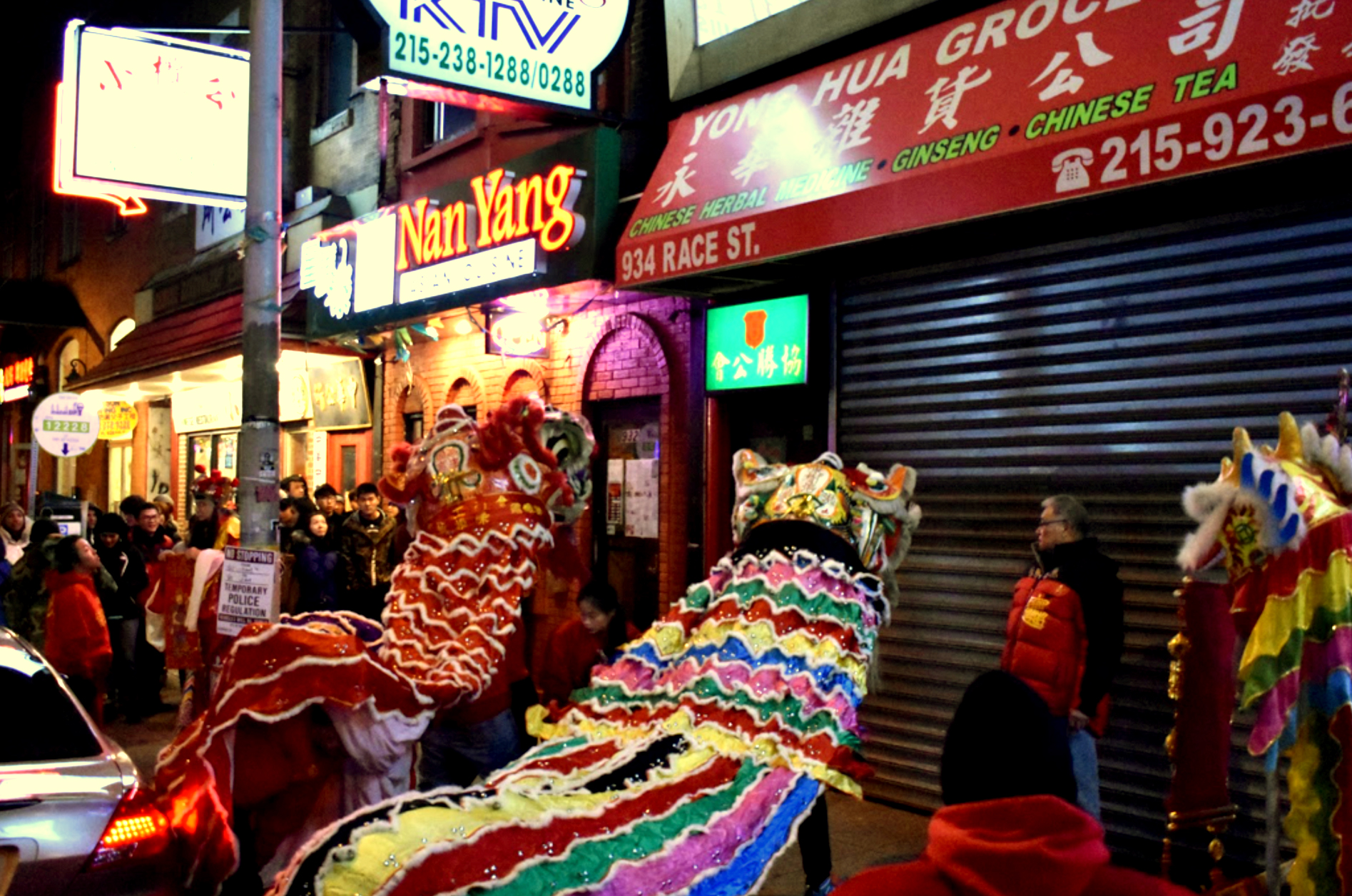 January 27 to 29, Philadelphia’s Chinatown celebrated a thousand-year old tradition, Chinese New Year. The exact origin of when the New Year festival began is uncertain, but some say that it originated as far back as 2300 B.C. under the rule of emperors Yao and Shun. Nonetheless, the day that the New Year is celebrated was made official by emperor Wu of the Han dynasty 206 B.C. to 200. It is celebrated on the first day of the first month under the Lunisolar calendar. The most known items associated with the celebration, fireworks and firecrackers, were first used in the Wei dynasty 200 to 265. Since then not much has changed. The festival has only gotten bigger as the years went on.

The streets in between the corners of Ninth St., 11th St., Race St., and Vine St. were blocked off and flooded with Philadelphia natives and tourists looking to get a glimpse of the Philadelphia Suns’ famous Lion Dances. The Philadelphia Suns is a nonprofit that organizes yearly parades to celebrate the area’s cultural heritage and keep Philadelphia’s Asian American community close to their roots. Justin Collier, a member of the Philadelphia Suns, has watched the parade since he was a small child and “dreamed to be [sic] a part of the Suns.” This is his second year participating in the parade, but he says “that I will be a part of this [tradition] for many more years to come.”

On the night of Friday the 27, the festivities began with Lion Dance demonstrations and ended with a parade down 10 street. Some people were drawn to follow the lions around, while other people had their own way of celebrating. Chinatown natives, Mason Cohen, Nico Cohen, Brycen Kan, Brandon Alpert, and their uncle, Gary Lee, lit firecrackers for crowds of people to see. When asked why they do this Mason Cohen said “Our father and uncle have been doing this with us since we were very young. We collect the firecrackers throughout the year and enjoy setting them off to put on a show for all to see.”

The celebration didn’t stop on Friday night; on Sunday the 29, the Philadelphia Suns returned with another Lion dance parade. This time the firecrackers were tied to a string and set off in front of stores to attract the lions.  Legend says that having the lions come to stores scares off bad spirits and brings good luck. Nelson Tam, owner of Terakwa Ramen, describes the event in his own words, saying, “My store has been [a stop] on the parade route every year for the last six years. The lions are the kings of all the animals, [and by] having them come to my store, [the lions] scare off bad spirits for the New Year.” The parades and weekend of celebration left behind plenty of firecracker remains and confetti for clean-up.

The event was filled with fun and attracted lots of people from all over the city. Jon Kerin, a Temple student, had never been to the parade before. He said, “the event was really an eye opening cultural experience. I particularly thought the firecrackers being placed in front of stores was a unique tradition. I’ve never been to anything as culturally different from what I’m used to before. I loved the whole time I was there. It felt like I was in a different country.” When asked if he would attend the event again, Jon said, “Of course! Next year I’m coming back and bringing more of my friends to join me this time. I had too much fun not to come back.” After all the fun and celebration, the people of Chinatown and anyone who took part in the festivities has really set their year off to a good start.

Previous Article
TOUCHDOWN, Temple Owls! How To Get Used to American University Sports Culture
Next Article
My First Day in America