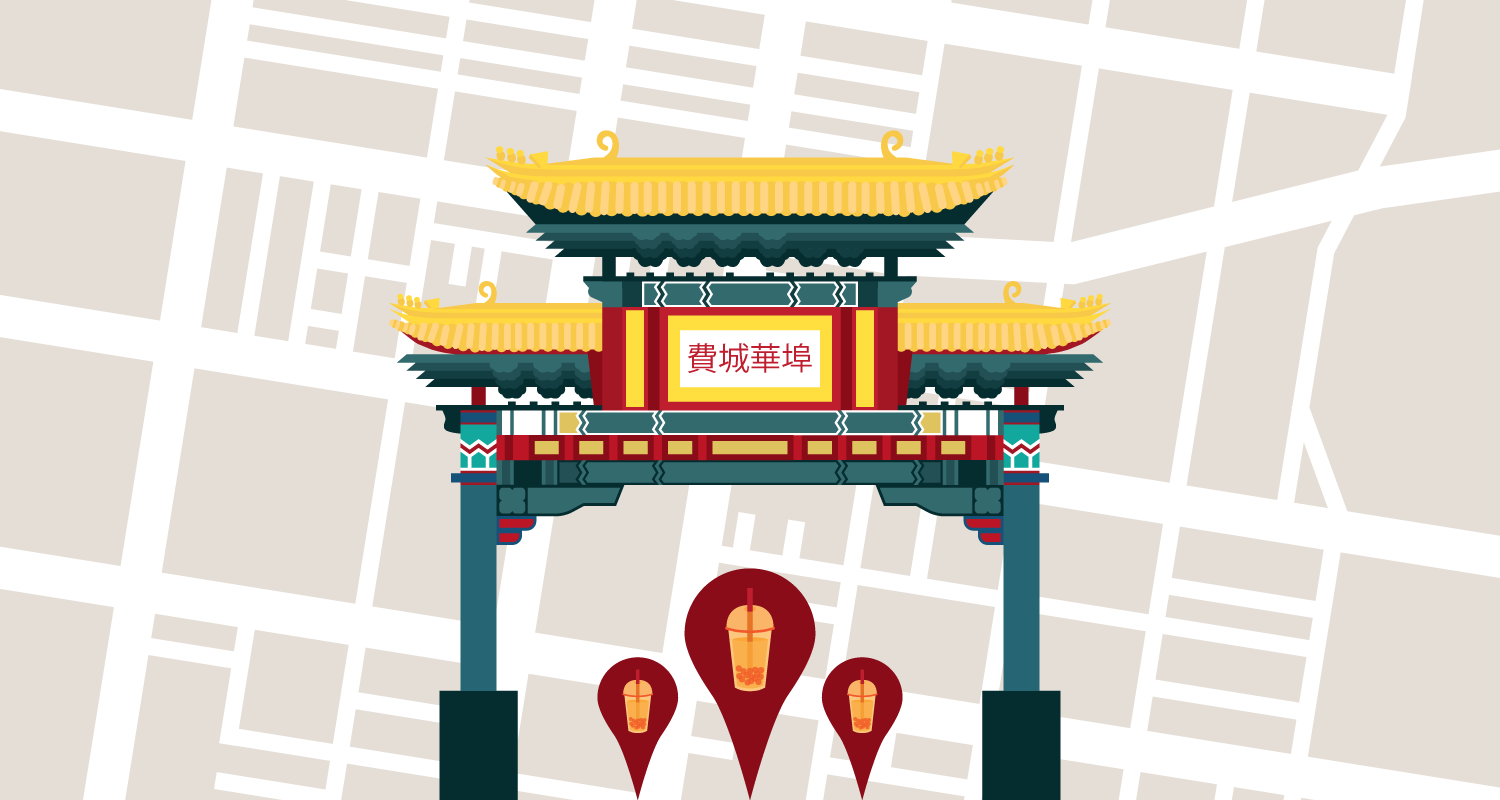 Chinatown’s most picturesque structure, the Friendship Gate, has stood as a landmark in Philadelphia for over 30 years. For tourists and locals alike, the colorful and identifiable entrance marks the portal into Asian culture.

Local shops that sell greenery, bakeries that have delicious egg tarts, restaurants that serve traditional Chinese cuisine and food markets that sell groceries to the whole community are the foundation of Chinatown, catering to those who live there and giving those who do not a glimpse of genuine Asian culture. Over the past 10 years though, there has been a burgeoning of businesses throughout the area that may be threatening the sanctity of Chinatown as an authentic cultural experience. Bubble tea, rolled ice cream, and other such businesses are replacing businesses that offer authentic food and cultural experiences. What does this mean for the future of Chinatown?

To some people, it’s seen as a nice way to change with the times and appeal to new customers. To others, it seems that Chinatown has begun to lose parts of itself to new storefronts that obscure the true essence of Asian culture. Although these places draw people from all parts of the city to Chinatown, I believe that visitors are experiencing a false sense of what Chinatown used to be.

One type of business that seems to have taken over the area is bubble tea stores. The first bubble tea vendor was Zen Tea House, previously located on 225 N 11th St. It served various bubble teas and small portions of food with a warm atmosphere. Since its closure, many of the same places have popped up, and popularity has only increased.

“I actually like the new places because even though they’re the same business, they’re still run differently and the quality is different,” said Yia- Lu Liu, a resident of Chinatown for seven years. Tea- Do, ViVi Bubble tea and Mr. Wish are just three of the many bubble tea shops that are currently open in Chinatown. A new restaurant, Canton 11, has a bubble tea place right beside the establishment so that customers can enjoy Chinese cuisine and not have to go very far for a sweet fix. But is the growth in bubble tea shops pushing out other, more authentic Chinatown businesses?

Unlike Yia- Lu Liu, Vanessa Xie, a resident of Chinatown for 27 years, sees bubble tea, rolled ice cream, and other trend shops as a threat to the more authentic cultural experiences available in Chinatown. “There used to be tons of bakeries, [and] there are some now, but younger people no longer go to the bakeries…they go to the dessert places and bubble tea places [which are] so very touristy,” said Xie.

Chinatown residents have had to quickly adapt to the changes, but in so doing, it has become easier for visitors to miss the essence of the Chinese and other Asian cultures that define Chinatown.

The influx of “newer and better” things for Chinatown can yield positive and negative results. Having more people come into Chinatown to experience the culture is important, but what if there is no more culture to see?

Besides new bubble tea and rolled ice cream places, nightclubs and bars are growing at a surprising rate. One new nightclub that has caused some distress has been NOTO: Not of the Ordinary.

“I think that it’s good in [the] sense that it helps businesses in terms of economic development for Chinatown but unfortunately the nightclub comes with nightclub issues such as drinking, garbage, and noise, so the residents that are close will definitely be affected by it,” said Betsy Lee, former special projects manager for the Philadelphia Chinatown Development Corporation (PCDC).

Striking that balance of helping Chinatown economically with more people, while also respecting those who live there can be difficult but PCDC is doing its best at listening to the issues. “There have been many meetings about it and discussions on how the owners are going to ‘take precautions’ to address the concerns that everybody has but you won’t really know until it all happens,” Lee said.

What’s great about Chinatown is that it’s developing and people want to build new businesses there. But allowing the community to be involved in the discussion regarding these changes should be a top priority. People should realize that although Chinatown is a hub for fun and interactive activities, there are people who inhabit it that want to enjoy the things visitors enjoy while also living comfortably. Students, tourists, or others just visiting the area need to realize that beyond the trendy thrill of bubble tea and rolled ice cream, there are still abundant amounts of authentic food that can be enjoyed.

In order for Chinatown to remain a cultural experience here in Philadelphia, we all need to make an effort to celebrate the authentic aspects of the cultures that it is comprised of.

Tags:
Previous Article
Christmas Village Is More Than Just A Place To Buy Gifts
Next Article
TOUCHDOWN, Temple Owls! How To Get Used to American University Sports Culture