Focus From the Editors Guides & Tips 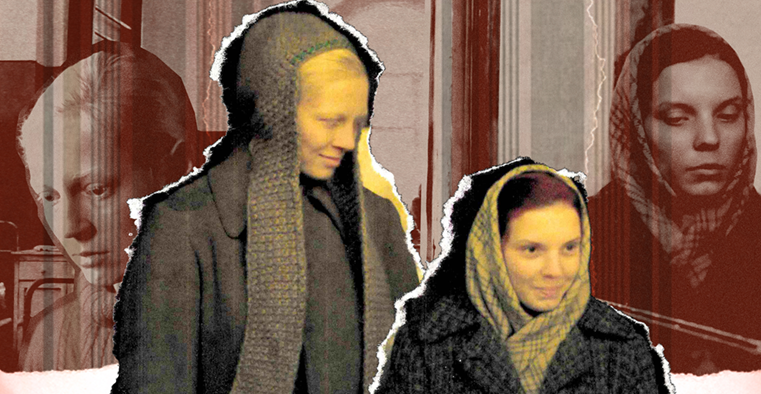 Offering a uniquely feminine account of post-war trauma, Beanpole candidly juxtaposes the dog-eat-dog nature of female friendship with the unforgiving violence of war.

A genre dominated by gory battle sequences, few war films endeavor to focus on the anguish which lingers when the dust settles after combat. While director Kantemir Balagov refrains from dwelling on the chaos of physical battle, he masterfully captures the too-often overlooked psychological carnage of war, exemplifying subtle brutality in everyday exchanges with his second feature film, Beanpole (Russia, 2019). Immediately following the conclusion of World War II, the movie depicts the struggles of two young women as they attempt to rebuild their war-torn lives amidst a devastated Leningrad. Offering an intimate account of post-war trauma, Balagov effectively conflates the competitive anxieties which pervade female friendship with the ubiquitous violence of war.

The film begins with a close-up shot of Iya (Viktoria Miroshnichenko), nicknamed “Beanpole” in allusion to her gangly stature, as she resides in a state of standing paralysis. Staring catatonically, she towers above the women bustling around her as they appear strangely unfazed by her unresponsiveness. A nurse tending to those injured in combat, Beanpole herself is an ex-soldier, and it is soon revealed that her bouts of immobility stem from a head injury sustained in battle which led to her discharge. When an untimely spell of paralysis lands her in the throes of unspeakable tragedy (no spoilers!), Beanpole is shocked to find that Masha (Vasilisa Perelygina), her comrade and close friend, has also returned from the front.

As Masha secures employment alongside Beanpole at the hospital, she beguiles the timid young woman into a web of manipulation. Cashing in on a “favor” which she believes is owed to her, Masha subjugates Beanpole into conceiving and carrying a child on her behalf.

This disconcerting proposition frames the remainder of the narrative as the women attempt to contrive a sense of normalcy, vesting hope in the unborn child as it functions to represent their own figurative rebirth.

As their forced codependency becomes increasingly detrimental to both women, each vies for domination over the other: frantically admitting to a cohort, “I need to be the master of her,” Beanpole reveals her desire to reign over Masha, yearning to establish control amidst chaos.

A testament to Balagov’s directorial expertise, Beanpole uniquely depicts destruction via internal character conflict, a technique more jarring than the blood-and-guts brutality permeating most other films of its kind. With the unsettling silence of the hospital and Beanpole’s despondent stare, he eerily illuminates violence in the mundane, insisting that the repercussions of war are just as horrifying as active siege. Accordingly, the film’s cinematography brilliantly supplements its plot: richly saturated interiors contrast the pale, sullen complexions of its characters, subtly suggesting that while physical battle may have concluded, psychological strife lingers.

Loosely based on Svetlana Alexievich’s The Unwomanly Face of War (1985), an oral history of the Russian women who braved the front lines during World War II, Balagov’s film provides a uniquely feminine perspective which seldom exists within this genre. Though Beanpole and Masha nurse injured male soldiers, the narrative notably subverts the archetype of the inherently gentle, domestic wartime woman, safely supporting men from the periphery of the battlefield: Beanpole offers no solace in womanhood, candidly depicting the indiscriminate nature of violence and, in doing so, providing a sobering glimpse at the aggressive essence of female friendship.

Offering an intriguingly female-centric account of post-war trauma, Beanpole candidly juxtaposes the dog-eat-dog nature of female friendship with the unbridled violence of war. Though undeniably heavy in subject matter, the film’s breathtaking mise en scène and unexpectedly relatable characters make for an unforgettable viewing experience. Fans of historical fiction, foreign film buffs, or simply anyone looking to try something new – check it out!

Previous Article
What It’s Like At Home: The Sunday Evening Flow
Next Article
COVID-19 Pandemic – The State of the World One Year In