Korea’s Last Minute Decision to Continue Military Alliance with the U.S. and Japan

On Friday, Korea decided last minute to continue the General Security of Military Information Agreement (GSOMIA) with the U.S. The pact is considered as the pillar of the military alliance between Korea, Japan, and the U.S.. Korea had said they would withdraw from the pact since August, and it was seen as a reaction to Japan’s export control. Korea and Japan have been under a trade war motivated by their different views on the wartime labor issue and compensation. Another factor was Trump’s demands for Korea to increase its share of the cost for the American military in Korea. Trump’s demand was $5 billion, while the current deal in which Seoul pays about $1 billion. 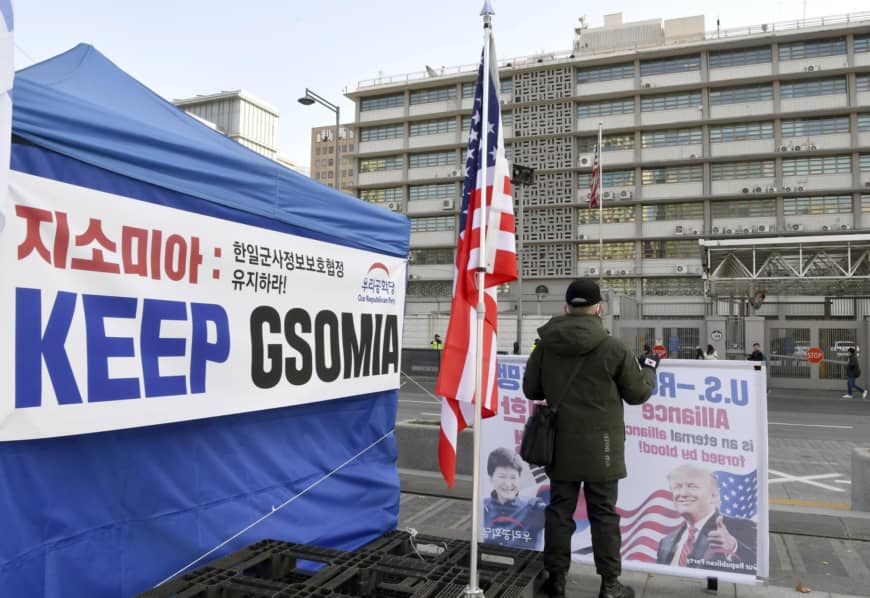 Korea is hosting the summitry with Southeast Asian countries in Busan this week, to celebrate the 30th anniversary of the ASEAN – ROK relationship. Under South Korean President Moon’s New Southern Policy, Korea has seen increasing devotion to building stronger ties with Southeast Asian countries, and Moon has visited all 10 ASEAN countries during his presidency. Moon also invited Kim Jung Un to attend the commit on Nov. 5, but North Korea rejected due to the strained relationship. North Korea accused South Korea of depending on the U.S. for inter-Korean relations. 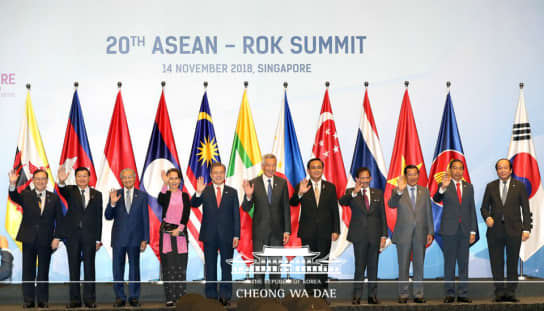 Government security forces killed and wounded dozens of demonstrators demanding the overthrow of the political system installed by the US after the 2003 invasion and still subject to foreign influence. Since protests began in October, 339 have allegedly been killed according to security and medical services. Iraqi officials dispute this and claim that 111 have died in total, including military police. Protesters in Baghdad argue that extreme poverty has prevented them from getting jobs, health care, or education. 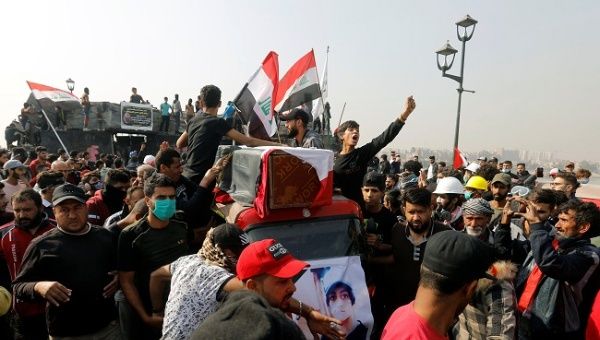 Around 10,000 women placed pairs of red heels around a court to symbolize vicious femicides in the country and beyond for International Day for the Elimination of Violence Against Women. The demonstrators claim that over 100 women have been killed over the past three years, although the government doesn’t keep official records, and they demand a national plan to resolve the problem. Slogans included “She leaves him, he kills her”, “A dress is not a ‘Yes’” and “My body, my choice, my consent,” and protestors also blared alarms and made other loud sounds to gain attention. 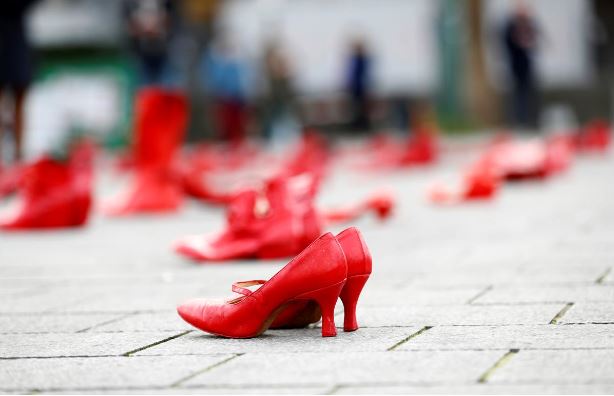 Leaked documents and two whistleblowers from the Organization for the Prohibition of Chemical Weapons (OPCW) allege that no hard evidence of an alleged 2018 chemical weapons attack in Douma were discovered on sight last year, but that this evidence was suppressed by the organization’s top brass. The OPCW says that it stands by its findings. Allegations that the Syrian government carried out the attacks were used by President Trump, French president Emmanuel Macron, and then-UK prime minister Theresa May to launch a military attack on the country last April. 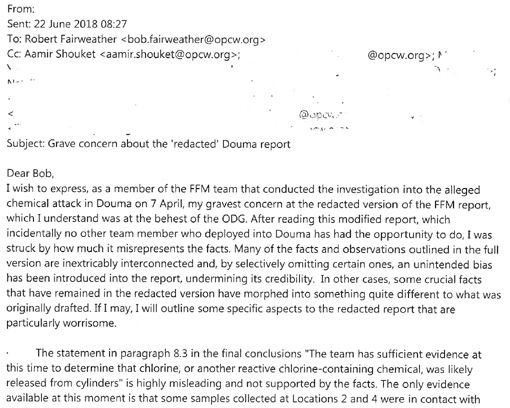 An app will calculate the carbon footprint of everything from individual tomatoes to plastic toys purchased by Finnish citizens as the holiday shopping season begins in an attempt to reduce the average emissions of citizens of this environmentally-conscious country. Many citizens wish to reduce their pollution, and they have a tall order ahead of them: the average Finn would need to cut their consumption from 10.4 tons of annual CO2 to 2 tons in order to meet UN climate targets. The app will also encourage ways for citizens to make better decisions such as taking shorter showers or eating only vegan items for a week. 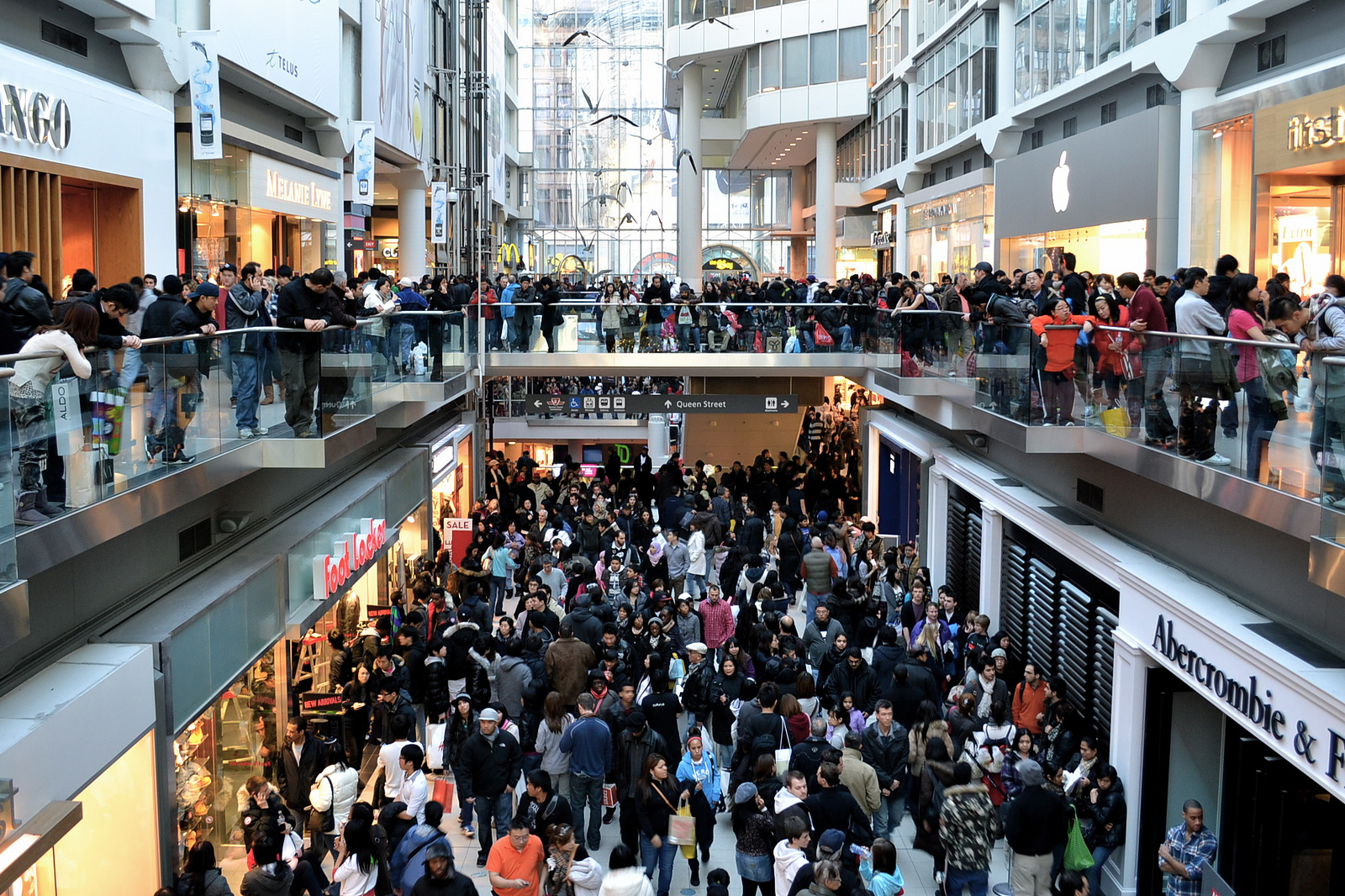 Previous Article
International Food Experiences
Next Article
In Between Stories: How Storytelling Reveals Our Culture