130 tons of irradiated soil dumped by the U.S. government within a concrete dome is at risk of being released as a result of rising sea levels due to climate change The U.S. tested 67 nuclear bombs and bacteria-laced bioweapons between 1946 and 1958 in the archipelago, destroying entire islands. The Marshallese people were not informed about the radiation and are now asking the U.S. to help with the dangerous situation, with radiation at levels rivalling Chernobyl and Fukushima. Despite officials in the 1970s saying that America would be responsible for any collapse of the dome, the Trump Administration has dodged the requests of the Marshall Islands’ public. 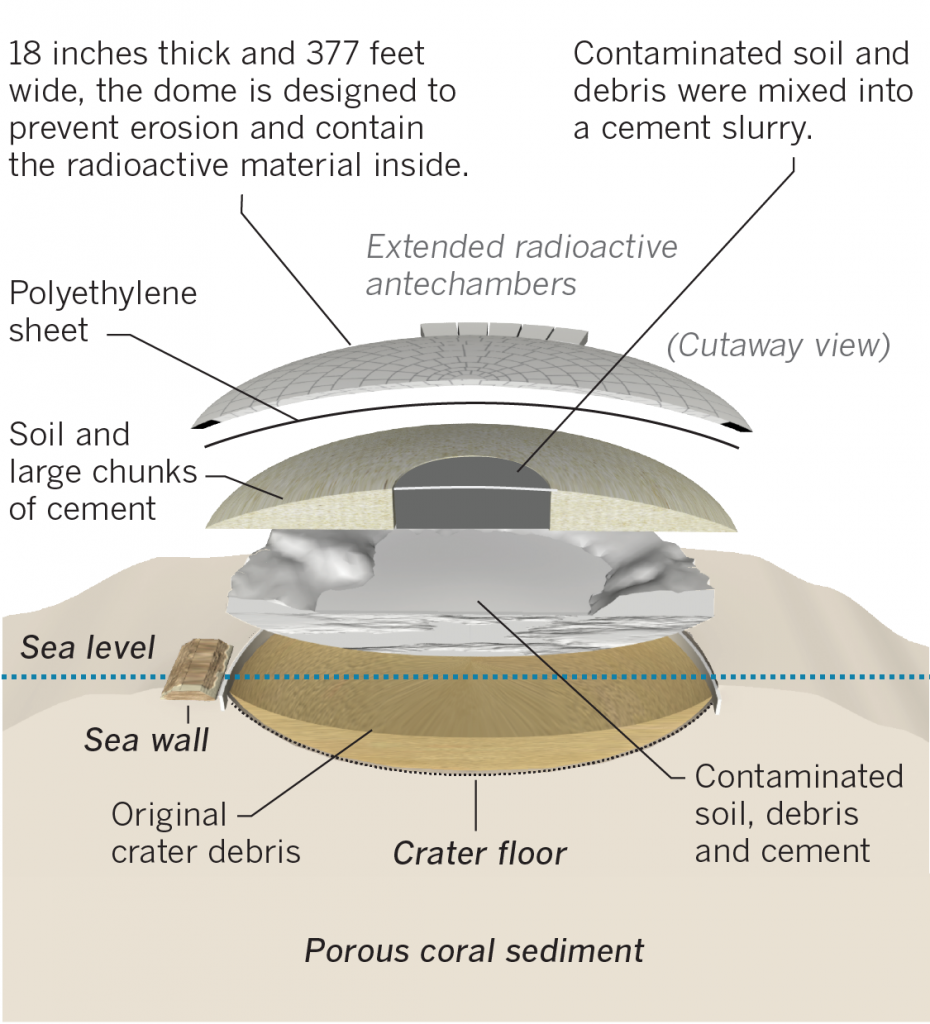 Multinational real estate groups are pitching suburbs and industrial parks have attracted hundreds of thousands of Israelis to internationally condemned illegal settlements on Palestinian land as Israel’s right wing continues to strengthen its grip on society. With settlement populations increasing by 3.5 percent annually, Prime Minister Benjamin Netanyahu and opposition leader Benny Gantz have both sought to pander to their interests as they compete to form a governing coalition over a month after the country’s most recent elections. The U.N. has voted multiple times against the settlements, which include segregated roads and soldiers surrounding all communities. 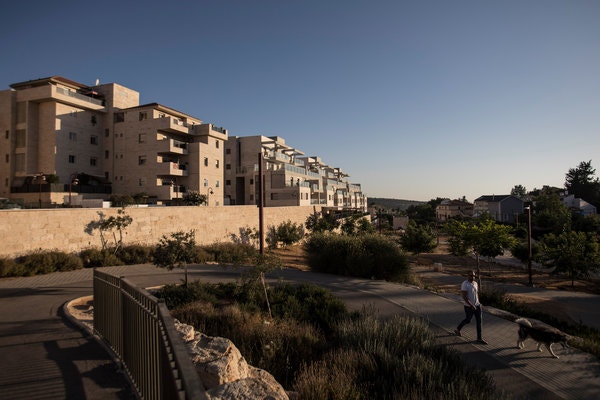 Brazilian ex-president Lula De Silva was released last week from prison after over a year behind bars based on corruption charges. Lula, who rejects his sentence as agenda-driven and biased, was perhaps the world’s most famous political prisoner before his release. Upon exiting incarceration, Lula slammed current president Jair Bolsonaro as an ultra-right extremist who has promoted terrorist death squads and what Lula’s Workers Party and other Brazilian leftist groups have called a violently unequal and ultra-liberal society. President from 2003 to 2010, Lula, a former metalworker, had been imprisoned previously in the 1980s under the military dictatorship which governed Brazil at the time. 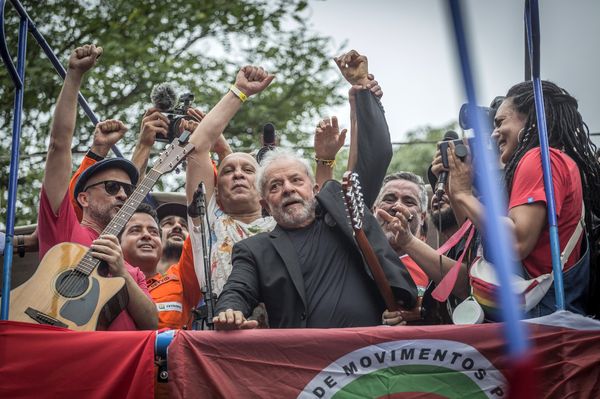 Military officers forced out newly re-elected leftist Bolivian President Evo Morales in a coup Sunday as ultra-right wing protestors burned and sacked his home, kidnapped a socialist mayor and threatened the president of the country’s parliament into resigning by threatening his family. The U.S. government and the Organization of American States, which appear to have backed the coup, accused Morales of electoral fraud, and he called for new elections in response. The presidents of Mexico, Argentina, Venezuela, Nicaragua and Cuba condemned the coup. The economy boomed under Morales’s term in office and he remains easily the most popular politician in the country. 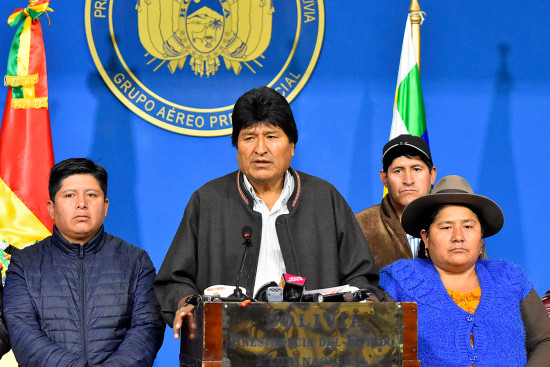 The BBC exposed the online trade of domestic workers in Kuwait that has taken place using Instagram hashtags, apps hosted by Google Play, Apple Store, and other services. On such platforms, domestic workers are sold as commodities, categorized by race and gender. Nine out of 10 Kuwaiti households have a domestic worker, and these workers come from countries in Africa, the Gulf and other poorer parts of the world. In a popular commodity app called 4Sale, the sellers describe the workers in racist language, advocate confiscating their passports and denying human rights. Sellers even engage in profit-taking, “buying a worker for $2,000 and selling them for $3,300.” One former maid recalled being treated like animals and getting “no sleep, no food, nothing” in Kuwait. 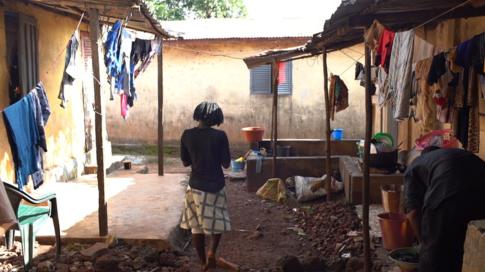 30 Years Since The Fall of the Berlin Wall

Saturday, Nov. 9 was the 30th anniversary of the fall of the Berlin Wall. In a commemorative event, German Chancellor Angela Merkel said that the fall of the Berlin Wall teaches us that “no wall is so high and so strong that we could not break it.” The Berlin Wall was built in 1961 with the aim, according to most U.S. and European journalists, of stop people moving from East Germany to its western counterpart, and its fall meant the end of the Cold War. However, growing isolationist nationalism in Europe, continuing division and inequalities between Germany’s East and West, and the rise of the far-right Alternative for Germany party made self-reflection of the event this year difficult. Merkel emphasized the importance of freedom and liberal democracy, and how “this is more important today…than ever before.” 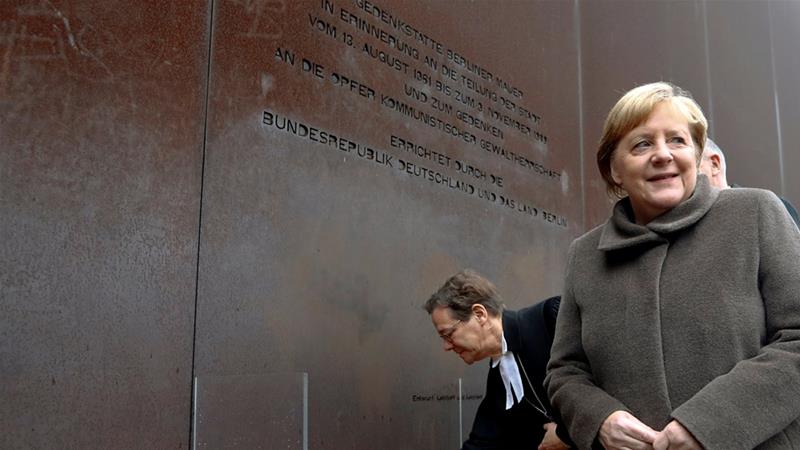