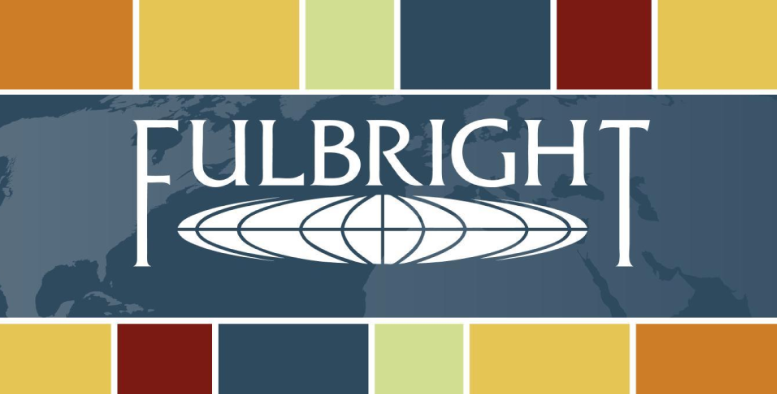 This weekend I talked to one of Freely’s co-founders, Alex Voisine, about what it was like to apply for and receive a prestigious Fulbright grant. Alex, who graduated from Temple in Global Studies and Spanish last year, is currently living in Mexico City, Mexico, and working on a Master’s degree in International Relations at the UNAM (Universidad Nacional Autónoma de México), as well as volunteering with Casa Refugiados, an organization that assists refugees and immigrants in Mexico.

The Fulbright is an excellent opportunity for students looking to live and work abroad after graduation. In addition to the benefits in terms of resumé building Barbara Gorka, Temple’s Fulbright advisor, notes that it can be the deciding factor for jobs in government, NGOs, and think tanks, recipients receive a stipend that covers flights to and from their chosen country, a monthly housing and living stipend, and other benefits depending on their specific Fulbright program. For example, the Master’s program includes full institutional tuition and a book-buying stipend, while the English Teaching Assistant program includes teaching training and placement in a participating institution.

In the last few years, Temple has made huge strides in its Fulbright program, making the list of Top Fulbright Producing Colleges two years in a row. In fact, Temple outperformed both the University of Pennsylvania and Harvard University in the percentage of institutional applicants who ended up receiving the grant, with a 38 percent success rate! Even for the students who do not receive the grant, it is a valuable experience: the portfolio students assemble with help from university staff forms the basis for a highly competitive graduate school application.

There are three categories of Fulbright that Temple students usually apply for: the Open Study/Research Award, the Graduate Degree Award, and the ETA (English Teaching Assistant) Award.

Students interested in learning more about the Fulbright program should mark their calendars for March 25-29, which is Fulbright Week at Temple. Registration is recommended; a full schedule of events can be found here.

Students should also consider participating in these Temple programs to make their applications more competitive:

Alex decided to apply to the Graduate Degree Award in Mexico; I asked him a few questions about why he applied for the Fulbright and what kind of work he’s doing with it.

So, what’s your program at UNAM?

I’m doing a Master’s in International Relations, and within the Master’s program I’m studying LGBTQ folks’ migration into Mexico, and how Mexico’s refugee and asylum system works— especially how it works for LGBTQ migrants, who are a very vulnerable group, many of whom have suffered extreme violence in their home countries… a lot of them are from Central America, which […] is a really difficult place to live, but if you’re LGBTQ, it’s even more challenging. In fact, some of the gangs in Central America, specifically Honduras, have launched a specific kill initiative against the LGBTQ+ community. So it’s really, really difficult for those people in Honduras. El Salvador is also notorious for being LGBTQ+ unfriendly. I’m studying how the asylum system approaches and does or does not address the needs of that community.

The second part of my research is looking at how migration systems in general can be instruments of soft power, and instruments of foreign policy. So how a country can use its migration system to make itself look better in the international sphere, both in organizations like the UN and then just in general with respect to international perceptions about that country.

What do you see yourself doing with the graduate degree once you get it?

Since a lot of my research and a lot of the classes I’ve been taking have been in human rights, I’d like to do some work in that field after graduating. And I think I’d like to stay in Mexico, or at least in Latin America, to apply everything I’ve learned through the Master’s program in a more professional setting. And then after that I’m thinking of either law school or a PhD—I’m not sure which yet—and I’ll probably take a couple of years to figure it out. But, yeah, directly after graduating I think I’ll be doing something in the field of human rights or human rights advocacy.

What surprised you the most about life in Mexico City, compared to in the US?

I had been told by a lot of people that Mexico city is a really chaotic place, lots of stuff going on all the time, and lots of people. But when I got here I was still surprised at just how enormous the city is. It’s just… huge. And not only is it big geographically, it’s a very flat city, it just takes up a huge amount of space. And there’s a ton of people everywhere, too. I usually take public transit wherever I go, and almost every time I’ve taken it it’s been packed. So I guess I was just surprised at seeing SO many people.

And I was pleasantly surprised by how nice Mexican people are. I’d been told that Mexicans are generally really friendly and just really welcoming, but when I got here I was surprised by just how nice all of my classmates were, and even just people on the street. That definitely helped me with my move. Like my classmates would invite me out to lunch, and help me with my homework, tell me when I’m saying weird things in Spanish [laughs].

And was there anything you were surprised to find was really similar between Mexico City and the US, that you didn’t expect?

I think it’s really interesting how, with my classmates, we tend to talk about the same things that I talked about with my classmates in the US, like related to migration or international relations. I was kind of worried that I would get here and wouldn’t be able to converse with people, because I don’t know Mexican culture that well, or I don’t know the history too well— or maybe we’re taught differently in the US and that wouldn’t equip me to have conversations with other people from other countries. But I found that the discourse was pretty similar, especially at my university— the same sorts of themes and vocabulary, the idea of intersectionality and diversity.

And I think the cosmopolitanism of Mexico City is similar to how it is in the US, as well. Philadelphia, New York, big US cities— I think they’re very similar to Mexico City in a lot of ways, where you have a really interesting mix of people of different social classes living in the same place. That actually reminded me a lot of Philadelphia, how you have a really, really diverse city, you have tons of different people from tons of different backgrounds living in the same space, and I noticed that here in Mexico City, too.

Have you ever felt like you faced a language barrier, in terms of settling into life in Mexico City or at the UNAM?

I think my first few weeks were a little bit challenging, because in my classes, and when I had studied abroad in Spain, I was only familiar with Spanish vocabulary, and I had very few professors who were Mexican. So when I got here, I started to notice that there were words that I’d never heard of, and I had no idea what some people were saying when they were talking to me. So I think getting used to Mexican slang—and there’s Mexican slang but then there’s also Mexico City slang, which is like… double slang. It was a bit challenging to get used to hearing and using those new words.

But the thing I’ve struggled with most—something that I still struggle with—is having the confidence to speak up in class. I think when I was in the US, and was comfortable in English, I never really had many issues with talking in class, but here I definitely doubt myself a lot. My Spanish has improved incredibly. There’s never really a point where I can’t express what I need to say. And generally when I’m with my friends or out in the world I can converse more or less fluently, but in an academic situation, when you’re expected to have really elevated thoughts, and you’re supposed to articulate yourself in an elegant way, I think that makes me a little bit nervous sometimes. And in the US, when I was with my friends and classmates, I always loved having really deep, philosophical conversations about tons of things. Here, sometimes, it’s hard to find the words to express really deep thoughts. So I think that’s a language barrier that I’m dealing with now. I’ve gotten past the slang, I can more or less say everything I need to say. When I write for class or have to do a presentation I usually don’t have any issues. I think now it’s getting close to the point where I can converse at a really elegant and elevated level in Spanish.

For academics, how have you found the differences in terms of the things you’re doing in class and the academic climate?

I think, honestly, the classes I’m taking here are very similar to the classes I was taking in the US, with the only difference being that I think my classes are a lot less diverse here, in the sense that almost all my classmates are Mexicans—or maybe from Latin America—whereas in the US I would be studying alongside people from all over the world and all over the country, from tons of different backgrounds. One of the things I really valued at Temple was that in classroom discussions, we always had a real diversity of viewpoints, internationally and socially, and here there’s not always that diversity. A lot of people are not only from Mexico but from Mexico City and have lived here their entire lives.

Oh, and my classes here are 4 hours long. I think the longest class I took at Temple was an hour twenty. So 4 hours—I think I start to lose attention after 3 hours, that’s when I start to go like, “Ugh, my brain is just—there’s so much Spanish going on in my brain and I need a break.” But yeah, class length is definitely different, that was something I’ve had to adjust to. But the good thing is that we only meet once a week, so I have a lot of time in my weekly schedule, which is theoretically meant to be spent on research. So a lot of the time I’m not in classes, I’m doing reading or writing for my research or what not.

Is there anything else you want to add, that you think would be useful?

I want to make a pitch for Freely! Freely prepared me really well for the type of things I’m doing here in Mexico. Temple, Global Studies, and Freely really got me prepared culturally for the shift. Honestly, it took me like a week or two to get fully adjusted, and I owe a lot of that to the education I got at Temple and the network I made through Freely, of people from different backgrounds.

To read more about Alex and other CLA Fulbright recipients from his year, check out this article.

Previous Article
The Paradox of Voluntourism and How to Escape it
Next Article
Roma: A Serious Contender For The Oscar With A Setback