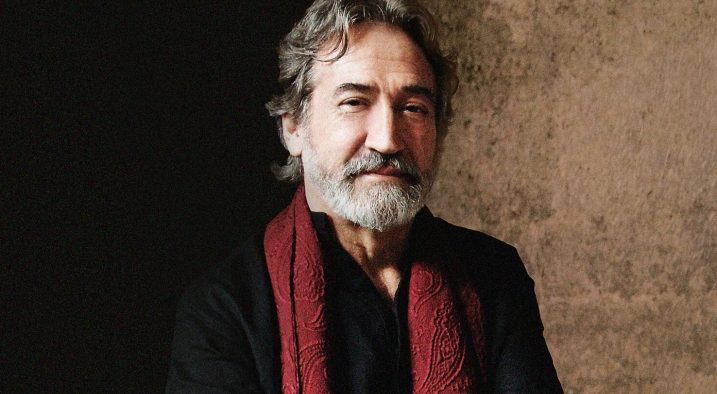 Growing up, my Mexican family constantly introduced me to sayings for every occasion. Today, as I find myself far from home studying in the United States, I often think back to simpler times , recalling my mom’s tender voice enunciating what has now become the most relevant of such adages. “Mijo, recordar es volver a vivir”, she used to say, which in English translates to “Son, to remember is to live again”.

After almost four years of studying abroad, this saying has become a reality to me. Whenever I hear traditional Mexican music, which is essentially a daily routine, my mind and soul travel back home and make me feel as if I were listening to those moving melodies, accompanied by the warmth of family.

These feelings of nostalgia usually peak during this time of the year. In September, Mexico celebrates its independence, and in late October and early November people celebrate Day of the Dead, both of which are festivities deeply rooted in traditional music. Although I find myself in the United States during these celebrations, I still attempt to observe them. I do my best to make food and decorate as close to tradition as possible but music is one  key element that has to be present and be truthful to its origins.

It was hard to find such a source of melodies that I can hear during this time of the year, but I eventually stumbled upon one. It is titled El Nuevo Mundo, meaning “the New World.” The album is by Jordi Savall, a Spanish conductor who specializes in the study of the evolution of string instruments during the Medieval, Renaissance, and Baroque periods. El Nuevo Mundo also engages the collaboration of La Capella Reial de Catalunya,  Hespèrion XXI—both music groups founded by Savall himself to raise awareness of older music styles—and Tembembe  Ensamble Continuo, a Mexican chamber music group with the goal of diffusing Mexican traditional songs to foreign countries.  While such a mixture of styles may at first seem unconventional, Savall actually wants to make a point; the album seeks to narrow the line that sets Mexican and Western traditional music apart and argue that folk melodies from Mexico are the outcome of the interaction between European, Amerindian, and to some extent Africans styles during the colonial time period.

The result is a genre unique to the New World, hence the album’s name. The music choice found in in this collection is a euphonic succession of Spanish Renaissance and Baroque music and traditional Mexican melodies. Savall here proves mastery in music by arranging  them to create a graceful juxtaposition that is evident yet still concealed. For instance, El Nuevo Mundo welcomes us to this journey with an original arrangement,“Folias Criollas”, which uses an Italian piece that resembles Latin American rhythms and adds Spanish lyrics following the rhythm, a common intervention employed by traditional music groups.The resulting song is a European piece that belongs to the New World.

Savall’s main aim in the album ultimately is exploring this genesis of Mexican traditional music, and he succeeds at that. Often, “sones jorochos” or “huapangos”—folk genres from Mexico— seamlessly follow European pieces. This is the case of Jacaras leading to Pajarillo and Cumbes leading to El Cielito Lindo. My favorite is the transition between La Jotta and Maria Chuchena; here the connection is smooth, the joy is constant, and the relationship between the Old and New World is well defined.

Yet Savall includes songs whose origins are other than purely European, which further proves his argument that Mexican traditional music is the result of the mixture of multiple cultures. For instance, El Nuevo Mundo includes a fandango, a type of song influenced by the Muslim  presence in the Iberian Peninsula in which the singer seeks to imitate an Imam calling to prayer. The album also contains the song “Xicochi Conetzintle,” a medley of pieces in Nahuatl, a native Mesoamerican language, that invites others to join Christian religious celebrations. “Eso Rigor e Repente” is a song with non-European roots that I find the most intriguing. Composed by a Portuguese musician living in Mexico in the 1600s, the melody is characterized by African rhythms and lyrics and points out that Mexican music has three foundations: the European, the Amerindian, and the African.

As someone who descends from this syncretism of cultures, I thank Savall for his effort to arrange this album and help the world understand where Mexican music comes from. In fact, I praise him for using such a heritage as a source for inspiration to compose new songs. In El Nuevo Mundo he adds “Canarios” and “Danza de Moctezuma”—musical improvisations that take from past styles and resemble folkloric music—drawing direct inspiration from Mexican heritage.

If you are interested in traditional Mexican music, Savall’s album is an excellent introduction. El Nuevo Mundo provides a great backdrop to learning about my home country’s origins. I myself have gained more knowledge and appreciation about Mexico from Savall’s work. In fact, I would encourage all people from Mexican heritage to spend some time becoming acquainted with the songs and arguments exposed in the album.

Just as remembering means living again, listening to folk songs and their origins will make us remember who we are in today’s time of unsuccessful internationalization of identity. I feel that recently, the media has convinced us that the only way ahead is globalized consumerism that pays no attention to regionalism. No two places are the same, and music is a reflection of such a distinction. My hope is to see music bring forth our uniquenesses and learn from them so that true globalization may come forth.

Previous Article
A Test of Time: Temple Japan Defines Global Education
Next Article
What You Need To Know About the Armistice Centenary