What Should I Watch in the Winter Break?

Winter break is coming soon. What are you going to watch this break? If you have nothing to do but watch shows or movies, here is your recommendation list of the shows or films on Netflix or HBO that you can share with your friends or family together this winter! 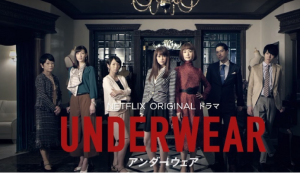 Atelier is a Japanese web television drama that was developed by Japanese Company Fuji Television and Netflix on December 1st, 2015. The story tells the tale of a fabric-obsessed girl named Mayuko who starts her job at a haute couture underwear shop called Emotion in Tokyo’s upscale Ginza district. Here, Mayuko learns a lot as a new employee from her boss, Ms. Mayumi Nanjo, Emotion’s founder and designer. The drama centers around how Mayuko grows up from the new girl to a mature, experienced employee, and how she struggles to find her position in Emotion. 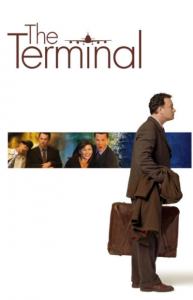 The Terminal is a film that directed by Stephen Spielberg, and stars Tom Hanks, Catherine Zeta-Jones, and Stanley Tucci. The film has been highly  acclaimed and received considerable commercial success when it was released in 2004, earning$77.9 million boxes domestically and over $215 million boxes throughout all of North America.

The story illustrates centers on an Eastern European man who is stuck in New York’s JFK International Airport terminal when he is denied entry into the United States and cannot return to his native country because of a military coup.  The story was inspired by Mehran Karimi Nasseri, as known as Sir Alfred Mehran, an Iranian refugee who lived in the departure lounge of Terminal One in Charles de Gaulle Airport from 1988 to 2006. 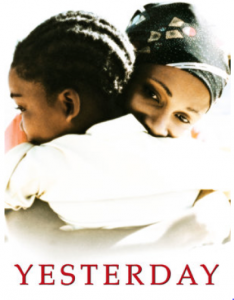 The film Yesterday tells the story of a young South African mother named  Yesterday, who discovers she has AIDS. Her life goal becomes to live long enough to see her daughter, Beauty, go to school after she rejected by her husband. This film was nominated for the Best Foreign Language Film at the 77th Academy Award in 2005. In addition, the film also won the Best Sound and Best Editing at the African Movie Academy Awards, the Inaugural Human Rights Film Award at the Venice Film Festival in 2004, and the Peabody Award in 2005. 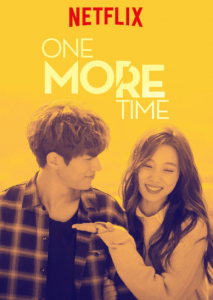 One More Time is a South Korean TV series starring L and Yoon So-hee. It was released exclusively on Netflix.

The story follows Yoo Tan, a leader, and vocalist of an indie band called One More Time that he started it with his childhood friends. As popularity and revenue are dwindling, a music label invites him to sign a contract and debut as a solo act. When Tan abandons his band and dumps his girlfriend to try to start a new life, he is stuck in the same day over and over again. During this process, he realizes his stupidity and tried to get rid of this mysterious predicament. 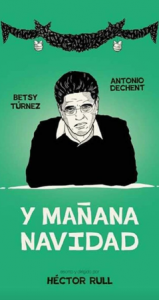 In this short 9 min film, Eduard Buch, Antonio Dechent, and Betsy Túrneztell a story about a family celebrating a Christmas they will never forget.

A Very Secret Service is a French comedy-drama series. The first season was distributed by Netflix worldwide in 2016, and the second season was released in 2018.

In the 1960s, the hero André Merlaux eagerly receives a cryptic summons to take a position as a trainee officer in the French Secret Service. Meanwhile, he is monitored by the operations director Moïse and senior colleagues Moulinier, Jacquard, and Calo. Merlaux and his colleagues are faced with independent challenges from the Algerian War. They begin to witness how the French society is changing in the context of the height of the Cold War. 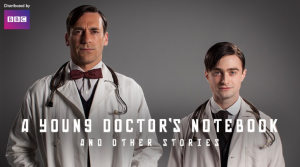 A Young Doctor’s Notebook is a British dark comedy TV series based on the short story: A Young Doctor’s Notebook by Mikhail Bulgakov, and stars Jon Hamm and Daniel Radcliffe. It was released on Netflix in 2012. Season 1 is told by a doctor’s memory about his days when he worked in a remote village hospital within the Russian Revolution. Season 2 follows the previous season, recalling how the doctor struggles with morphine addiction and his love story with a beautiful aristocrat.

Us and Them (film) 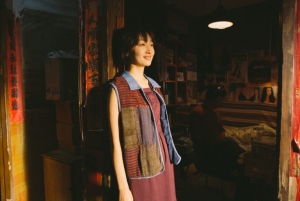 Us and Them is a Chinese film which was released in 2018. The film stars Zhou Dongyu, Jing Boran, and Tian Zhuangzhuang. The film tells the story of 2 strangers who meet on the train when they travel home during the Chunyun period. The film follows two timelines of their relationship and interweaves of the issues of love, their families, and life as they try to make a living in Beijing. Netflix bought the exclusive distribution rights to the film outside of China and released it in June 2018 on the service.