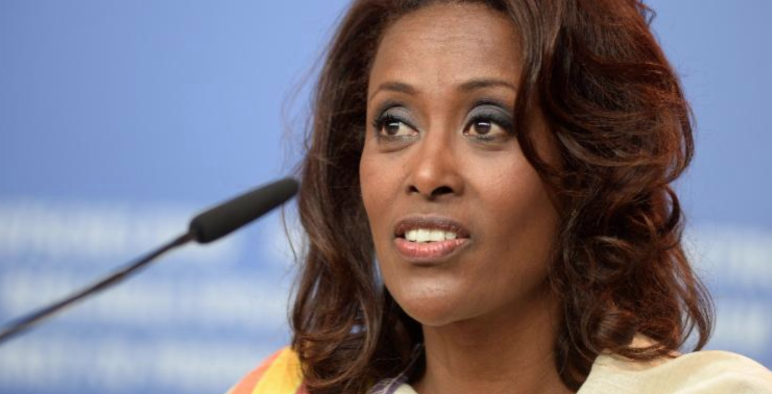 Last Thursday Ethiopia elected the country’s first female head of the federal supreme court. Meaza Ashenafi has worked as a human rights lawyer, served on the UN Economic Commission for Africa, and founded the Ethiopian Women’s Lawyers Association. Abiy Ahmed, the Prime Minister, has made it a point to put women in key leadership positions in the Ethiopian government since taking office in April. He appointed Ashenafi as president of the supreme court, Sahle-Work Zewde was elected as President, which is a ceremonial position, and half of his new parliament are women.

Last Wednesday a court in Pakistan overturned the divisive blasphemy death sentence of Asia Bibi, who was found guilty in 2010. Bibi had been accused of “insulting the Prophet Muhammad” during an argument with her neighbors, who told her to convert to Islam after sullying water that they had to drink. She was the first woman to be sentenced to death for blasphemy. A law passed in 1986 says that blasphemy against Prophet Muhammad is punishable by life imprisonment or death penalty. The judges hearing Bibi’s appeal, however, said that the case was based on flimsy evidence, and that Bibi had confessed under threat of violence. Public reactions are expected to be strong and possibly violent, due to strong public support for the blasphemy laws, with Bibi’s lawyer saying he was “afraid for him and his client’s safety.” BBC reports that Bibi and her family have plans to leave Pakistan.

Chinese President Xi Jinping told the South China Sea military command to prepare for a potential military conflict in the region amid continuing tensions with the United States and Taiwan. This comes after a series of statements by former US officials including retired Lt. Gen. Ben Hodges, who said that a war with China is “very likely” to occur within the next 15 years. China is concerned about the possibility of Taiwan declaring independence or acting more assertive, with Communist Party leadership continuing to assert sovereignty over the island and the South China Sea, with the latter claim disputed by the United States, which considers the sea part of international waters.

A controversial airport project unpopular with working class people and environmentalists was cancelled after a referendum backed by Mexican President-elect Andres Manuel Lopez Obrador. The airport, Mexico’s largest infrastructure project in years, came under fire due to cost and ecological concerns. Although citizens voted overwhelmingly against the project, turnout was low, and the decision by Lopez Obrador to support the cancellation was slammed by investors, who view the move as radical and an irresponsible start to the incoming leader’s administration.

93 percent of the world’s children breathe in toxic air “so polluted it puts their health and development at serious risk,” according to a new study by the World Health Organization. The WHO listed the risks unclean air posed to people globally, including the risk of premature births in pregnant women and an increased risk of childhood cancer. Sources of the pollution include household cooking, factories and power plants. According to the WHO, children are at greater risk than adults due to their height, which exposes them to low-lying, more concentrated pollutants, and because they breathe more quickly than adults.

Shia Muslims were shot by “Nigeria’s security forces in two days” while protesting peacefully “demanding the release of their leader Ibraheem Zazaky who has been in custody for 34 months.” The Nigerian army fired at six protestors and arrested 400 members. A spokesman for the Nigerian army defended their actions by telling BBC, “this is what [Mr] Trump was talking about.” The Nigerian army’s Twitter account posted the video of President Trump saying, “they want to throw rocks at our military, [then] our military fights back.” Amnesty International believes the number killed has reached 45 protestors. The US embassy in Nigeria urges the government “to take appropriate action to hold accountable.” The Shia Muslim population are a minority in Nigeria, however their numbers are increasing, with a history of conflict with national forces.

On Friday, November 2nd, a bus holding Coptic Christians were attacked by nineteen Islamist militants in Egypt. Seven of the Coptic Christians were killed near a monastery in Minya, with the Islamic State group stating that they carried out the attack. The shootout took place near the Monastery of St Samuel the Confessor in Minya, with funerals being held this past weekend. Egypt’s Interior Ministry claims to have “killed 19 people suspected of involvement” on Sunday.