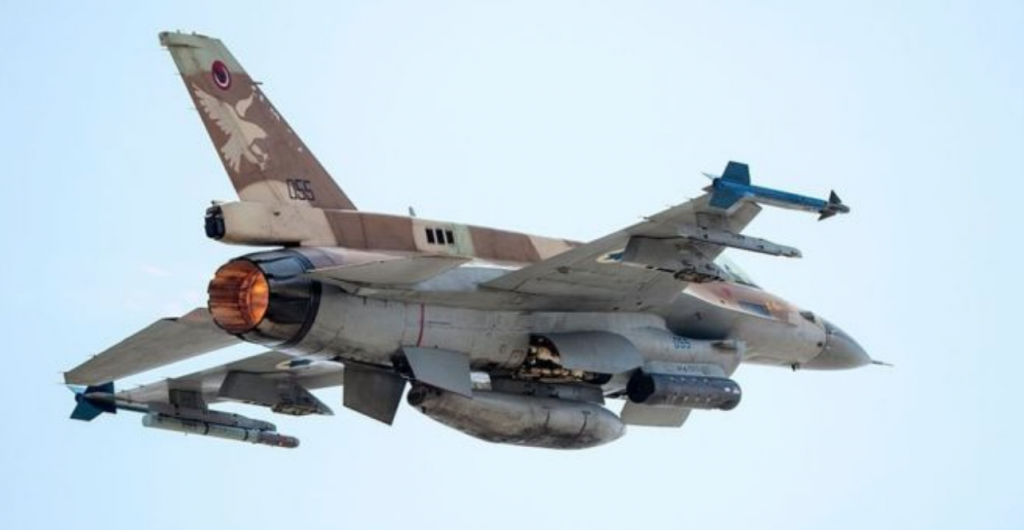 Israel has not commented on the strikes, but it has had a relatively silent (yet important) role in the Syrian conflict, engaging in some 100 secret strikes since 2011. In particular, Israel wishes to target troops of the Lebanese militant group Hezbollah, which has been fighting a war with Israel since 2006.

The Syrian military released a statement, in which it identifies Israel as being behind the strikes: “The general command of the armed forces holds Israel fully responsible for the dangerous consequences of its repeated, aggressive, and uncalculated adventures.” 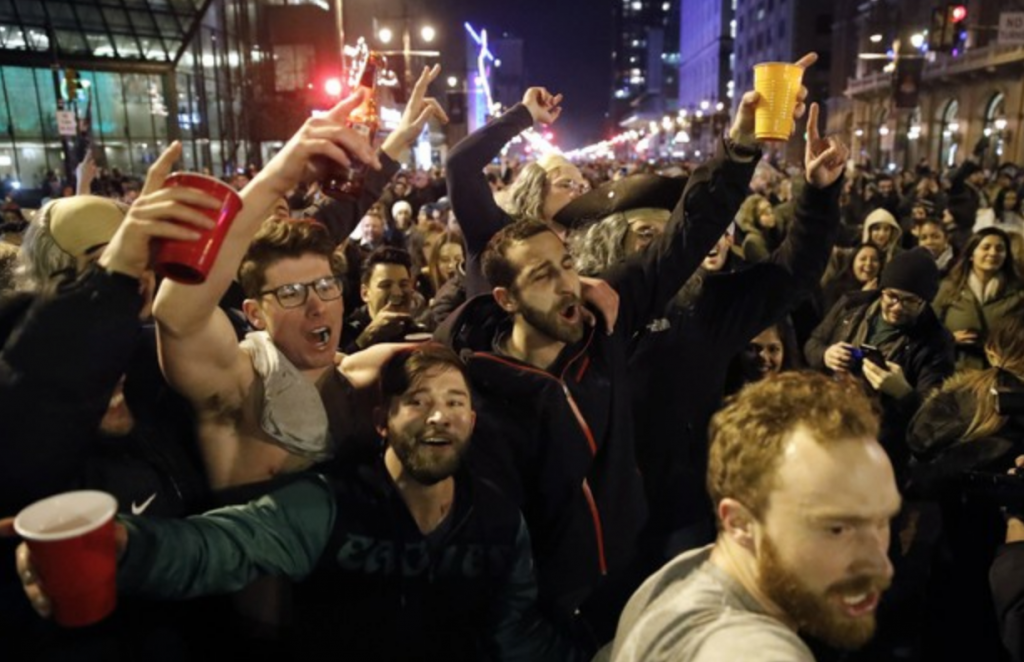 On Sunday, the Philadelphia Eagles defeated the New England Patriots in the 52nd Super Bowl, in what is widely believed to have been an upset victory. The New England Patriots, who won the Super Bowl last year and who have won a total of 5 Super Bowls, were expected to defeat the Eagles, who had never won a Super Bowl prior to this year. The gripping game ended in a stunning defeat and a night of celebration that landed Philadelphia at the center of national attention, as Eagles fans celebrated until the early hours of Monday morning.

Images of fans climbing traffic lights, trees, and scaffolding, burning mattresses, and flipping cars circulated around the Internet Monday. It was even reported that one extremely dedicated fan ate horse manure, in an apparent attempt to express his happiness for the Eagles’ win. 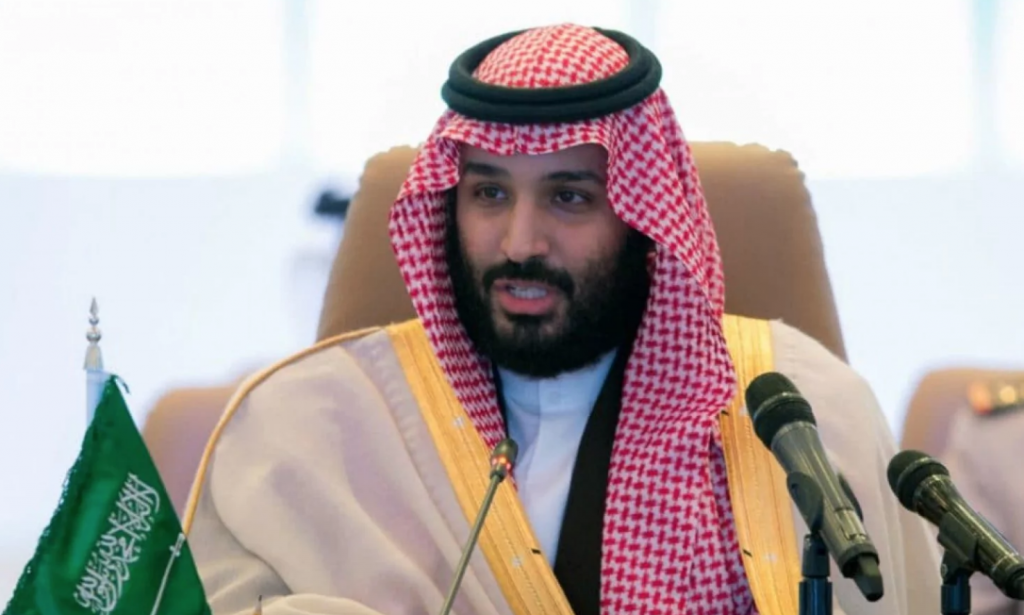 This week, the attorney general of Saudi Arabia announced that in a recent and dramatic anti-corruption campaign that has raised eyebrows around the world, Saudi Arabia has recovered over $100 billion. The success of the anti-corruption campaign lies in its strategy of detaining hundreds of Saudi Arabia’s wealthiest citizens in a luxury hotel in the capital, Riyadh. Most of the detainees have been released, and the campaign was touted as a success, despite the unconventional tactics that were employed.

Ali Shihabi, who works for the Arabia Foundation, a pro-Saudi think tank, says that the scale of the corruption has had negative effects on Saudi Arabia’s budget. The effects were so negative that the government decided to orchestrate the hotel detention scheme, citing concerns over how long investigations would have taken had they been carried out through the justice system.

The $100 billion that was recovered is significant for Saudi Arabia; it is estimated that Saudi Arabia currently has about $500 billion in cash and oil assets. The extra $100 billion is thus a notable injection of cash into the Saudi Arabian economy. However, those who have spoken out against the detentions have said that Saudi officials tortured detainees, and forced them to sign over large amounts of money, even if they hadn’t committed a crime. One of the main targets of the anti-corruption campaign is Prince Al-Waleed bin Talal, Saudi Arabia’s wealthiest man and a political rival of the Crown Prince Mohammed bin Salman. Critics have said that the case built against Al-Waleed lacks evidence, and that it is largely a plot to discredit him if he attempts to challenge bin Salman’s power. 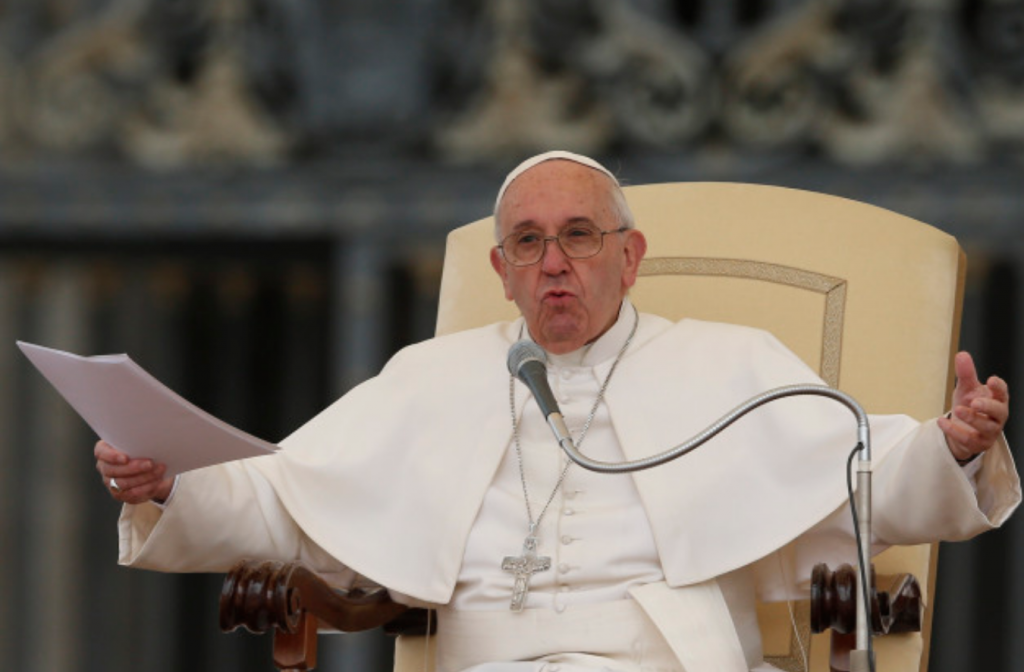 Juan Carlos Cruz, a sexual assault survivor, recently revealed that he had written the Pope about evidence that priest Juan Barros had aided and participated in abusing young boys. This comes after Barros’ bishop ordination, as well as Pope Francis’s comments saying that there was “no proof” against Barros. Cruz, however, sent a copy of a letter he sent to the the Pope to the BBC. The letter was dated March, 2015.

He writes about how Barros helped Fernando Karadima, another member of the church who was sentenced by the Vatican to “a lifetime of penance and prayer” after avoiding prosecution in Chile due to statute of limitations. He says that there “are dozens of us” who could testify that Barros was present while Karadima abused the boys, and that he would abuse boys as well.

Marie Collins, a member of the Commission for the Protection of Minors for the Catholic Church, said that she hand-delivered Cruz’s letter to Pope Francis’s top adviser, Cardinal Sean O’Malley. Cruz then confirms that Cardinal O’Malley had called him to tell him he had delivered his letter to the Pope. Cardinal O’Malley himself openly criticized Pope Francis for his comments on Barros last month, and in response the Pope is sending Archbishop Charles Scicluna, the Vatican’s top expert on sexual abuse, to investigate Bishop Barros. 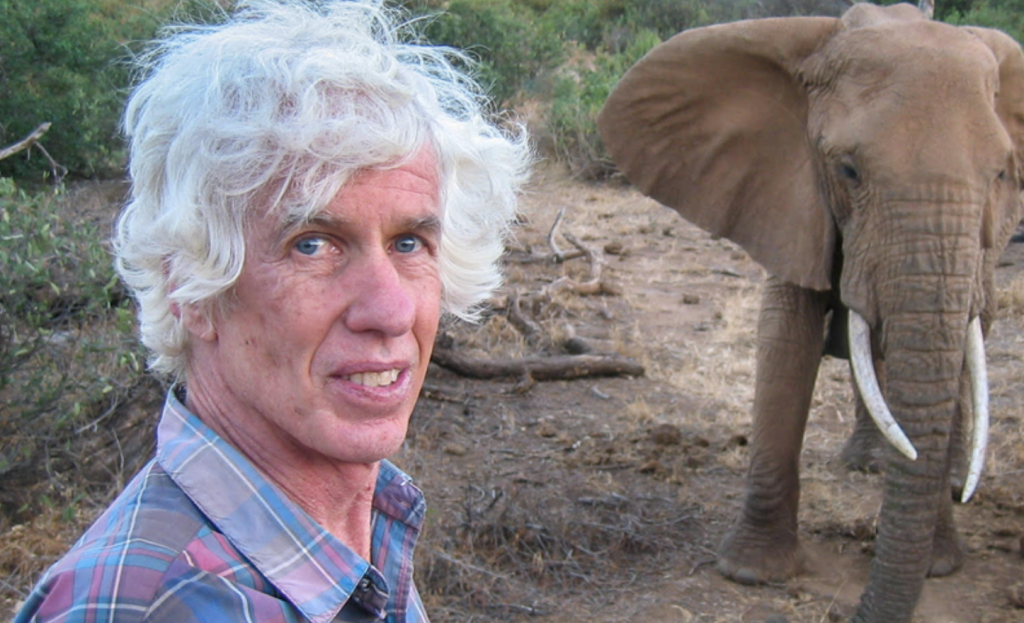 Esmond Bradley Martin, one of the world’s leading ivory investigators, was found dead in his home on Sunday. He was killed by stab wounds to the neck, and police suspect it was a botched robbery. He was 75 years old.

Martin had worked as a UN special envoy, often going undercover to investigate the illegal ivory trade of elephant and rhino horns. He would travel between China, Vietnam, and Laos, posing as a buyer to photograph and determine the details of the black market, often risking his own life to do so. Just last year, Martin and Lucy Vigne stayed at a Chinese casino with traffickers and gangsters to find out the price of illegal ivory. In this report, they named Laos as home to the world’s fastest growing ivory trade.

His work was instrumental in pressuring China to ban the rhino horn ivory trade in the 1990s, and domestic sales of ivory just this year. Activist groups such as Save the Rhinos and Save the Elephants have taken to social media to pay their respects. Dr. Paula Kahumbu tweeted, “Esmond was at the forefront of exposing the scale of ivory markets in USA, Congo, Nigeria, Angola, China, Hong Kong, Vietnam, Laos and recently Myanma. He always collaborated … and worked with many of us generously sharing his findings and views.” 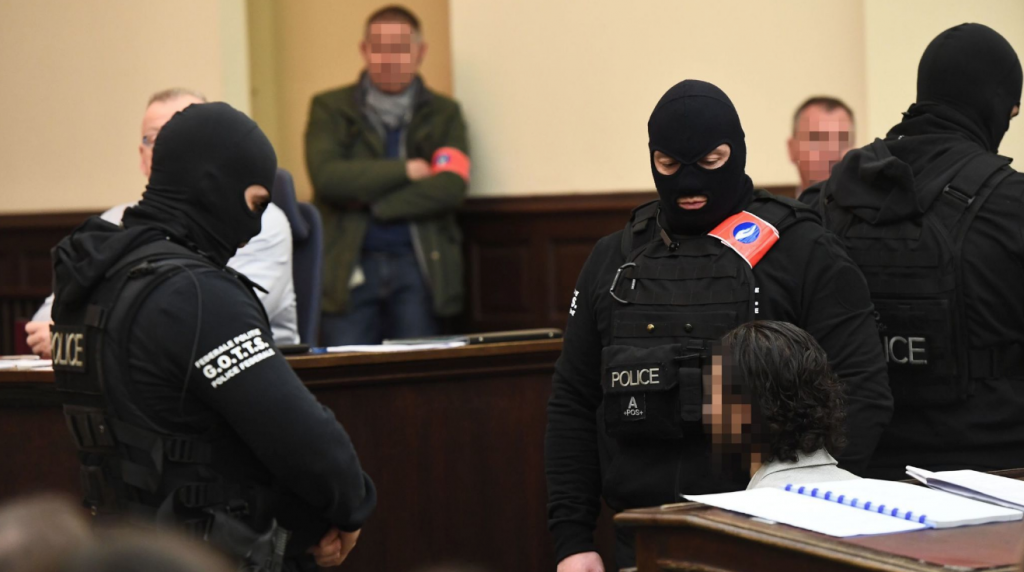 The trial of the one surviving suspect, Salah Abdeslam, from the 2015 Paris attacks began on Monday in a Belgian Court. Abdeslam is refusing to cooperate with the judge, saying he would not respond to questions: “My silence does not make me a criminal, it’s my defense.”

French prosecutors are charging Abdeslam for playing a key role in the Paris attacks, where gunmen and suicide bombers targeted a stadium, restaurants, bars, and a concert hall. 130 people were killed in the attack, with hundreds more hurt. He was on Europe’s most wanted list until he was captured in Brussels four months later. He is being prosecuted in Belgium for a shootout with police, then he will be moved to Paris for the terrorism charges in 2019.

Abdeslam has apparently stopped speaking to the judge, the prosecutors, and even his own lawyers. He claimed that Muslims were “judged and treated in the worst of ways,” and asks the prosecution to focus on “forensic and tangible evidence.” The European Convention on Human Rights says that his right to silence is protected, but can be taken into account by a judge or jury when assessing the prosecution’s evidence. This basically means that if someone refuses to speak in a situation which “clearly calls for an explanation from [the defendant],” they are allowed to judge that.

The prosecution is not worried that his silence will hurt their case, but a Belgian journalist acknowledges that it would “be horrible for the victim’s families” of the Paris attacks if he didn’t speak at that trial as well. 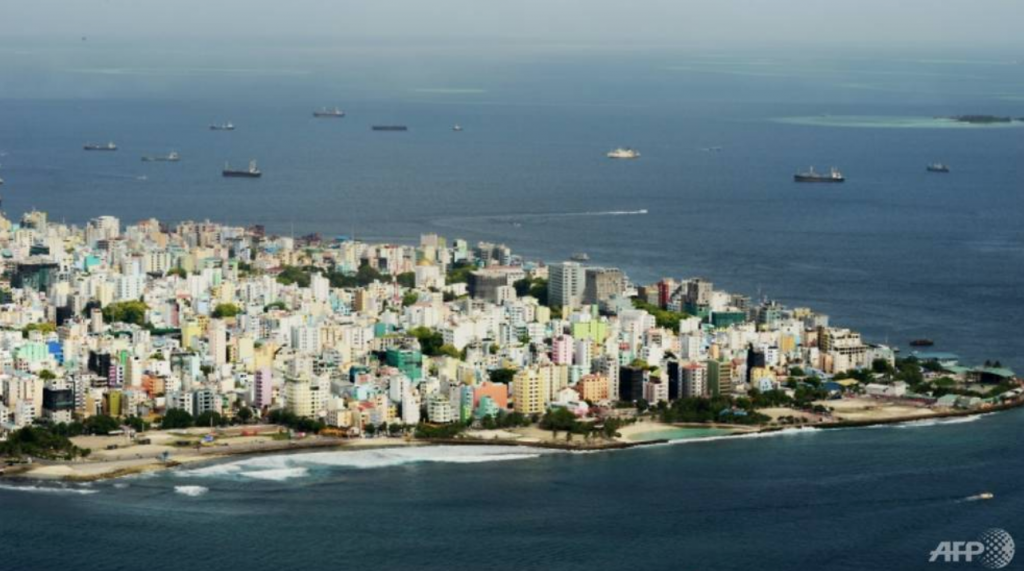 Last week, the Maldives’ Supreme Court ruled that imprisoned government officials being held for leaving the president’s party must be released. This would have allowed the opposition party to gain the majority within the legislative body. However, President Abdulla Yameen refused to uphold the ruling and declared a state of emergency. The state of emergency declaration gives the president expanded powers. Military forces, under his command, surrounded the Supreme Court and trapped the justices inside. Both Yameen’s half brother, a former president himself, and son-in-law were detained.

The court also rules that the 2015 trial of former president Mohamed Nasheen was unconstitutional. Nasheen was the island country’s first democratically elected president. He was charged with terrorism and faced 13 years in prison. However, the ruling was condemned worldwide and Nasheen has been living in Sri Lanka after receiving medical treatment in the UK.

These actions by President Yameen have been internationally denounced. The US and UK have raised concerns for the suspension of democratic institutions in the Maldives. The UN has called the actions an “all-out attack on democracy.” Two former presidents of Maldives have called on India to step in and release the prisoners, just as the country helped the island nation in the 80s to stop a coup attempt. Even China, who has been increasingly close with the Maldives, called for a solution to the unrest.