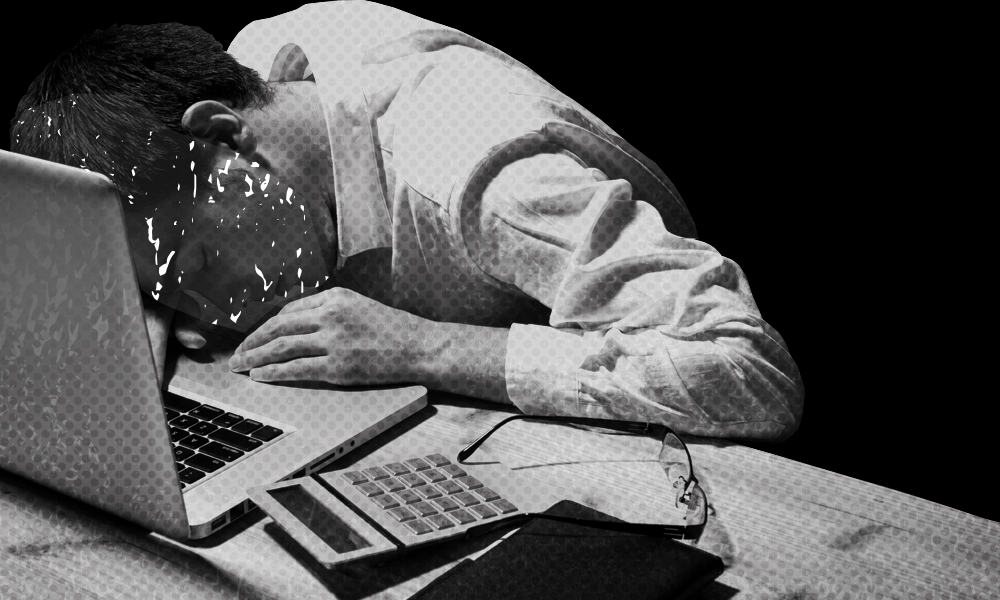 The signs are all there. A chronic rasp in the back of my throat. Dry, bloodshot eyes. An inescapable tendency to space out. An all-too-familiar feeling, fatigue has become a staple of my existence. I can recall in high school many nights when my mother would complain about me being awake at 1:00 AM doing homework. “Just a while longer,” I would argue. Now in college, I am free to turn out the lights on my own.

Is this healthy? Is this necessary? Why do I do this to myself? While I could blame any number of factors, the simple truth is this: I enjoy it. I enjoy the feeling of hard work, of exhaustion, of knowing the job is done and done well. Being a workaholic is a personal attitude.

For some though, this high-stress, academic culture is not a choice. It is an expected and implicit way of life. In the United States, we are blessed to live in a society that values relaxation and mental well-being as an important component. Taking time for family and personal life is encouraged, and it is even frowned upon to spend too much time at the office. As the saying goes, “It’s Friday somewhere.”

In Japan, the contrast is sharp. While labor laws set the standard work week at forty hours(the same as the U.S),  working overtime is habitual and often left unreported. According to a study of 1,743 Japanese companies, carried out by the Japanese health ministry, 12% of workers clock more than 100 hours per week. A loophole in the Japanese labor regulations, allowing companies to set their own maximum number of hours of overtime, is central to this practice. Bosses may request their employees work beyond the standard forty-hour work week without restriction. Young professionals often carry the burden of this policy as it is much more difficult to refuse extra work while climbing the corporate ladder. Additionally, each time a company lays off an employee, the remaining workers must keep up with an increased workload. Unable to complete their tasks, they must routinely work into the night. Even off-the-clock, employees are expected to attend nomikai: coworker drinking parties. Nomikai is regarded as an integral part of company relations and allows the employees to network and socialize in a more relaxed atmosphere. Typically occurring once or twice a month, attendance is expected in order to remain in good standing within the company.

Over time, the long hours begin to take a toll. The Japanese language even has a word for it: karōshi. Termed in 1978, karōshi refers to any health complications directly related to stress from overwork. This includes suicides, heart attacks, and strokes. Typically, employees at high risk of developing karōshi are those exceeding 80 hours of overtime per month. According to the Japanese health ministry’s survey, 22.7% of companies have workers working over 80 hours of overtime per month.

The topic has come up recently amid the release of details surrounding the death of Miwa Sado, a 31-year-old political reporter for the broadcasting company NHK. Sado died in 2013 of heart failure attributed to stress and overwork including her 159 hours of documented overtime in a single month. While initially kept private by Sado’s family, her parents’ recent decision to publicize the tragedy has highlighted an ongoing problem. Though decades old, karōshi’s perpetuity has led to 2,159 instances of suicide from work-related stress in 2015 alone.

Although Prime Minister Shinzo Abe passed legislation in 2014 calling for a federal study of karōshi and related problems in the workplace, the measures taken have not been enough. While the government has drafted laws to limit overtime to 100 hours per month, many say this will only standardize the number of overtime hours. Additionally, the cap does not apply to professions in high demand such as doctors or truck drivers. Until the government overcomes the industry’s pushback on caps on hours, the work culture will not change.

A main cause of the issue is that there are simply not enough Japanese workers to economically meet the demand. This has been due to an aging population and a tax system that encourages women not to work in order to take advantage of incentives. Thus, big-name companies such as Dentsu Inc., Toyota, and NHK are legally evading decent working conditions with little to no repercussions. Though an employee death will lead to compensation for the family if taken to court, this is still not enough to address the larger issue.

While it is tempting to disavow Japanese labor practices as cruel and demanding, it is important to note that most workers do not complain about their jobs. It is normal to work twelve hours a day. Most Japanese young professionals do so to maintain a comfortable way of life and to support their families. In Japan, the emphasis on work is much greater than in the U.S, and as such the company is seen as a team and no one wants to leave early while others are still working. Analysis of the Japanese workplace must carefully recognize the differences between the U.S. and Japan, as well as the distinct and different patterns of habit that can be detrimental. There certainly is a serious problem in Japan, but it may seem out of proportion if viewed from an American perspective.

Overworking should not be the goal. There is more to life than work and salary. In the coming months, it is my hope that Japan will begin to address karōshi with more attention and place mental health of its citizens as a priority.

As I sit here typing well past midnight, I know that I too should take my own advice, and stop saying, “Just a while longer.”

Previous Article
Why Domestic Students Should Think Internationally
Next Article
This Week in the World | 11.20.17