Skin Color Politics: Colorism and Its Role in Contemporary Society 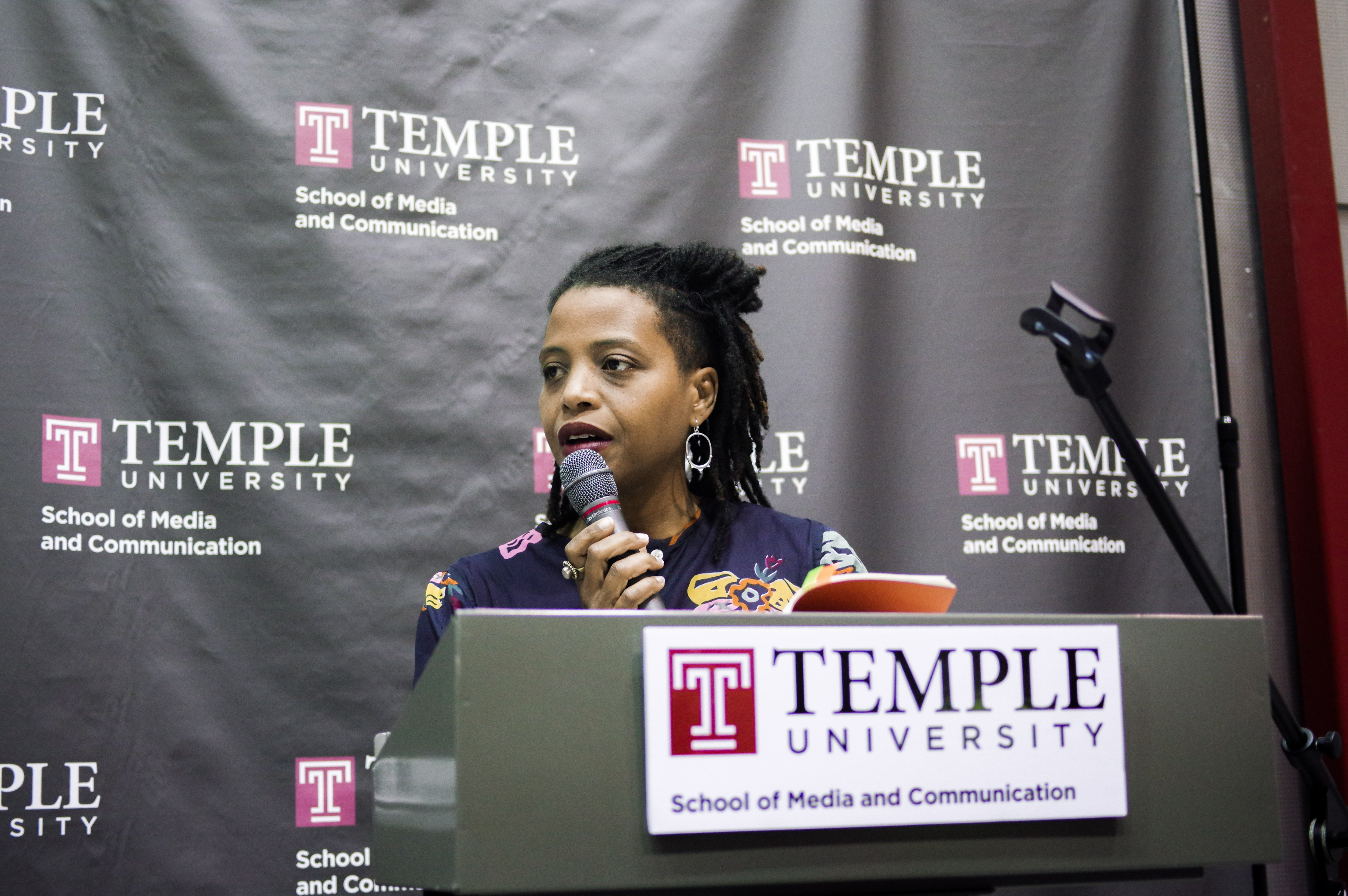 Lori L. Tharps, an Associate Professor of Journalism at Temple University, recently hosted a talk at the School of Media and Communications about her popular new book, Same Family Different Colors: Confronting Colorism in America’s Diverse Families. The book has been met with notable acclaim, earning itself a spot in the Sunday edition of the New York Times Book Review.

It is no surprise that the book has been received so positively; it’s unique, edgy, and covers a topic that is both personal and underrepresented in contemporary discussions of family dynamics.

Tharps based the book loosely off of the color composition of her own family. As a black woman with a white husband, her 3 children ended up each having a different skin color. In the talk and in the book, Tharps recounts some of the challenges she faced while raising children of different skin colors. “I had to decide, do I tell both of my sons how to prepare to be challenged or treated by the police, when one son looks black and the other does not?”

The central theme of the book is the idea of colorism, a word that doesn’t exist in the dictionary but a concept that Tharps argues is integral to understanding contemporary race relations, especially in the context of mixed families.

Colorism can be defined as “skin color politics,” and the preferential treatment that same-race individuals receive because of their skin color. The book makes the important argument that identity is becoming less defined by the narrow categories of race that we assign to individuals and more defined by visible traits. It isn’t a matter of “Black, White, Asian, Latino, Pacific Islander” anymore.

Thanks to an increase in interracial marriage, singular racial categories are becoming obsolete. People often occupy two or more racial categories and their skin color may not reflect the preconceived notions of the race (or races) to which their parents belong. Thus, conversations about race and racism, both within mixed families and in society, should be broadened to include skin color and colorism.

In Tharps’ book, she examines how skin color hierarchies exist in other ethnic groups, and she found that the “bias of dark against light is the same across cultures.” In some cultures, darker-skinned women have lower chances of finding a husband. Job prospects are also affected by skin color. In the United States, according to a study done by Vanderbilt University, immigrants with lighter skin across all ethnic groups earned between 8 and 15% more than darker-skinned immigrants with the same qualifications.

Preferential treatment to individuals of relatively lighter skin is a global phenomenon and no ethnic group or culture is immune to it. Colorism can be found in India, where dark-skinned women are viewed by some as less attractive and Bollywood stars are overwhelmingly fair-skinned. It can be found in Africa, where a recent University of Cape Town study found that one out of every three women in South Africa bleaches her skin. It can be found in Vietnam, where having dark skin is associated with being a laborer and is seen as a mark of low socioeconomic status.

For international students, the vast variety of skin colors and cultures present in the United States is most likely different from the skin color spectrum in their home country.

I asked Professor Tharps if she had any advice for international students who are adjusting to colorism in the United States. “It’s important to understand the forms that colorism takes here,” she said. Tharps stressed the importance of having conversations with people of different skin colors to begin to understand each other’s experiences and pointed out that some recent immigrants may be attached to the colorist ideas of their home countries. “Acknowledge differences, but view them as equally beautiful.”

I also spoke with Affia Muhammad a sophomore who is half African-American, half Pakistani. She talked about her experience dealing with colorism, and how members of her family use derogatory words when speaking about darker-skinned people. She had even been told to use bleaching cream. Affia, however, saw her painful experiences as a form of motivation to fight back against colorism. “The hurt makes me want to educate,” she said.

For international students, bi-racial students, and multi-racial students, colorism can be a challenge. It can be a source of anxiety, a purveyor of identity confusion, and for some, it can be a serious encumbrance. But as Professor Tharps said in her talk, “the public fears what they do not understand.” A broader conversation that acknowledges the intersection of race and skin color is necessary.

By talking about colorism and engaging people from all layers of society, the skin color hierarchy can be better understood. And once it is better understood, it can be effectively dismantled.

Tags:
Previous Article
Food is an Emotion
Next Article
Christmas Village Is More Than Just A Place To Buy Gifts