We have discussed how to find intrinsic motivation through a variety of methods, and I think that there is no better person to learn from than someone who is actually bilingual. I turned to my friend Yuri Suzuki, a current Temple Sophomore from Tokyo, Japan who is studying Communication Studies in Philadelphia for one year. She had not previously studied abroad before this year when she came to the United States. Her reasons for learning English, and most recently, Spanish, inspire me daily. She formed productive habits of using her interests and her love for people to drive her forward. Yuri is an invaluable example of the influence of properly managed intrinsic motivation.

Why did you decide to learn English 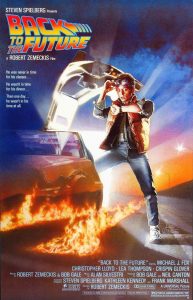 I started learning English when I was thirteen and [after I was] done with middle school. I fell in love with it right at the moment. Mostly because of how it sounds. I really like the accent, pronunciation…and ever since I started learning English I also started watching American movies or TV shows. The culture was so different from what I know. I got attracted to it a lot. Specifically, I watched Back to the Future first. It’s about old America but I really like the atmosphere that the movie had.

[Also] I have a better understanding of what it means to be Japanese. I think interestingly enough I started liking my country more by learning English.

Why is that? Can you give me an example?

Well according to people from other countries, Japan is so clean but I didn’t really notice that until I started communicating with people from other countries in English.
People say you’re so lucky that you were born in such a beautiful country and at first I was kind of questioning it but, how do I put this…[By being able to speak English] I’ve come to feel thankful that I was born in such a safe and clean country [like Japan].

Do you have a routine for learning a language?

Do homework. Whenever I hear or learn new phrases I get interested in them and how people use those words so I do research whenever I can. Maybe write down in a note. Listening to music in English everyday also helps.

What is the hardest thing about learning a new language?

Speaking is the hardest part. I’ve gotten better, but before I would have to structure sentences in my head. It’s hard to do especially when I talk with someone who speaks really fast.

On a scale of one to five, one being low, how important do you think having intrinsic motivation is for learning a language?

I would give it a 4. You don’t have to love the language but if you at least like the language you’re learning, you are showing your respect to the language. I like English and so that helps me…keeps me interested in new words and new phrases.

Do you sometimes look up lyrics to songs and translate them? 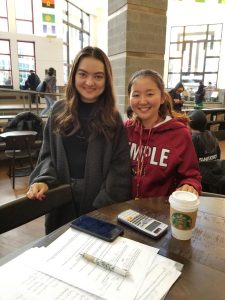 Yes, because sometimes there are a lot of metaphors in the lyrics and it is hard to figure out what they’re saying. It’s still hard for me to catch all of the words in English but I think it helps me when I look up [the] translation or English lyrics. Most of the time I am just happy with the melodies. But when I get into the lyrics a lot I look up the lyrics as well.

When you feel your motivation slipping, what do you do?

I picture myself speaking English and I think “that would be so cool”. I also think you can go back to simple materials that you used to use. In your case, go back to easy Japanese lessons. For me, when I only knew a few words I used to read books for children. Funny TV shows [are good] so you don’t have to think about difficult stuff.

Do you have advice for others looking to learn a language?

Don’t push yourself too much because the whole point about languages is you’re having fun. Maybe you started learning that language because it’s something that made you happy. It’s a huge part of who I am today, so try to think of what kind of message you want to convey to people by using that language, because using that language means that maybe you have a message to tell people in different countries.

By speaking English, what do you want to tell people in different countries?

[I want to tell them about] my love for English. I think I have a lot things that motivate me to get through a day. I think it’s interesting for me that although people speak different languages [and] we all have different perceptions, we’re human beings at the end and we all share the same emotions, we all share this beautiful planet.

Through this short yet insightful conversation that I had with Yuri, I recognized that her advice about “visualizing herself speaking English” is one which Second Language Acquisition researchers have spent years studying. They identified this visualization in the “L2 (second language) motivational self system model” which addresses how those who match their sense of “selves” with their motivation to learn the second language achieve higher levels of language proficiency than those who have external factors and goals such as job promotion.

In my own life, when I picture myself speaking Japanese in the future, I warm up to the idea of studying for my daily Japanese quizzes or getting through my repetitive homework assignments. I know that by pushing through those moments of adversity, and finding further opportunities to “study” Japanese, I will get closer to the ideal future I visualize for myself.

Previous Article
Hot Drinks Around The World
Next Article
This Week In The World | 11.14.18